A HAWKEN!!!
By Montana Grant

Jerimiah Johnson struggled until he came across a 50 caliber Hawken rifle. He pulled it from the frozen hands of Hatchet Jack, on the top of a Rocky Mountain ridge. “This rifle has been a good rifle and killed the bar that killed me”. Johnson’s luck changed when he began using the best quality rifle of his time.

Samuel Hawken was born on Oct. 26, 1792. He became a noted gunsmith and made marksmen until 1884. His gun shop was in Hagerstown, Maryland. Along with his brother Jacob, the Hawken’s made the most powerful and accurate weapons of their time. Their “Plains Rifle” was a favorite of Buffalo hunters and fur trappers. It was reliable, durable, and accurate. When business grew, they moved to St. Louis and made guns for the western hunters and pioneers. 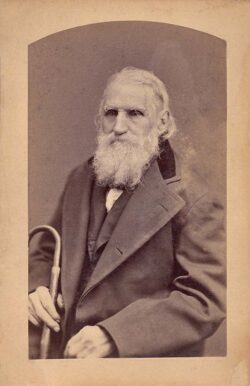 The Hawken Brothers were considered the best gunsmiths in St. Louis. The earliest known order for Hawken rifles was from the American Fur Company. They ordered 18 rifles in 1825. The brothers were able to produce 100-200 rifles a year. Their peak production came during the 1849 Gold Rush.

Breech loading rifles became their competition in 1855. Hawken retired and passed his business on to his son.

Samuel Hawken lived to be 92 and died at his home in St. Louis.

Surprisingly, Montana does not yet have a muzzle loading hunt. You can use this primitive weapon in some weapons restriction zones, but it would be wonderful to have a 2-week black powder elk and deer hunt in earl October.