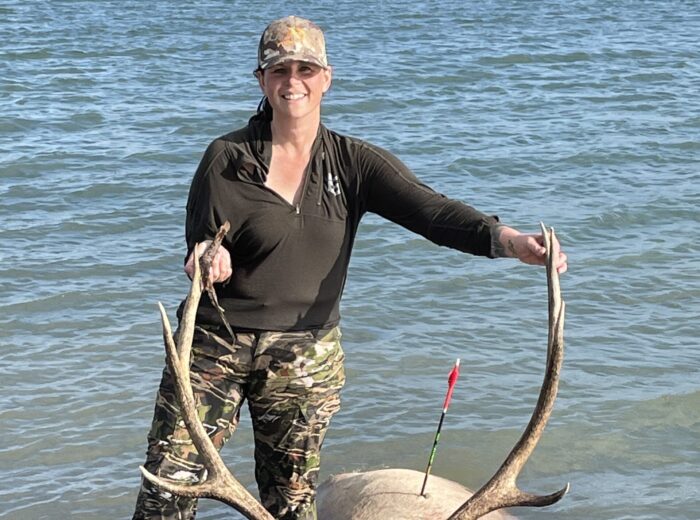 A Fort Peck elk hunt to remember
By angelamontana

We received a great summary of an elk hunt that Kristie Barnard, of Hinsdale, successfully participated in recently at Fort Peck, and it is definitely worth sharing!

Relive her hunt through her words, and congratulations, Kristie, on a very nice bull that you definitely had to work for!

We were Glassing first thing in the morning and saw elk come over the ridge from lake side, still a little dark to tell. Walked out on a point and watched the bull I got and what we thought was one cow. Waited for him to feed around the bottom of a coulee out of site.

Made our way into the bottom and snuck up this hill which we knew he was around the corner cause we could smell him but had 2 doe’s below him feeding and didn’t want blow them out for fear elk would be gone. The Doe’s blew and took off, the elk thankfully didn’t move.

Snuck up half way up hill, John (my brother) could see his antler and he was laying in a juniper. He ranged him and he was at 30 yards. John grabbed a rock and flung it to get him to stand up. He stood up, but I still couldn’t see him. He finally ran up other side, and I shot him at 40 yards. Thought I hit him pretty good behind the shoulder but wasn’t bleeding real good, and he took about 2 miles across the flat and went and laid in a juniper.

So, we made our way over there and snuck on him and he bolted and went up and around over the hill. My brother ran up to see if he could see where he went. By the time I got up there, he had gone a ways and went and sat in the lake, so we knew he wasn’t feeling real good. So, we snuck down behind this little knob right in the water and snuck in and got in some brush and then a boat went by but he still sat there.

Shot him again at 40, and he proceeded to swim and then realized he got tired and tried to come back and then he went under and didn’t see him again for a good 10 min. John and I were both waist deep in the water trying to figure out just how deep it was. About then, he floated to the top, and I jumped in and didn’t care–I was not letting him go at that point.

By time I got to him, I couldn’t touch but I grabbed him with one hand and paddle with my other and my feet until I could touch. Well My brother  had already fled back to shore so he could get a picture of me! Ha!

Way to go, Kristie!  Awesome story, and thank you for sharing! 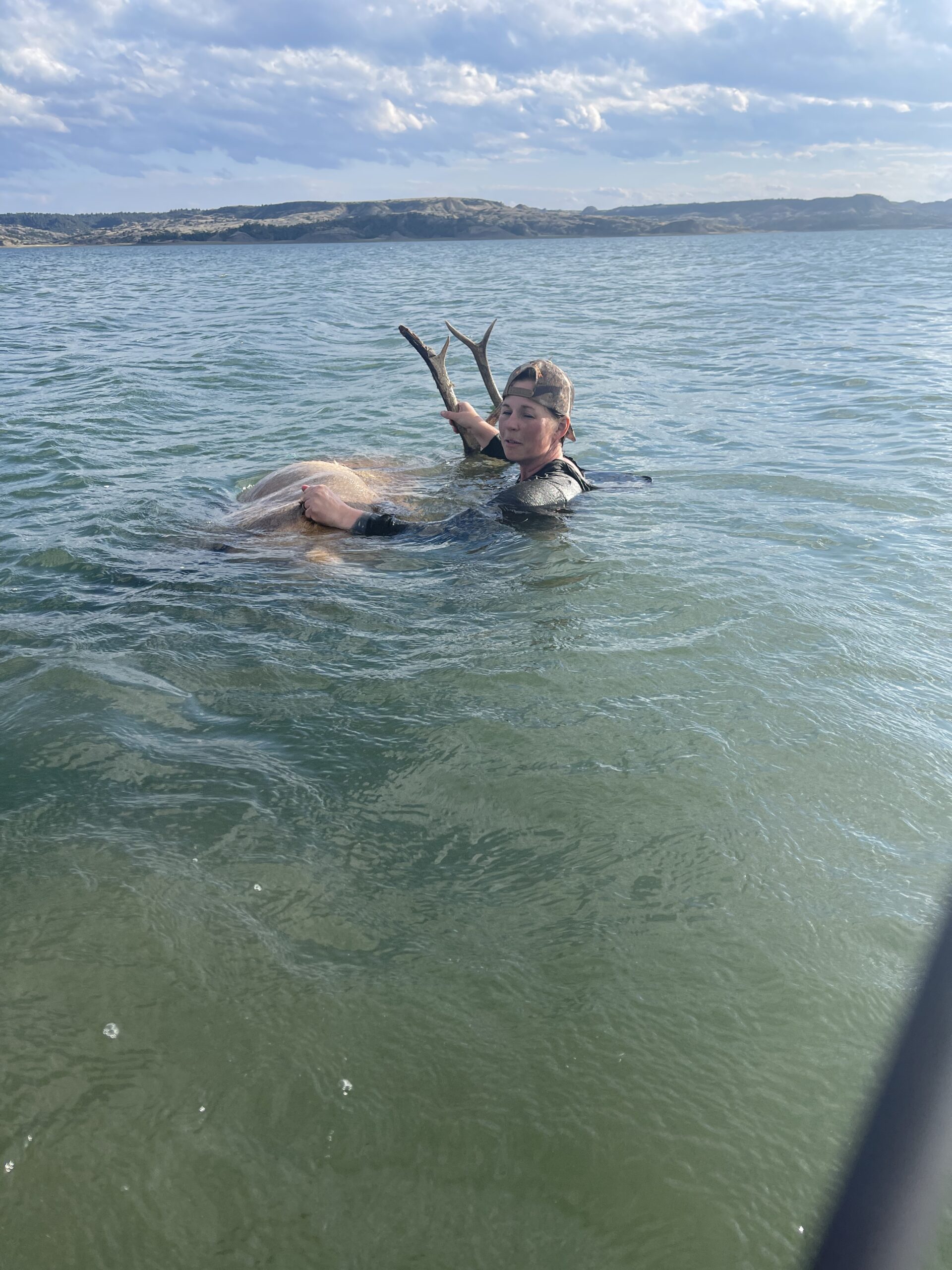 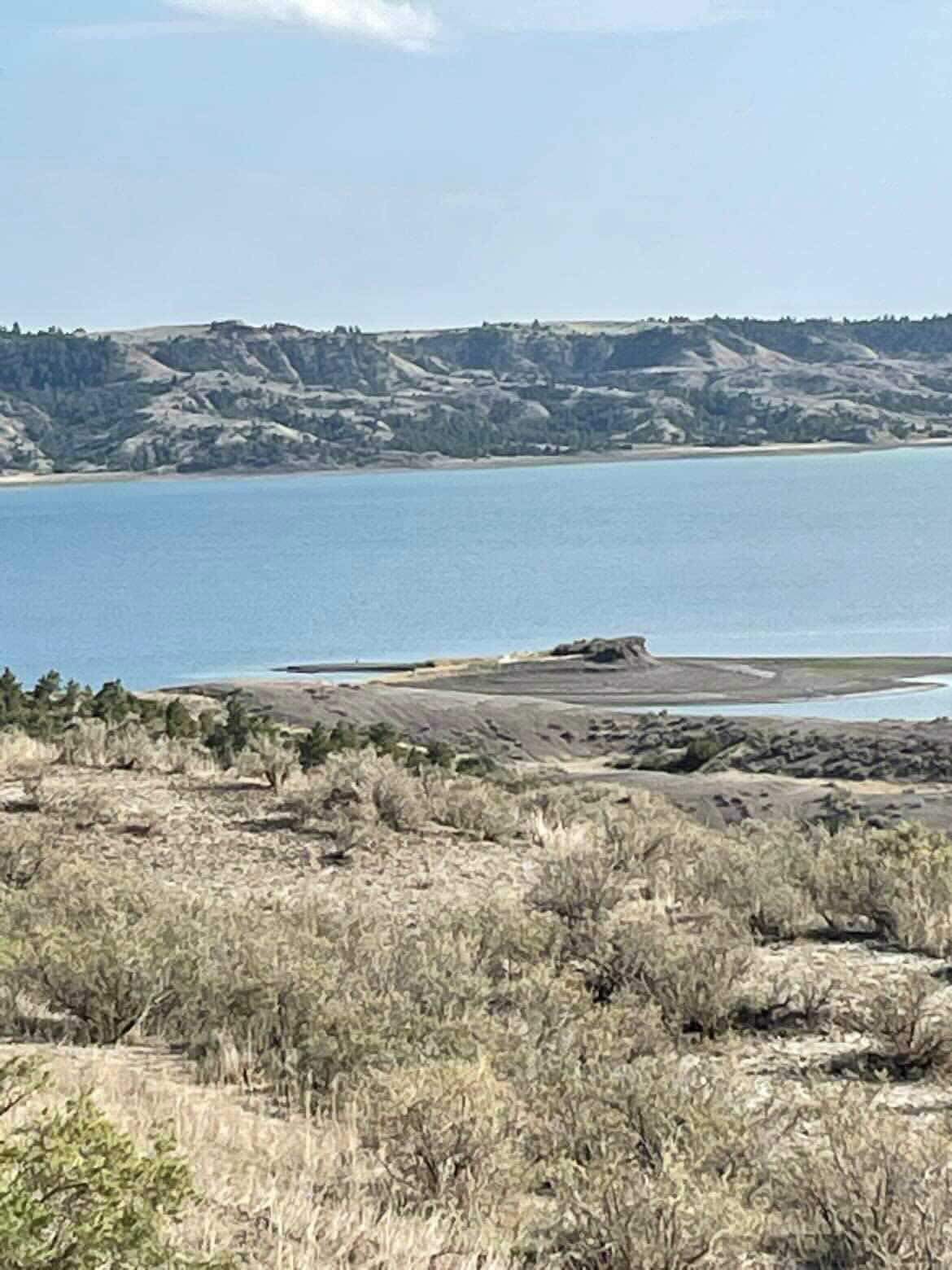 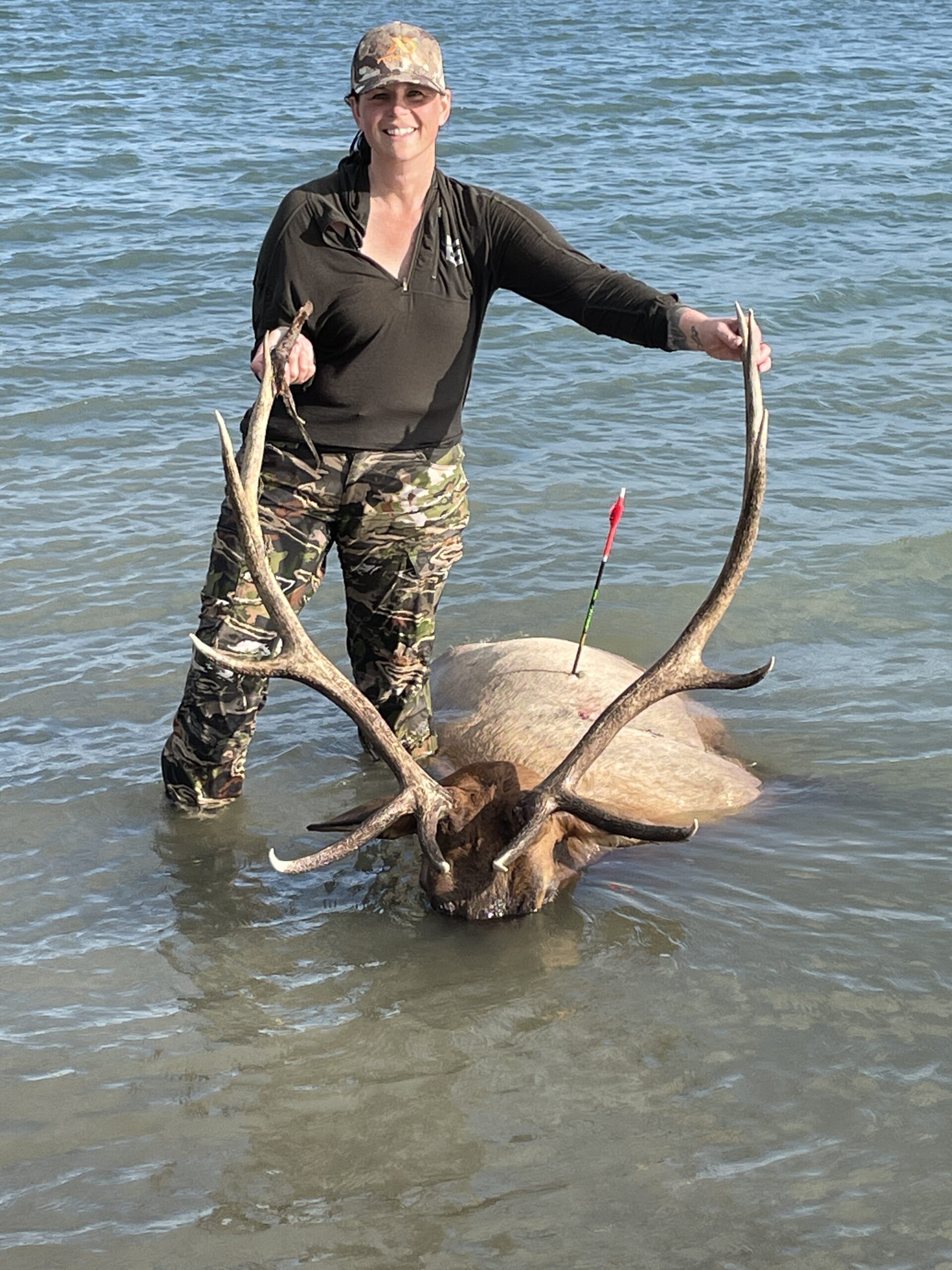