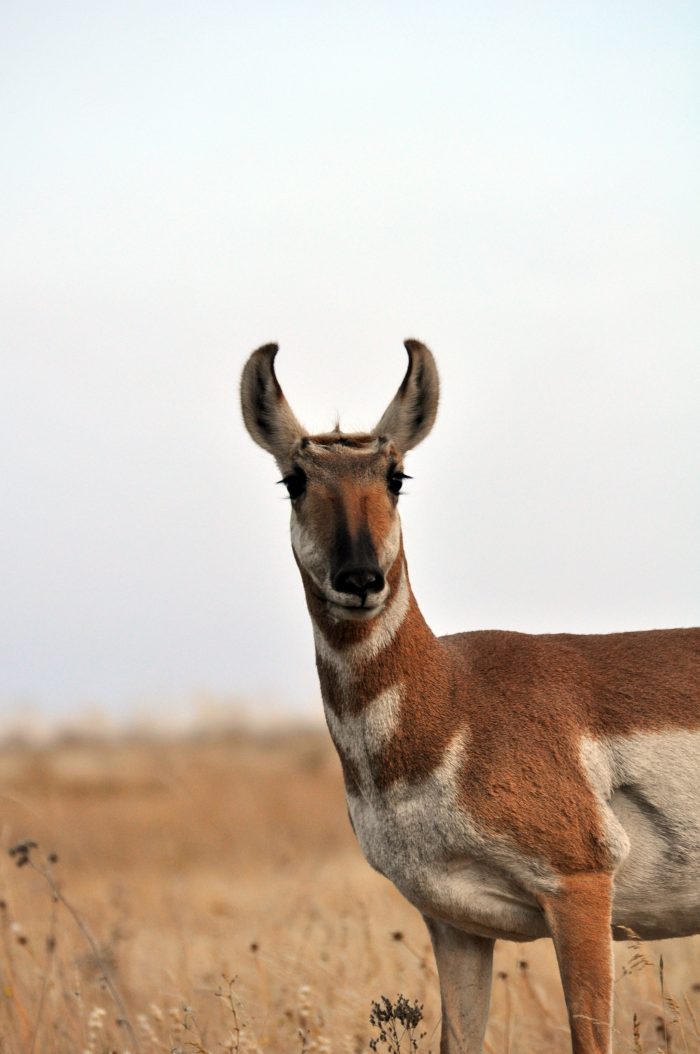 MILES CITY – Opening weekend for the antelope rifle season ushered in some wet conditions, which were welcome in the drought-stricken region but made hunting a bit more challenging. Below is a look at hunter numbers and harvest success rates at the three check stations operating in Southeastern Montana’s Region 7.

“The large amount of precipitation across the region made for tough conditions on opening day,” said FWP Region 7 Wildlife Biologist Steve Atwood.

“I was expecting vehicles covered in mud, but I didn’t see much of that at Hysham check station on Sunday,” Atwood said. “From my perspective, it appeared that hunters were responsible and either postponed their hunts or focused on areas that were accessible via improved roads.

“Sunday was a beautiful day and people were better able to get out,” he said. “Antelope hunter success rates were average for opening weekend, and most hunters reported seeing adequate numbers of antelope, but fewer than last year, which is consistent with FWP’s survey efforts.”

Hysham saw 88 hunting parties come through, with 145 hunters. They harvested 62 bucks and 13 does or fawns for a total of 75 animals. That meant a success rate of 73 percent.

“The feedback from upland game bird hunters was varied,” Atwood said. “Even hunters who were coming from the same area had a different perspective on bird numbers. However, a consistent comment was that when they did locate birds, the lack of cover due to droughty conditions made it difficult to get in range before flushing.”

Ryan DeVore, wildlife biologist at the Broadus check station, said hunters there were satisfied, and most had an opportunity to fill a license. Many hunters took advantage of the second opportunity doe/fawn license (799-30) and went home with two animals.

DeVore also applauded hunters for being responsible and staying off muddy roads.

“Opening day was very wet and rainy until late afternoon but was followed by a beautiful day on Sunday,” said Wildlife Biologist Emily Mitchell. “Many hunters came into the check station with very muddy vehicles, even if they waited until Sunday to hunt.”

“We saw quite a few more hunting parties than usual, likely due to the rain on Saturday, but with a similar success rate from years past,” Mitchell said.

Mosby saw 68 parties with 112 hunters, checking 73 antelope. Fifty-five were bucks and 18 were does or fawns. Hunters there had a 70 percent success rate.

“The majority of hunters were very happy with their hunt, even if they were leaving empty handed,” she said. “All hunters reported having an opportunity to harvest an animal. We did hear it was a harder hunt, with fewer groups than normal, but they also liked seeing fewer hunters out in the field.”

“I would like to remind hunters that if they purchased a doe/fawn license (799-30) over the counter, via an email they received after the draw, those are only valid in HD704 and HD705 in the far southeast corner of the region,” Mitchell said. “Please check your tags and know where they are valid before you head to the field.”