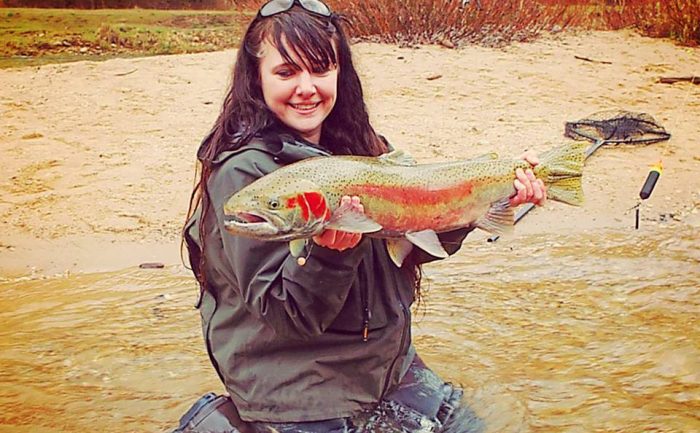 Steelhead angler effort on the upper Salmon River increased during the previous week but remained low overall. One angler reported releasing a steelhead downstream of the Middle Fork Salmon River in location code 14 which resulted in an average catch rate of 49 hours per steelhead caught. Anglers interviewed upstream of the Middle Fork in location codes 15 and 16 did not report catching a steelhead.

Colder weather and precipitation moved into the area during the weekend, and this helped to improve river conditions. Currently, the Salmon River is flowing at 992 cfs through the town of Salmon, ID which is 79% of average for today’s date. This is a noticeable increase in flow compared to last week’s report when the river was at 638 cfs.  Due to the increased flow, the river had cloudy visibility in all areas downstream of the East Fork Salmon River. Additionally, river temperatures were in the low 50s on Sunday, and by Tuesday, river temperatures had dropped into the mid-40s.

We would like to remind anglers that the steelhead bag and possession limits for the fall 2021 steelhead fishery are 1 steelhead per day and 3 in possession. For additional information anglers can visit the IDFG Steelhead Seasons and Rules webpage at idfg.idaho.gov/fish/steelhead/rules.