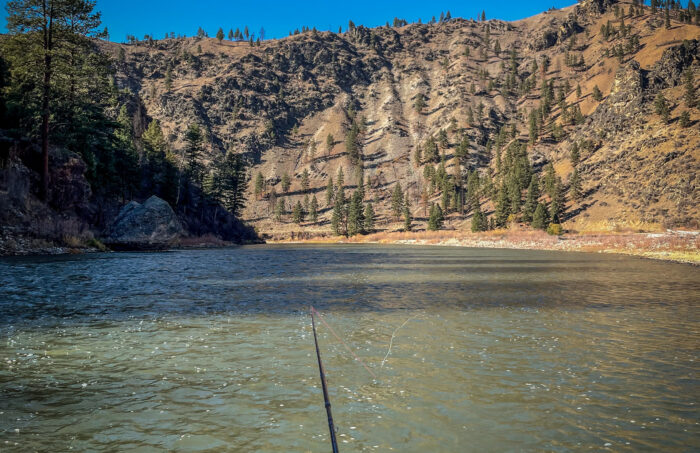 River conditions continued to improve gradually throughout the week, and by Sunday afternoon, the river had approximately 4 feet of visibility with water temperatures in the mid-40s. Water temperatures dropped even more Sunday night and are currently in the low 40s. Additionally, the Salmon River is flowing at 1,150 cfs through the town of Salmon, ID which is 87% of average for today’s date. For a more detailed explanation of the cloudy water conditions the upper Salmon River has been experiencing this fall, anglers are encouraged to read this recent blog post on the IDFG website.

We would also like to remind anglers that the steelhead bag limits for the fall 2021 steelhead fishery are 1 steelhead per day and 3 in possession. For additional information anglers can visit the IDFG Steelhead Seasons and Rules webpage.