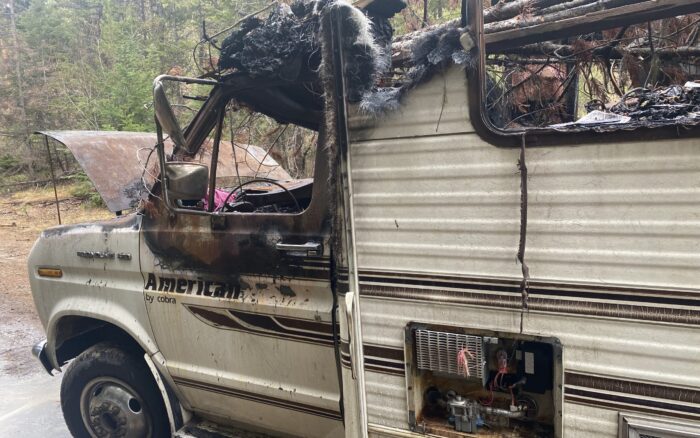 An unfortunate scene in a beautiful Montana forest
By angelamontana

While going for a drive on the backroads of western Montana a couple of weekends ago, having a blast and admiring the beauty of our area, a few friends and I headed up Henderson toward the Camel’s Hump area, and came across a disgusting scene.  We saw what used to be a class C motorhome with Washington plates that somebody had clearly tried to burn, or it possibly caught on fire, abandoned.  It was just left there off of a two-track road near the main road.  Mostly burned, dilapidated, with garbage in and around it. What was even worse was that in a puddle next to the vehicle, that had children’s toys and baby bottles in it, were hypodermic needles.  The whole scene was disturbing.  We wondered why it was there, as it looked like it had been there for quite some time, and surely somebody had seen it.

We called the Mineral County police department, and a deputy said that the motorhome had been reported a while back and that it was already supposed to have been cleaned up–which brings up another topic.  People can, and do, drop off any type of trash, including their vehicles they made drugs in and also drug paraphernalia that can be dangerous to other people and animals, and somebody else cleans it up.  That is a shame.  Because how else will it get cleaned up?  It is a damn shame.  Kind of like Adopt-a-Highway — why on earth are people throwing garbage out the window?  We all have our own opinions on the money Missoula spends cleaning up after others in their town under the bridge on Reserve and elsewhere, but that isn’t for this story.  The fact is that this happens quite often everywhere, and it just sucks.  What ever happened to accountability?

Ultimately, the shame is that there are people out there who are not held accountable–whether it is because we can’t find them or if it has to do with drugs…or not–and that is just unfortunate.  Less and less people are held accountable these days, and integrity seems to mostly be a thing of the past.  This breeds the same actions from other people with that same mentality of never getting caught, and they end up doing the same thing.  I am sure this is an issue that will never be fixed due to various reasons, but I am pretty sure, or at least hope, there isn’t a single person reading this that throws their garbage — or carcasses — on the side of the road or in our forests.

If we had even one less person a week dumping their trash, vehicles or whatever it is they dump, it could make a difference, I believe.  All we can do is each do our part in being good people and hope those people with that mindset change.  Ah….we can dream, can’t we? 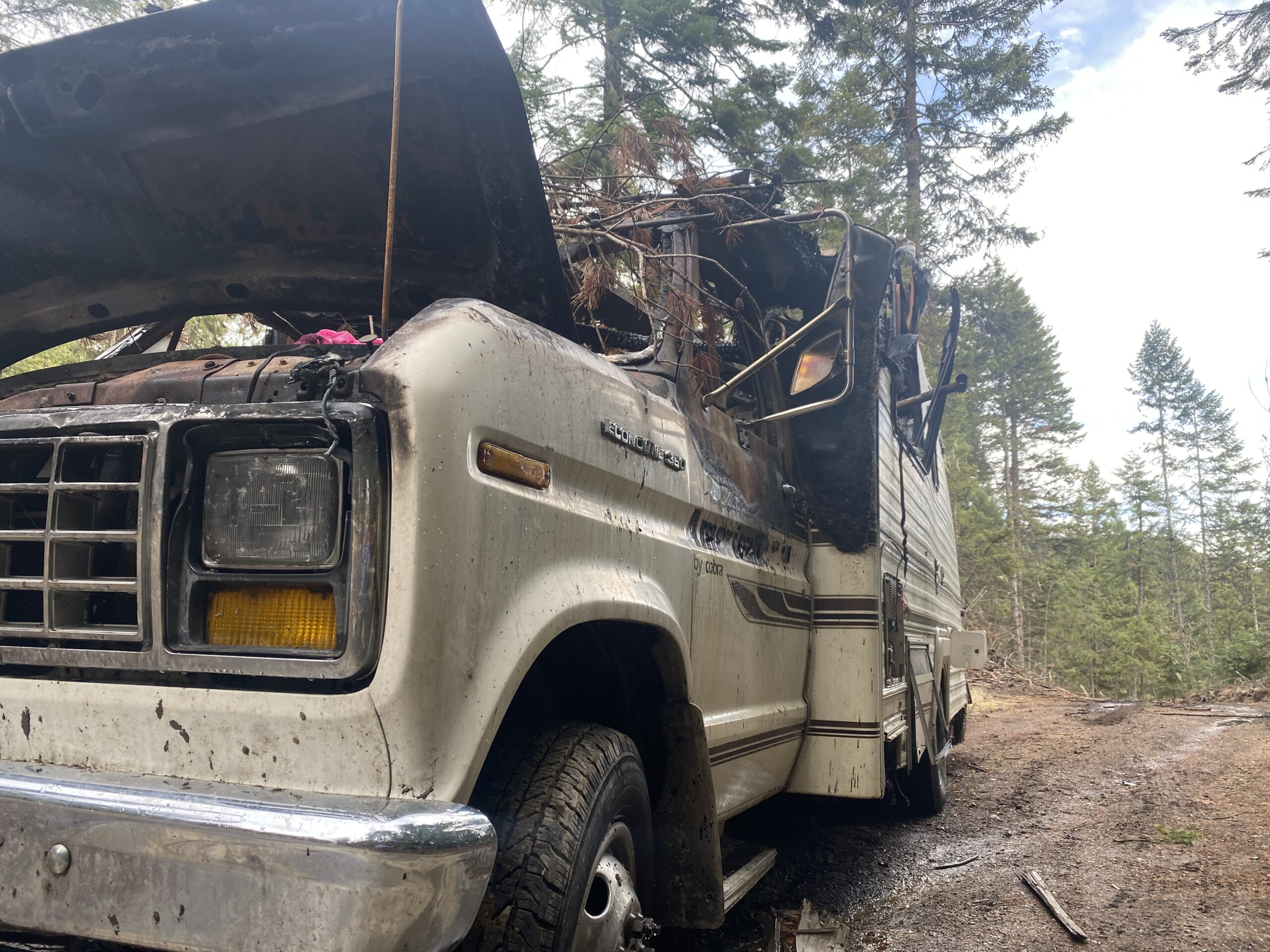 Sucks to see this 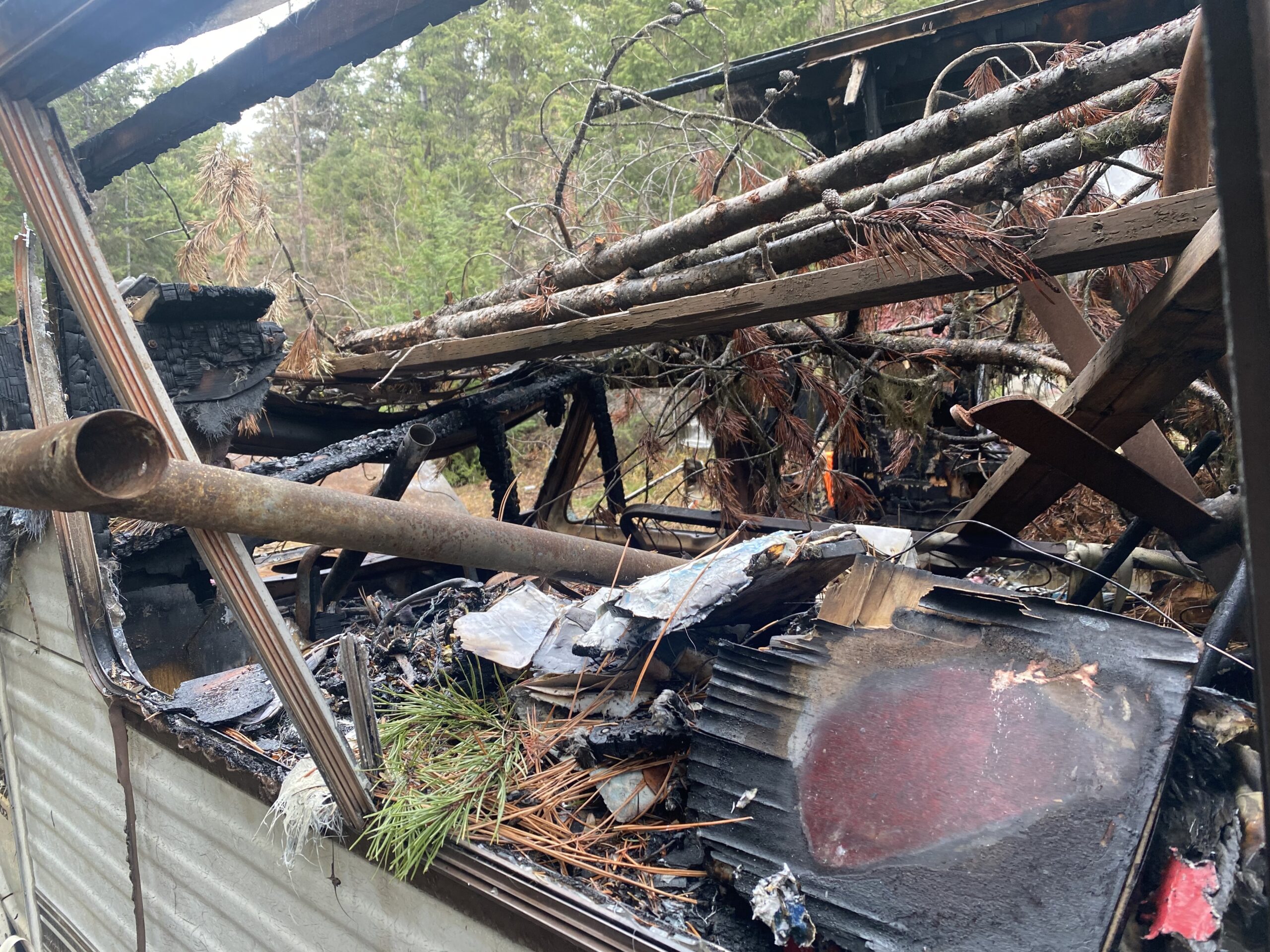 Filled with things that are probably not good for wildlife.. 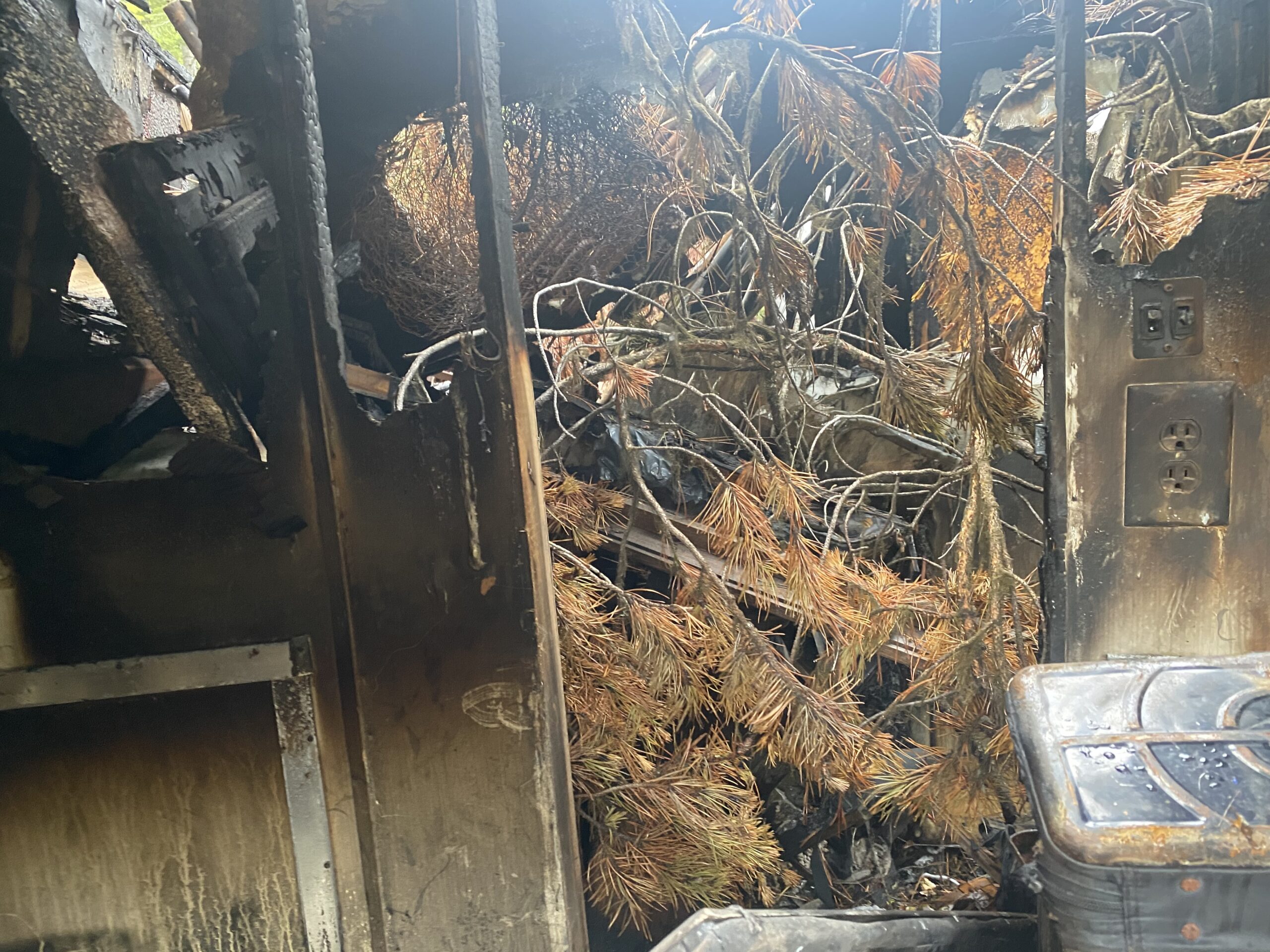 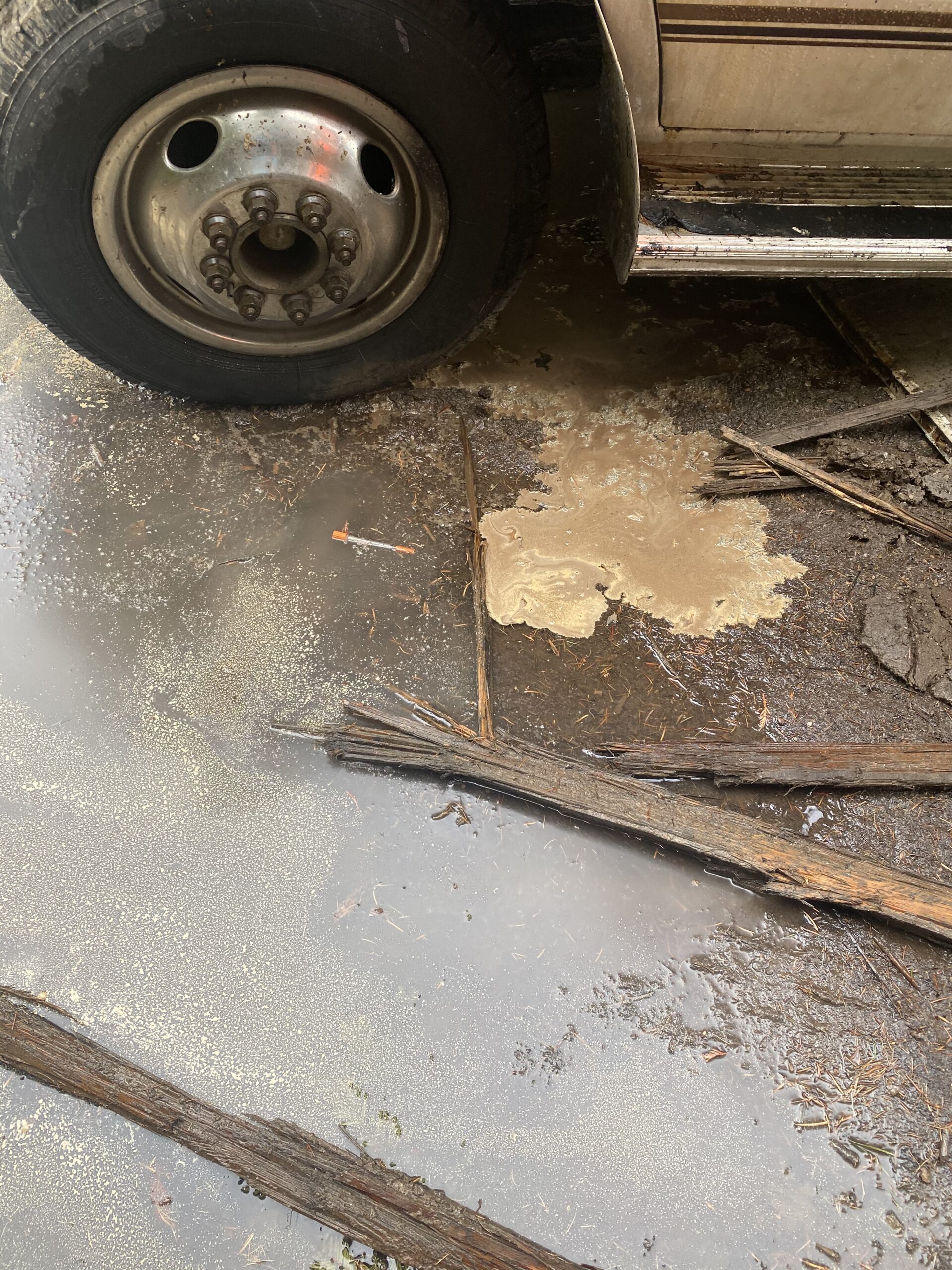 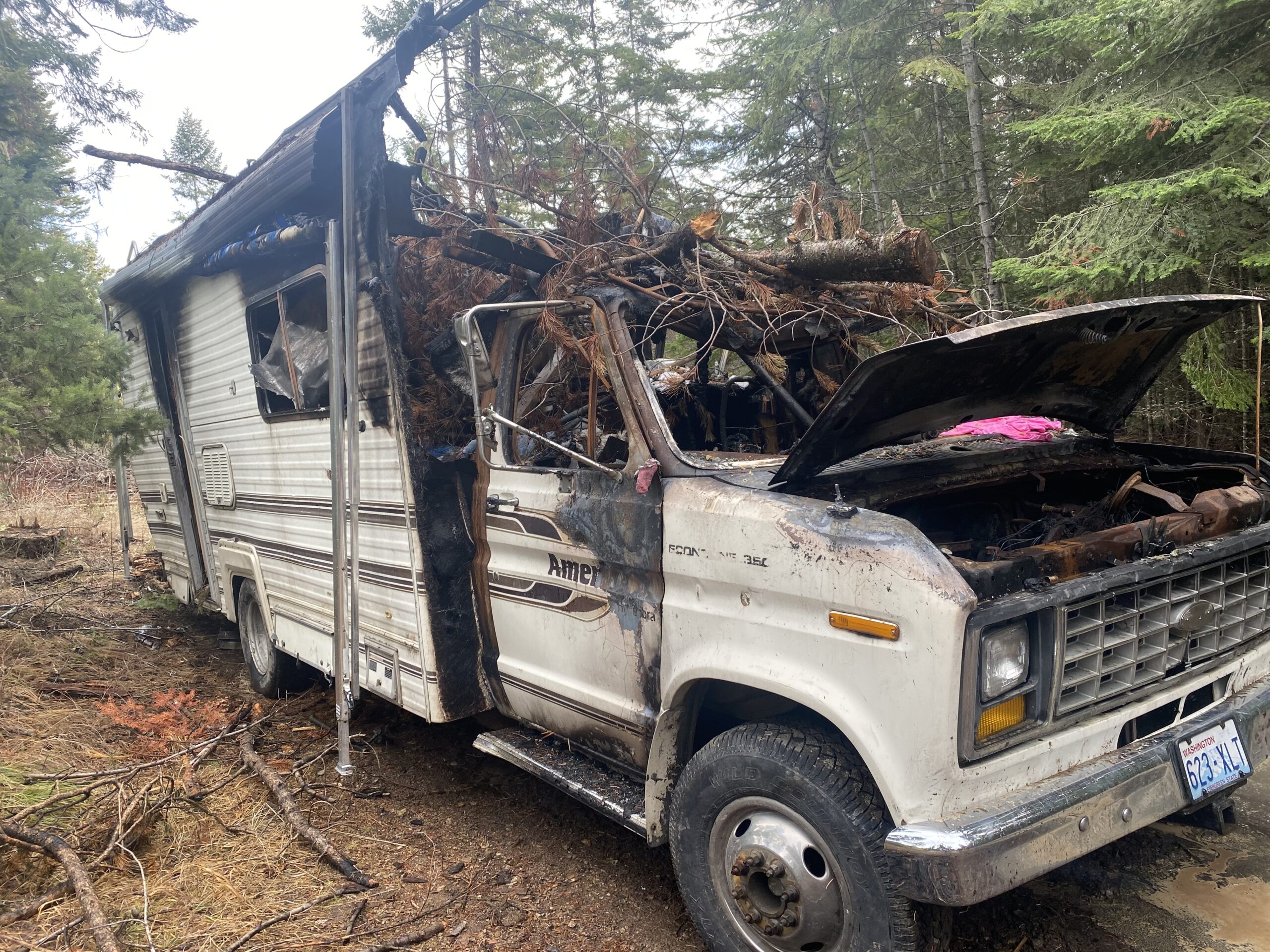