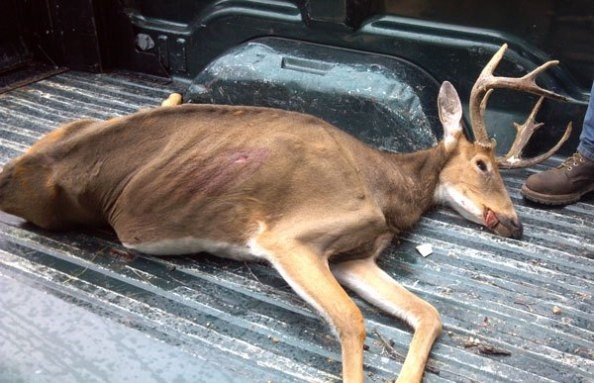 CWD NUMBERS UP IN MONTANA!!!
By Montana Grant

HELENA – Montana Fish, Wildlife & Parks staff is on pace to collect a record number of chronic wasting disease samples from deer, elk, and moose this year.

Between July 1 and Nov. 12, FWP staff collected 3,147 CWD samples, of which 1,613 were from the 2021 priority sampling areas located in northwestern, northcentral, southwestern, and southcentral Montana. This is above last year’s 2,966 collected samples within that same time cycle. In addition, hunters have submitted 239 samples this year, down from 430 hunter-submitted samples at this time last year. 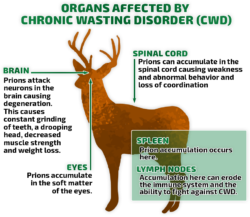 The samples were tested at the Montana Department of Livestock’s Veterinary Diagnostic Lab in Bozeman. Average testing turn-around time is currently seven days, which is quicker than previous years.

“Hunters expect quick results when they get their animals tested for CWD and the Department of Livestock has provided that,” said FWP director Hank Worsech. “We’re grateful to have this in-state capacity for testing.”

So far 64 animals tested positive or suspect for CWD. Here is a breakdown of positive and suspect results by species:

CWD is a contagious neurological disease that infects deer, elk, and moose. It is always fatal and there is no known cure. It was first found in Montana in 2017. It is not known to infect humans, but it is strongly recommended that people not eat meat from infected animals and to have their harvested animals tested before eating them if they were taken from an area where CWD is known to exist.

FWP covers the cost of testing hunter-harvested animals for CWD. Hunters should look online for information on how to take a sample themselves and submit it for testing or bring animals to a CWD check station of FWP regional office for sampling. Sample submission is voluntary throughout Montana. For more information on these surveillance areas and how to submit samples for testing, visit fwp.mt.gov/cwd.

CWD is no joke. This disease could impact the future of hunting. Many soup kitchens and others will no longer take donations. So far, there has not been an issue consuming cooked wild game but… There is much we do not know about CWD.

Take a good look at the critter before you shoot. If you see signs of emaciation, irregular movements, or other handicaps, let it pass.

It is wise to have your harvested animals tested to be sure. Game can be infected and not show symptoms for 2-3 years. If the animal is infected the outcome is fatal.

Wear plastic gloves when processing/ gutting every animal. Remember the spinal fluid, brains, and glands seem to the most likely areas to spread the disease. Use a separate saw for the skull or spine cuts.

Dispose of carcasses completely and properly. It is recommended that you bury the carcass and cover with at least 2 feet of soil.

Be CWD Aware and alert.