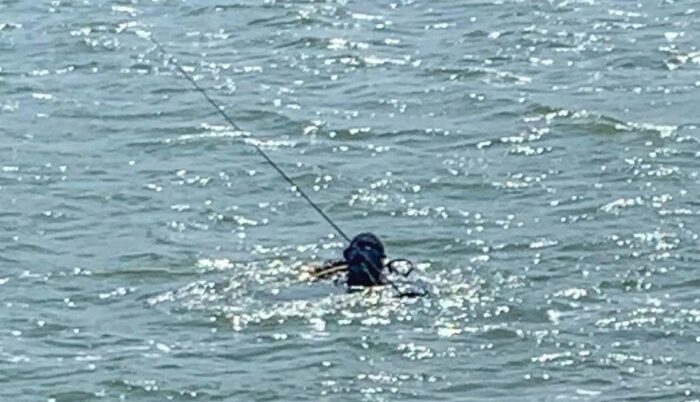 Do you have a favorite fly rod or fishing pole?  Maybe a lure?  If so, at what lengths would go through to get it back if you dropped it?  Here’s a story about a guy who was not letting his fly rod go without a fight.

POWELL — Ben Borcher was on the water with his son, Christian. Fishing is a long tradition in the family and on this day, it was just the two of them in a small raft on Cody Reservoir.

Alongside Ben was a very special fly fishing rig. He had helped pick it out for his father’s 59th birthday. It was the nicest fishing pole Lynn Borcher had ever owned.

“He never had great gear, but he loved to fish,” Ben said.

Shortly after receiving the gift, Lynn was out fishing on the North Fork in a deep hole near a rock formation locals call “Laughing Pig.” He was on a rare Monday trip instead of in his Powell office selling insurance.

After a great day on the river with his brother, Kenny, the 59-year-old stopped to chat on the trail leading back to the truck — and he fell. Lynn suffered a massive heart attack, his fishing gear in his hands.

“It was the best worst thing that could have happened,” Ben said. “He died doing what he loved.”