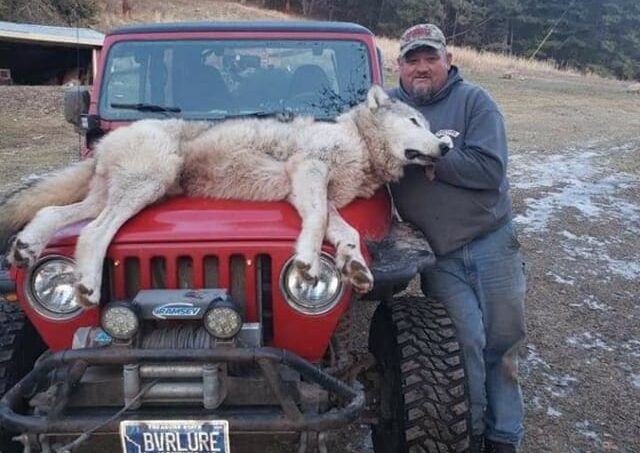 John Wilson, also known as Water Trapper on Montanaoutdoor.com, submitted a photo of him with one of his wolves he trapped in a previous wolf season to a photo contest hosted by an outdoor group, and his photo won $500.00!!  The photo, pictured above, is a great photo that shows a sportsman successfully achieving what many sportsman wish they could achieve–harvest a wolf…or more than one!  But wait….there’s more!

Water Trapper not only posted a message about this fantastic photo on his Facebook page and gave permission for MORS to use it, but an anti-sportsman group based in Missoula actually used the photo, without permission, in an amateur Peta-ish anti-trapping/save-the-wolves commercial.  I must say I am all about a creative outlet, but if you have enough money to get a commercial broadcast to show on streaming tv and local networks, number one–that can’t be cheap in itself, even though I did see the quality of the commercial, but number two–imagine how much they would spend if Water Trapper actually sued them for copyright infringement.  That may or may not be in their future, time will tell, but as Water Trapper stated on his social media post, “I guess they know good photos!”

Boy, is he right!  Way to go, Water Trapper, and good luck repeating history with a few more photos like this within the next year!  Thank you for helping to manage our wildlife population!