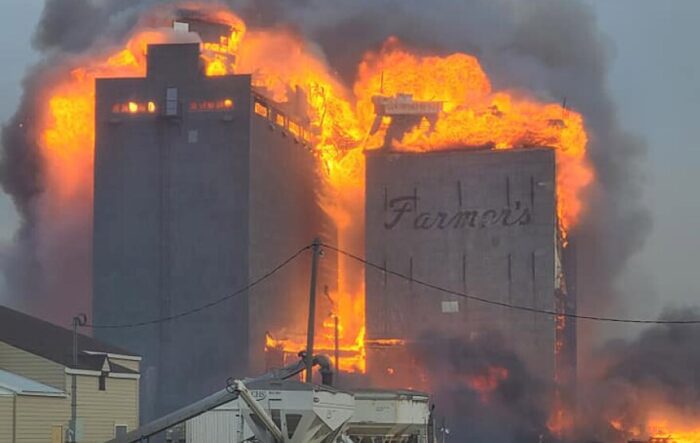 Montana wildfire update for December 01, 2021 by MTPR
By angelamontana

The town of Denton in Fergus County in central Montana is under an evacuation order because of a fast-moving wildfire.

The Department of Natural Resources and Conservation reports the West Wind fire is human caused. DNRC says as of Wednesday afternoon there are 17 active wildfires in Montana, 4 started within the last 24 hours.

The Fergus County Sheriff’s Office is urging people to stay out of the region.

“It rolled down the hill through pasture land, got into some outbuildings and vehicle storage, and then got into the Gibson Flats neighborhood.”

Jones says 11 homes, seven garages and 11 outbuildings have been destroyed.

Around 75 firefighters from multiple agencies were on scene all Wednesday morning. Chief Jones expects several fire engines to remain until Thursday.

An evacuation center has been set up at Great Falls Central Catholic High School. So far around 65 residents have checked in with the American Red Cross to say they are safe.

Cascade County Sheriff Jesse Slaughter says there have been no injuries or deaths but he did report one deceased chicken.

The fire was first reported at 2:41 a.m. A cause has not yet been determined.

A roughly 500 acre wildfire that led to the evacuation of around 100 people Wednesday morning in the community of Blackfoot is fully contained.

Arnoux tells Montana Public Radio there are no reported injuries, but several outbuildings and vehicles were burned.

That fire, pushed by strong winds east of Browning and south of Great Falls, was first reported at about 4:30 Wednesday morning.

Tribal offices and Browning Public Schools closed Wednesday due to the high winds and fire danger.

Highway 2 from Browning to Meriweather was closed for several hours but has since reopened.

The cause of the fire is under investigation.