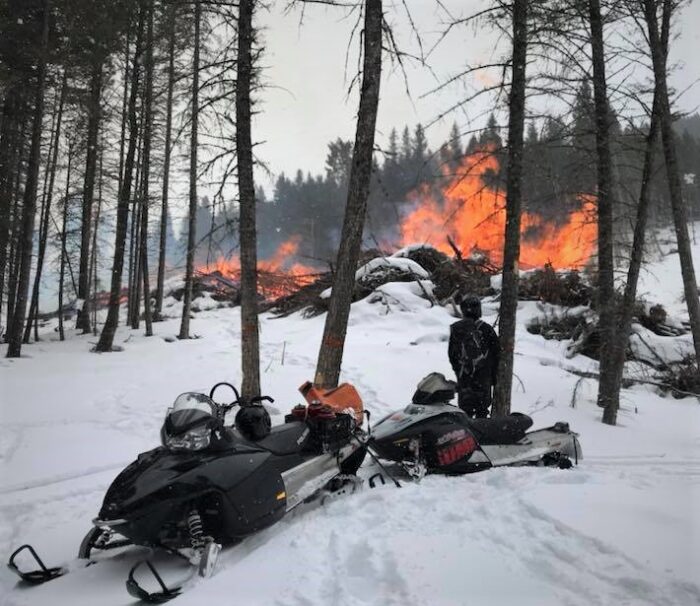 WINTER ON FIRE!!!
By Montana Grant

Recently, fires burned up more Montana real estate. You would think that December and Winter would be some time when fire season takes a break. 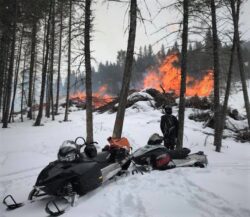 Over 90% of our forest fires are started by people! When I heard that fact, I was amazed. What kind of person would burn up our forests?

Some of the reasons are familiar. Some bored firefighters, that get paid when they are putting out fires, have been known to start fires. Fireworks are a seasonal culprit. Unattended or poorly put out campfires are another problem. Landowners burning weeds and ditches have had fires get away from them. Hot mufflers on wheelers and other off road motorized vehicles have also been known to kindle a fire.

Nature can also ignite fires. Lightening is no joke and can happen in a blizzard. Damage to power lines, earthquakes, and other weather-related malfunctions can ignite fires. Legal prescribed burning is also a Winter chore.

Recently a couple of Great Falls kids were playing with leftover fireworks. They were filming their exploits on their cell phones when things went wrong. With little to no snow or rain, the grasslands and forests are tinder dry. Sparks from the fireworks proved that fires can be a problem in December too. The kids have been caught after they were showing off their arson adventure videos.

The Forest Service records show that fires have happened every month of the year in Montana. More fires occur when more people are in the forests. Maybe it is not seasons and weather to blame. It seems like fire season will become longer thanks to human fire bugs.

Keep your flames under control!