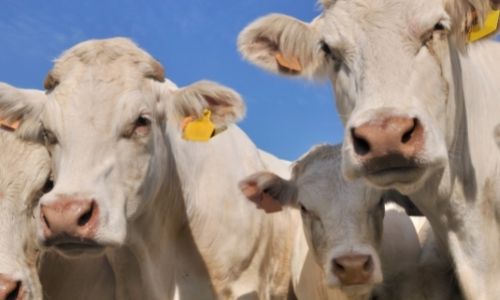 This isn’t good.  Here is a statement from the Department of Livestock in Montana:

This is the 11th brucellosis affected herd detected since the creation of Montana’s DSA in 2010.

Helena, Mont. –  On Wednesday, January 5th, the Montana Department of Livestock received notice that an animal from a Madison County ranch within Montana’s brucellosis Designated Surveillance Area (DSA) has been confirmed positive for brucellosis.

The positive animal tested as a ‘suspect’ on a whole herd test conducted in December 2021.  Pathologists at the Montana Veterinary Diagnostic Laboratory collected tissues and forwarded the samples to the National Veterinary Services Laboratories in Ames, Iowa where infection was subsequently confirmed. The ranch has been placed under quarantine and an epidemiological investigation has begun. The positive animal was tested negative the prior year, which allows the Department to reduce the scope of the disease investigation

Voluntary whole herd testing is an effective method for DSA producers to protect their herd. Early detection of infections allows producers to find the disease before disease spreads within the herd, minimizes the time needed to clean up a herd and thereby shortens duration of quarantine, and allows herd owners to control when testing happens, often by pairing with other ranch management activities.

“A high rate of testing, much of it voluntary, is the primary reason we continue to find affected herds rapidly”, Zaluski said. “A robust testing program not only minimizes the impact to that operation but protects our state and our trading partners.” Zaluski further praised Montana DSA producers for their high rate of compliance with brucellosis testing regulations.

Past cases of brucellosis in livestock were the result of transmission from infected wild elk as determined by an epidemiological investigation that included genetic fingerprinting (genotyping) of the cultured bacteria. The source of infection in the Madison County herd has not yet been determined.