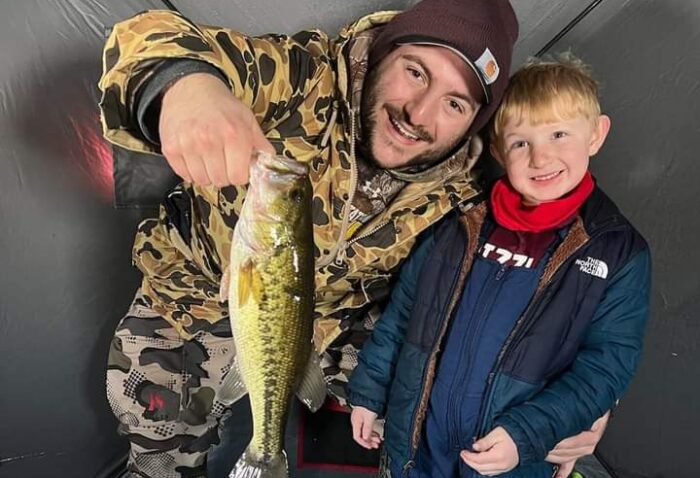 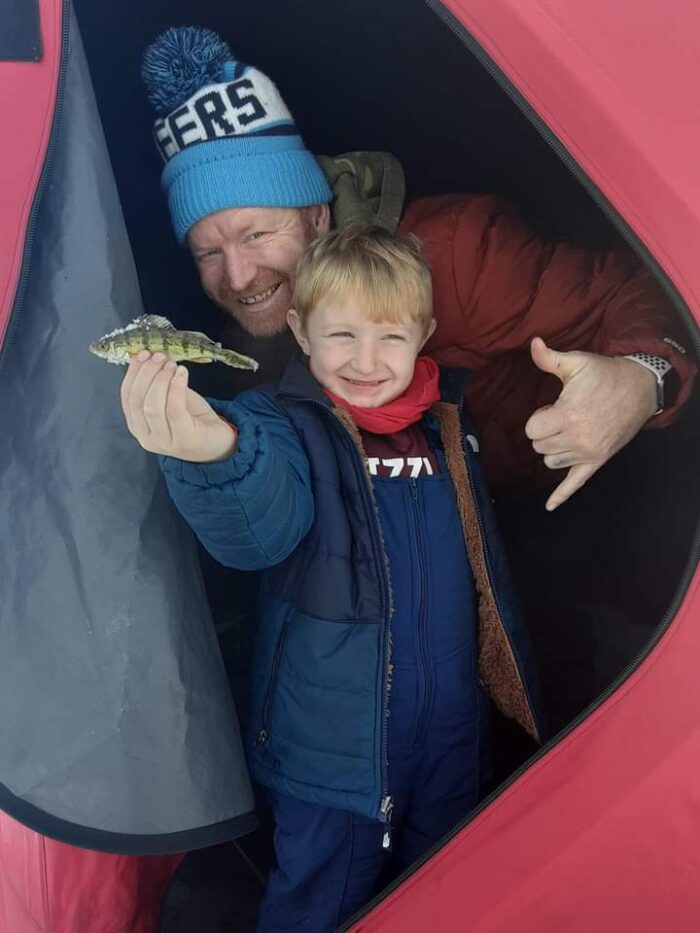 We set up in 13 feet of clear water with a solid 6 inches of ice.  We ended up catching a mixed bag of rainbow trout (averaging 8-12 inches), largemouth bass (with a few scale tippers), perch and sunfish.  Frenchtown Pond is a great place to take kids, as there is constant action throughout the day with clear water allowing you to see the fish and the bottom.  Most fish where caught on small tungsten jigs loaded with maggots and on small kastmaster spoons tipped with maggots set on a jaw jacker jigger base combo, adding some exciting set line action with the trout. 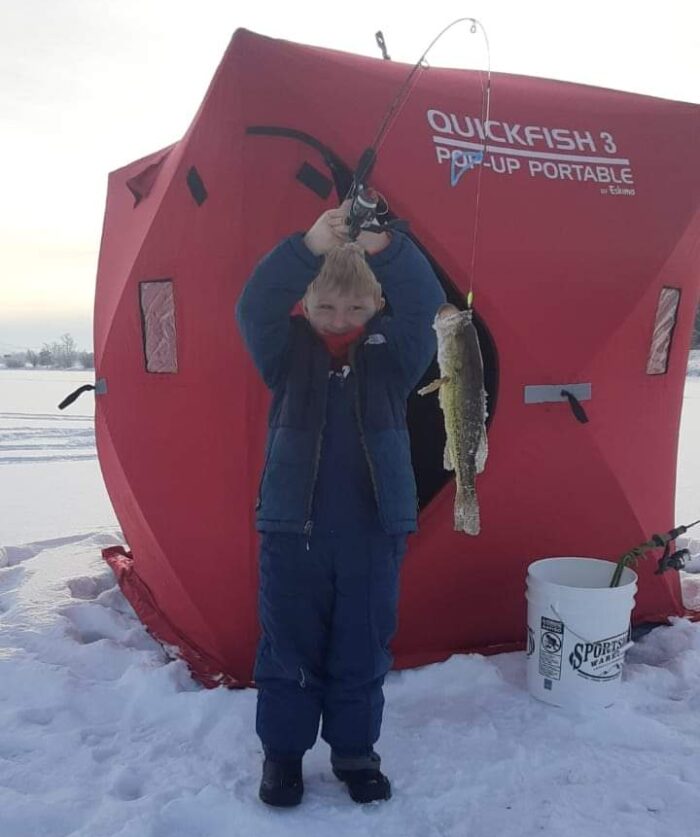 Then, on Wednesday, EatwildMT played some hooky and went to Rainbow Lake, just north of Plains, in hopes for some northern pike mayhem. As a large snow front moved in, it made for a slow and beautiful drive along the Flathead River, which was stuffed full of Trumpeter Swans and ice jams, where we played frogger with the local bighorn sheep and elk populations.

The fishing was slow from the changing barometric pressure, but we were able to pull a nice northern out on a tip-up set with a 5-inch herring in 5 feet of water. We set our tip-ups in shallow, weedy water, with the bait still semi-frozen, to keep the pike from feeling the hard treble as they bit down.  We then set up our hut over 10 feet of water, jigging the bottom in hopes of some larger fish, using small spoons and rapala jigging raps. We marked fish all morning on the Vexilar, but the bite just wasn’t there.

We left with just one pike, which we beer-battered and deep-fried in olive oil, which made a tasty white and flaky snack that my kids loved! 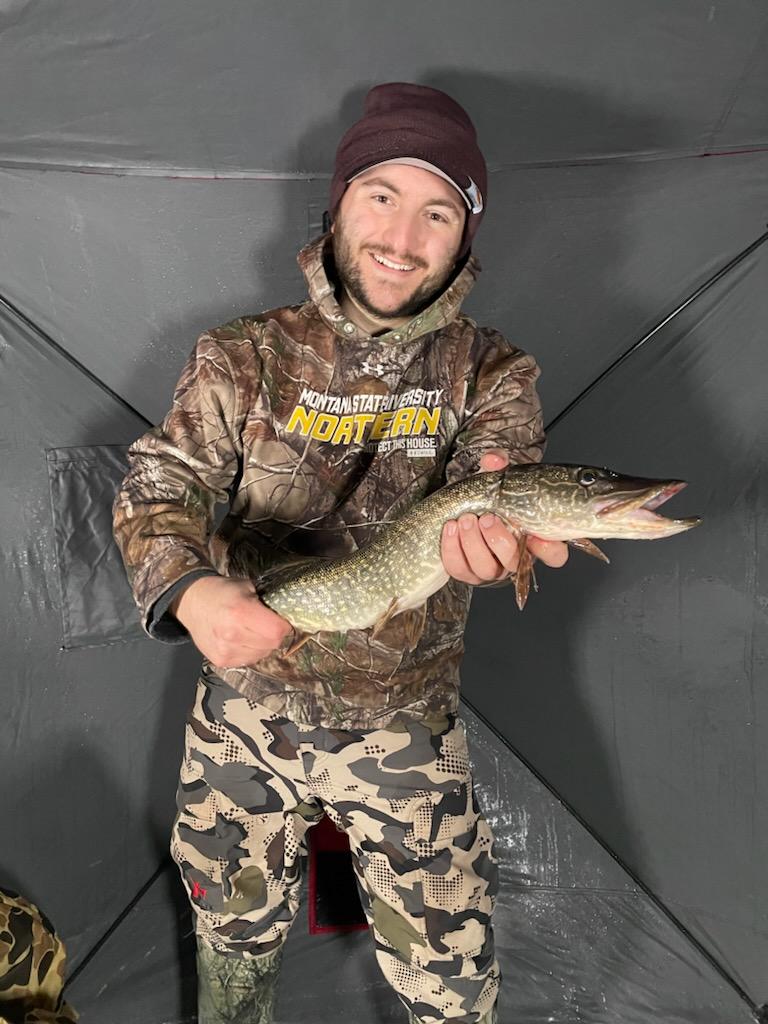 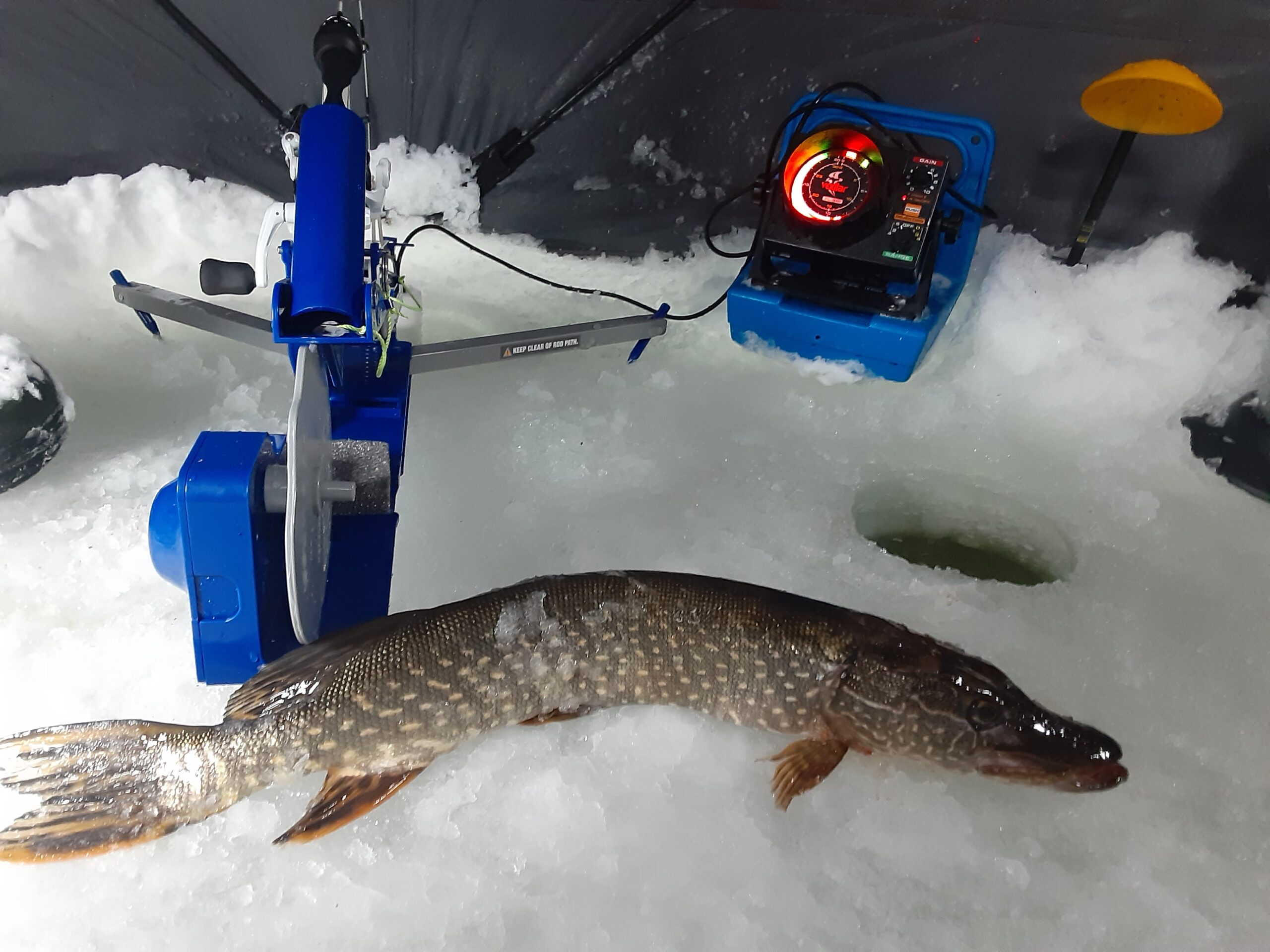 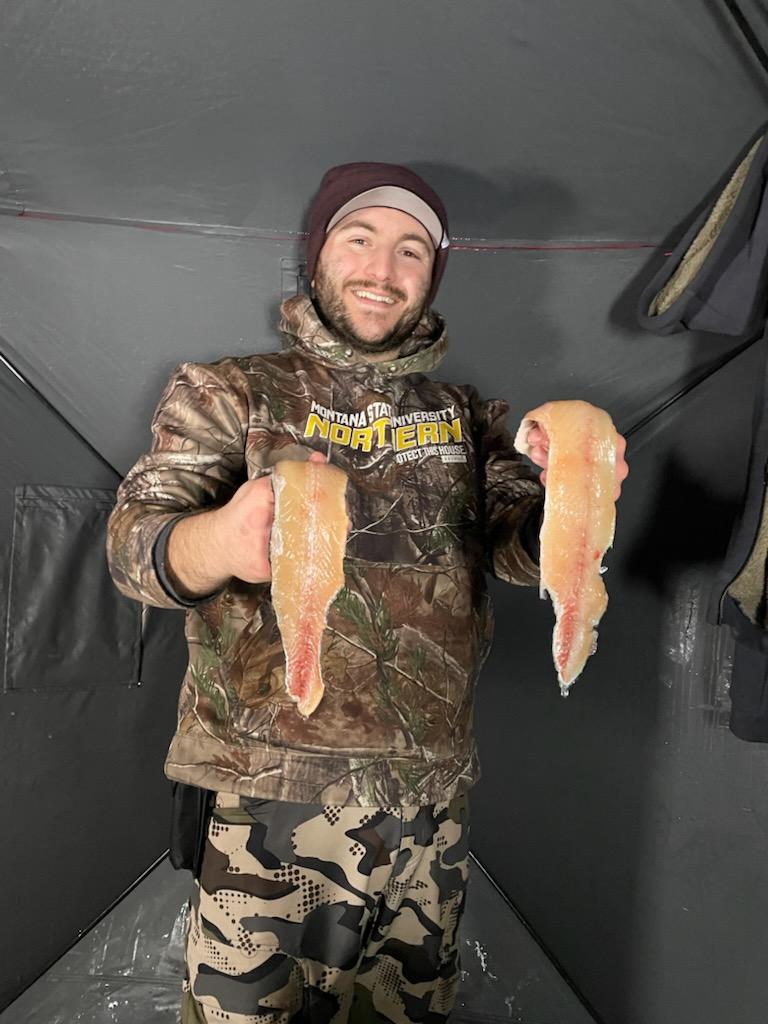 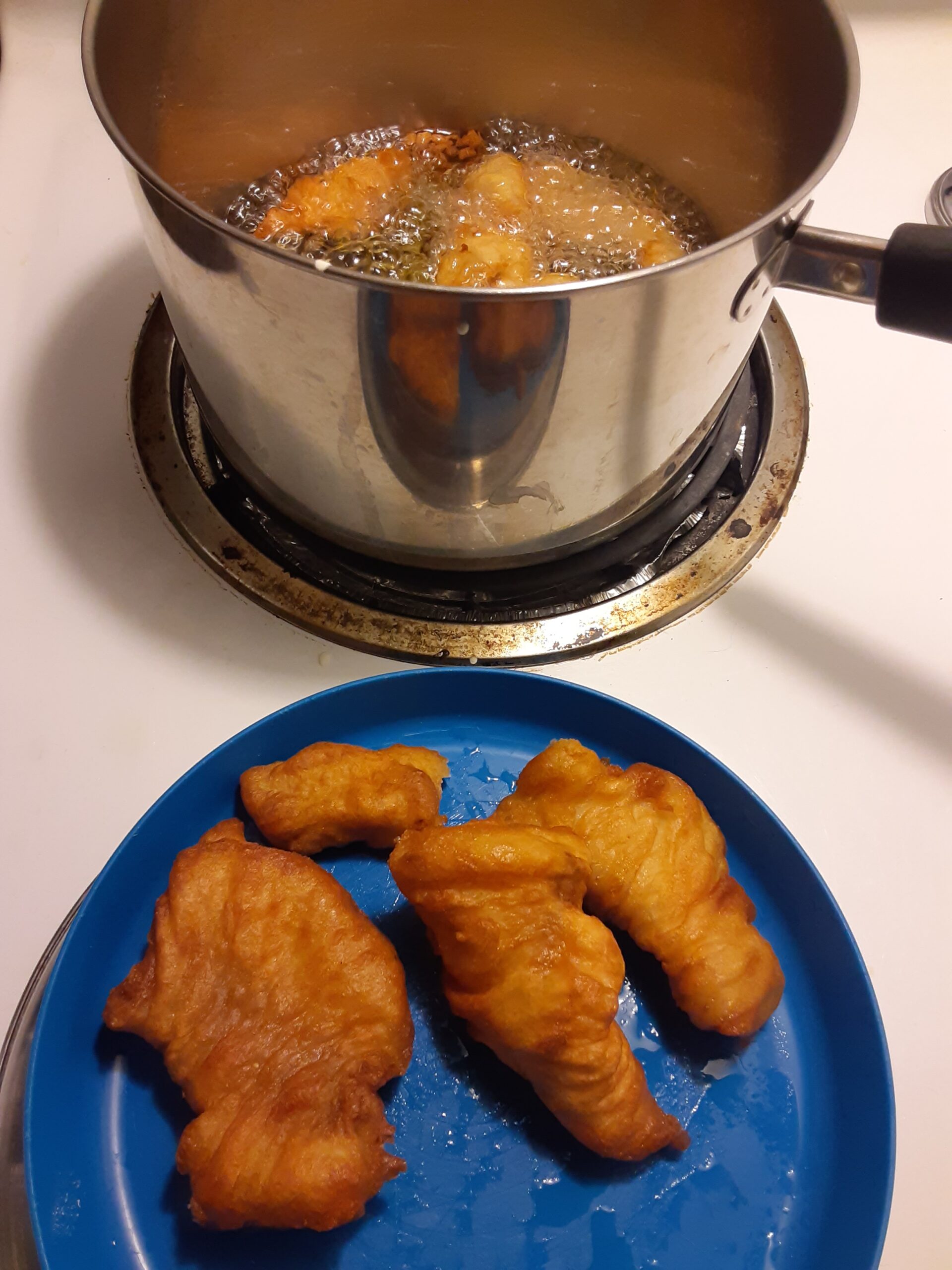 EatwildMT is also excited to announce its collaboration with Wildfire Taxidermy Studios out of Sidney, Montana and will be raffling off a free fish mounting by Wildfire Studios!  Please see the Facebook group EatwildMT for more details!