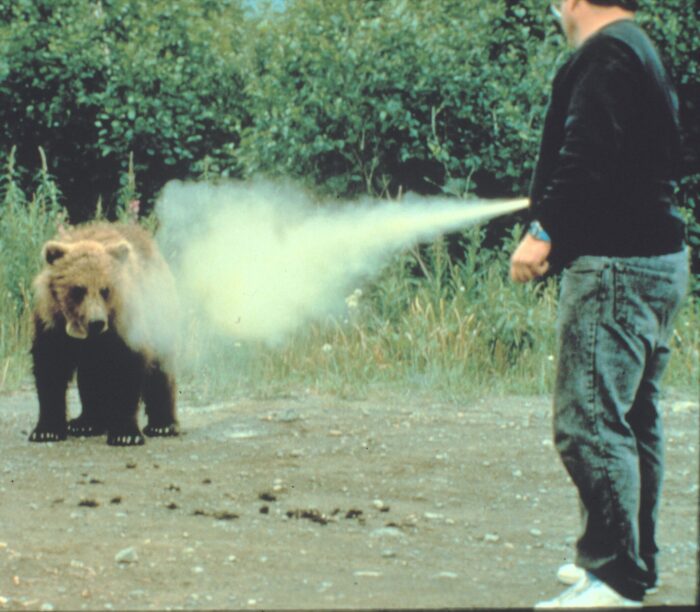 Bear spray is a good idea in the Greater Yellowstone Ecosystem. Grizzly and Black bears are thriving. Occasionally, bears have close encounters with people and hunters.

When do bears attack? The classic mama bear protecting cubs is a common incentive. Bears protecting kills is another. Sick, old, or injured bears may see humans as opportunistic meals. Hunters often have close encounters with bears. There is nothing like a fresh gut pile to invite bears. Pets may also aggravate bears into the attack mode.

To protect we, humans, that venture into the bears living room, have a few options. Making noise using bells or voices will deter most bears. Guns will also work if the carrier is trained and has shooting experience. Handguns need to be of heavy caliber and reliable. My choice is a 357-magnum revolver loaded as hot as I can get. A shotgun with slugs or larger buckshot will work.   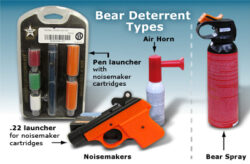 Bear spray is also an option that sometimes works. Research shows that the pepper style spray cannister can deter bears. Many bear charges are normally bluff charges, so if the spray is deployed, it may not have been the deterrent.

Whether you use a spray or gun, the target is the same. If you don’t hit the face and head of a charging bear, they may not help. The bear’s face is the size of a large dinner platter. The rest of the bear’s body is HUGE! If the bear is on the move, aiming, leading, or hitting the target is hard.

Practice makes perfect. Before you trust to your guns or spray, pull the trigger a few times. Take a target, sliding on a rope, and try hitting a moving target. Shoot the spray left to right and right to left. Then shoot the target coming directly at you. Practice quick draw and become familiar with the tool. You will not have time to read the directions.

Practice using the bear spray well away from the camp or cabin. Once the red pepper-based spray has been dispersed, it becomes an attractant. The spray only works if you get the spicy chemicals into the bears eyes and face.

The best deterrent is to be Bear Aware Always. If you are walking into the wind, you will often smell the bear first. Your eyes and ears can quickly alert you to danger. Look for scat and other bear sign. Keep your coolers and attractants in a vehicle, suspended from a tree, or in a bear proof storage container. Talking and using bells will allow bears to hear you coming. If you see a bear, do not get closer for a snapshot. Avoid bears and you will be better off.