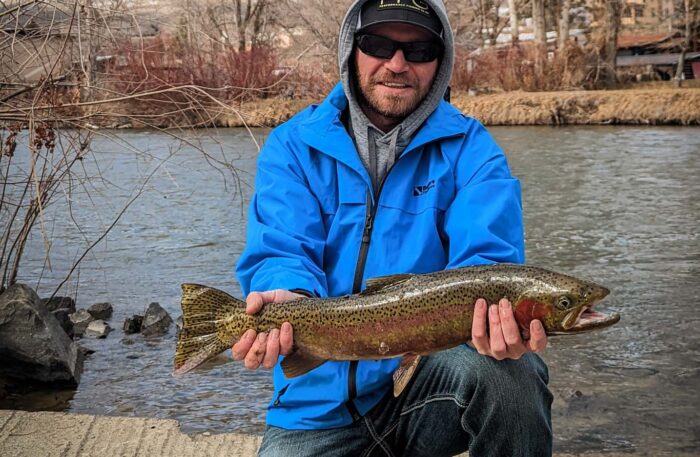 Steelhead angler effort on the upper Salmon River began to shift upstream during the past week. The highest amount of angler effort was observed near the Pahsimeroi River confluence in location code 17. Angler effort downstream of North Fork decreased compared to last week’s report, and angler effort upstream of Challis, ID continued to increase.

On Sunday, the Salmon River had cloudy visibility in all areas downstream of the East Fork and clear visibility upstream of the East Fork. Afternoon water temperatures ranged from the low 50s downstream of North Fork to the mid-40s near Stanley, ID. River flows increased throughout the week, and currently the Salmon River is flowing at 1,300 cfs through the town of Salmon, ID which is 108% for today’s date.