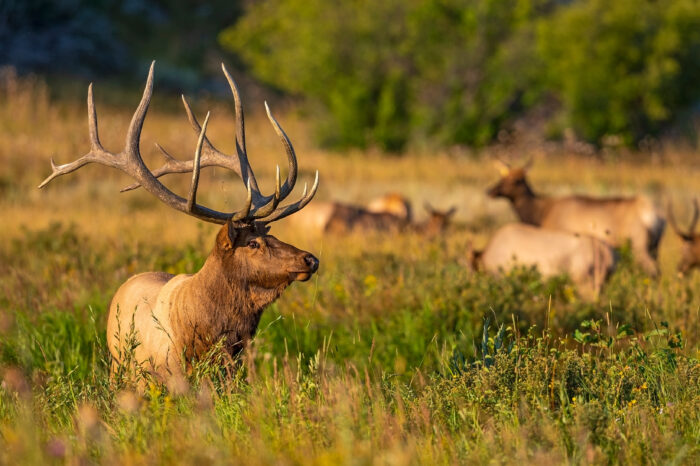 News Release Date: April 8, 2022
Recently, park visitors and area photographers highlighted on social media the passing of a popular large bull elk in Rocky Mountain National Park, referred to as Kahuna, Bruno or Big Thirds. He was a majestic elk with distinct large antlers and was widely photographed during his lifetime. Numerous images were also shared of Kahuna’s carcass. It is believed that Kahuna died of natural causes, as there were reports he was injured during last year’s mating season and was very underweight in February.Park rangers at Rocky Mountain National Park are investigating the illegal removal of Kahuna’s skull and antler from his carcass, likely sometime between March 20 and March 22. One antler was still on the skull and it is believed his other antler had been shed before his death.

Park rangers urge anyone with information on this illegal incident to call Rocky Mountain National Park’s tip line at 970-586-1393 or email e-mail us. If you wish to remain anonymous please visit NPS Anonymous Tip Information. This link will provide other ways to report what you know. If you have information that could help investigators, please contact us. You do not have to tell us who you are, but please tell us what you know.

Photo: Bull elk in Rocky Mountain National Park known as Kahuna, in the fall of 2021 | All image credits and rights belong to Dawn Wilson Photography.