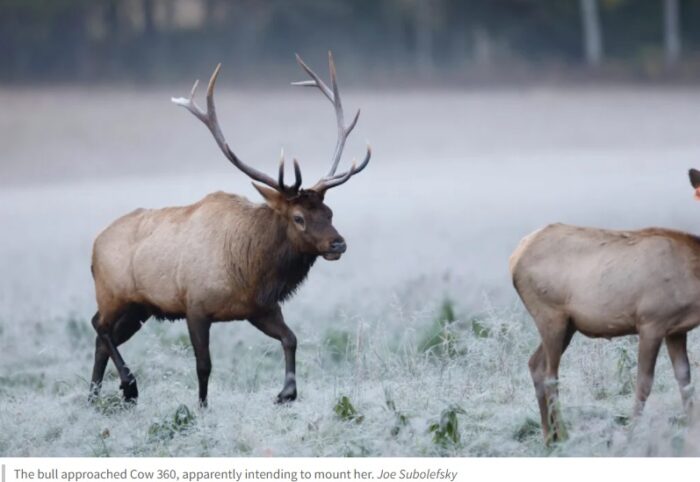 Joe Subolefsky is a professional wildlife photographer based in Maryland, and last October, while in North Carolina, Subolefsky witnessed a very violent act by a rutting bull elk fresh from a fight.  The enraged bull, however, surprised him and didn’t go after another bull.

I was in North Carolina on October 20 helping with a photography workshop in the Cataloochee Valley. With a day off between workshops, I had an opportunity to shoot with the new Canon R3, which wasn’t on the market yet, and I wanted to see what the camera was capable of photographing. Little did I know I would use it to capture a once-in-a-lifetime encounter.

It was a foggy morning and there was a light frost on the ground. I spent some time focusing on the elk herd in the valley, and I soon discovered three bull elk locking antlers and battling it out.

I had positioned myself with the sun at my back, and I was waiting for good light and some action as I watched and listened to the three bulls battling in the field. The clanking and banging of antlers echoed in the stillness of the morning. Then the fight ended, and the noise settled down. One bull headed toward a group of cows that were approximately 70 yards in front of me. Within that harem was one particular cow that was collared and tagged by the wildlife biologists at Great Smoky Mountains National Park. She was number 360. 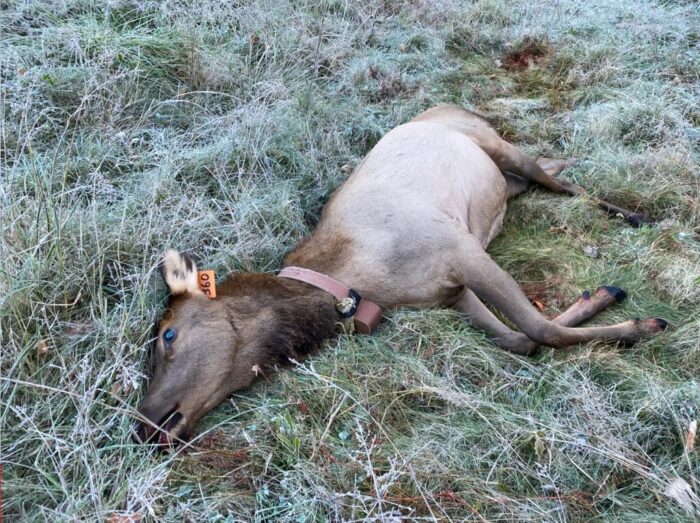 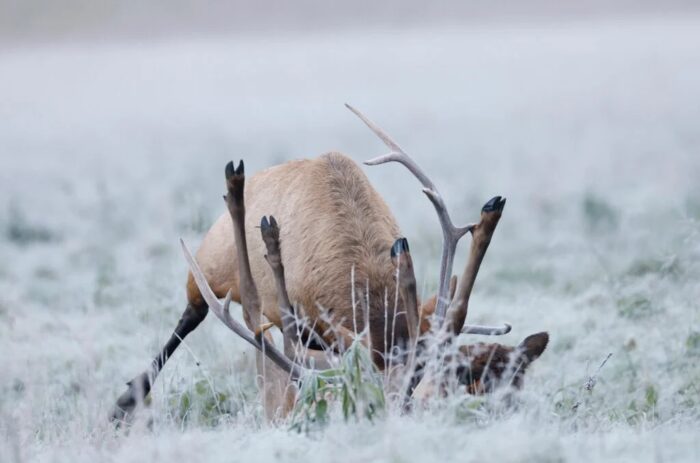 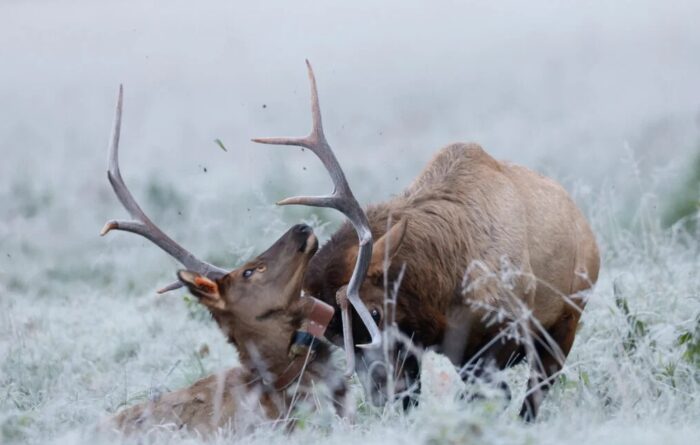 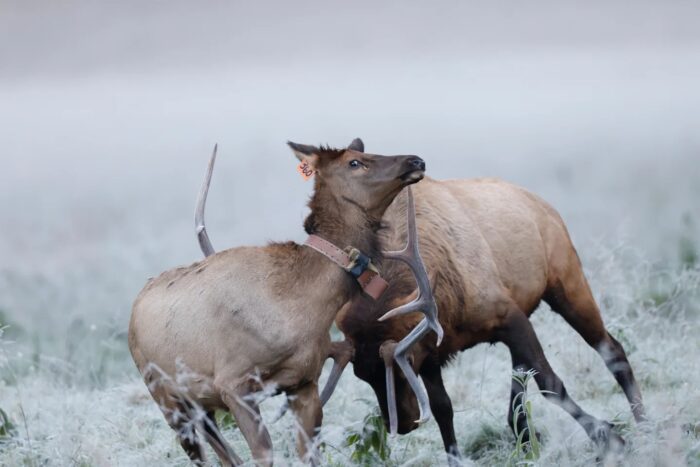 Read about the full encounter in his Joe Subolefsky’s own words via Outdoor Life here.