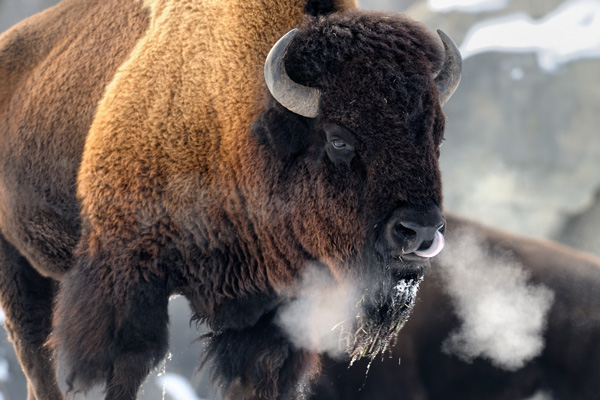 Yellowstone National Park can support a healthy population of 4,500 animals. More than that impacts on available food, habitat, and predator populations. Currently, the Buffalo population is at 5,500 critters. It was agreed to remove 900 bison from the park. So far, 49 Bison have been removed.

Native peoples have harvested 12 buffalo. Arapahos, Umatilla, Nez Perce, and Blackfeet participated in the hunts. 27 bison were captured and slaughtered by Federal agencies. 10 more captured buffalo were suitable to be quarantined. Slaughtered buffalo meat and hides are given to Native Peoples. The quarantine Buffalo could eventually be released onto Native Reservations once they test negative for Brucellosis.

Brucellosis is a disease that is carried by Buffalo, elk, moose, and other critters. This deadly disease can be spread to domestic cattle. Many of the YNP Buffalo have been exposed to Brucellosis. Ironically, Bison from Yellowstone Park have not yet spread the disease to domestic cattle ranches. It has been documented that Elk have transmitted the disease to local ranches. Recently, a cattle ranch in Gallatin County has tested positive for Brucellosis.

It is important to maintain a healthy population of Buffalo in the Park. The limited Carrying Capacity of 4,500 is important to manage. Bison will migrate from the park, and it is these animals that are targeted for capture or harvest. This separation program has kept Buffalo from most infecting local cattle herds.

The Buffalo Migration has become less predictable, and animals have yet to leave the Park in large numbers. Future harvesting may be planned soon. The current high population is the highest level recorded since the region has been managed. 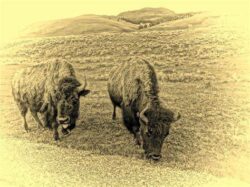 Buffalo cause most of the human/critter encounters in Yellowstone Park. These docile critters can weigh nearly 1,000 pounds and are faster than they look. Foolish tourists frequently get too close and are gored and attacked by these noble beasts. Sadly, more Buffalo will create more encounters.

More Buffalo needs to be shuffled off soon!