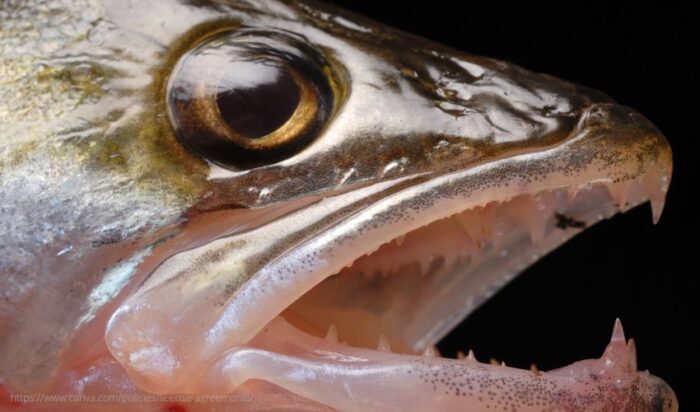 After what seemed to be one of the windiest and coldest walleye spawns on record, the weather returned to more average conditions for this time of year. Water surface temperatures ranged from 50 to 54 degrees during our last day of checking trap nets (April 30th) in the Big Dry Arm of Fort Peck Reservoir. These warm and stable temperatures really increased walleye spawning activity and condensed the season down to several productive days rather than several weeks.
A large portion of female walleye captured in our trap nets over the last few days had been ripe. In fact, we were able to bring in a total of 267 ripe female walleye from our trap nets over a three day period. However, numbers of spent female walleye continued to become more prevalent while checking our trap nets, indicating things were quickly winding down.
We continued to hold an egg-take each day since the last update thanks to productive trap nets and ripe female walleye (some from the holding pens too). And they’ve been some impressive ones. These big egg-takes on Thursday, Friday, and Saturday averaged 18.6 million more eggs each time. That quickly brought our total to approximately 96 million eggs for the season at the Fort Peck and Miles City fish hatcheries. This surpassed the 60 million goal, but additional eggs were collected in the event of poor hatching success.
On behalf of the fisheries and hatchery staff at Fort Peck, I’d like to thank all the volunteers who assisted with this year’s efforts. It was a long road, but we managed to get it done despite all the obstacles we encountered. I’d also like wish everyone the best of luck this season wherever they decide to wet a line!
–By FWP Fort Peck Reservoir biologist Heath Headley–