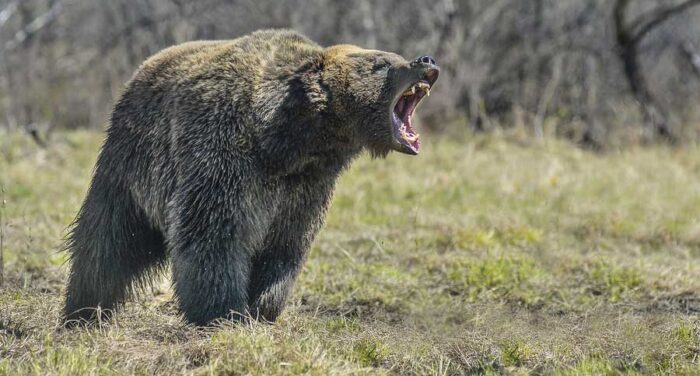 There are more bears in Montana now than in the last century. Well over 1,000 grizzly bears and many more Black Bears roam our forests and fields. There are also Mountain Lions, coyotes, and wolves in greater numbers.

50 years ago, tent camping was a lot easier with less risk from bears. As a kid, the only bears I ever saw were in the National Parks. With fewer bears near people places, there was less bear and predator risk. Bears that were around people were often shot, trapped, or threatened by humans. To stay alive, they had to stay away. Today, there are more people, bears, and a greater chance for an encounter.

Bear protection needs to be a concern. Bear Spray, electric fences, or a bear spec gun are required. Hold them close, even when in the tent or camper. When an encounter occurs, it will happen without warning. There are more bears in more places than since we were kids. Bear encounters are no longer rare, they are likely.

Some bear attacks may be encouraged. One of my old hunting buddies had a vintage tow camper that he called the Green Bean. The refrigerator was busted so he took it out. This left a huge space that he filled with a propane grill that would slide outside. We all enjoyed the great cooking. Years later, I asked him about his camper. The Green Bean became a victim of a bear assault. In the middle of the night, a big bear slammed into the grill. Every frame board was broken, the metal bent, and the Green Bean was damaged beyond repair. The smell of the grill must have invited the bear to check things out. They were not sure if the bear was a grizz or black bear. Tracks were huge!   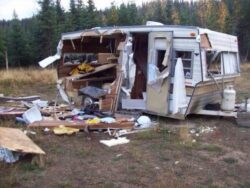 Prepare for the worst when in bear country. Anticipate an encounter and have a plan. Remember to allow pets or little kids roam without protection. Noise is not a bad thing when in bear country. Solar motion lights are a good idea as are battery powered electric fences. Sprinkling urine around the camp perimeter discreetly helps. Even cans on strings will scare bears off. Wear bear bells and feel free to sing when hiking and enjoying the outdoors. A surprised bear is way more dangerous than one that hears you coming and moves off.   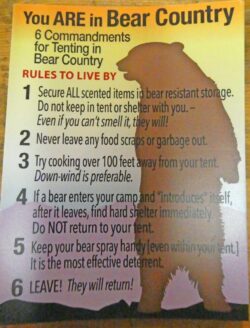 A bear attack can come way closer to home. Mountain biking, walking your dogs, hiking, camping, and outdoor fun can end badly. In Bozeman and Belgrade, I have seen bears, mountain lions, coyotes, and rattlesnakes within city limits. If the food bears and predators want is near, so are the predators.

So, what do bears do all day? They hunt for food, fight with other bears, take naps, look for pikinik baskets, and yes poop in the woods. Bears are opportunistic predators. Just be sure you are not part of the digestive waste.