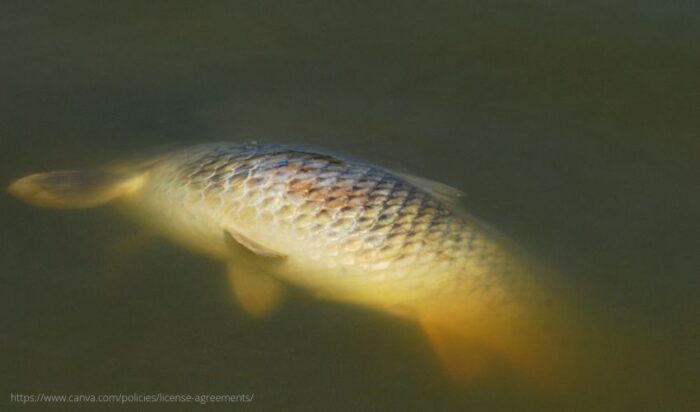 The Michigan Department of Natural Resources has completed its investigation of the common carp mortality on Lake Orion in northeast Oakland County that occurred in mid-to late July. With the assistance of the Aquatic Animal Health Laboratory at Michigan State University, it has been determined and confirmed that the common carp fish kill was caused by koi herpesvirus (KHV – cyprinid herpesvirus 3).

“As the case with most herpesviruses, KHV is very specific on which fish species it will infect and only affects common carp, koi and goldfish,” said Gary Whelan, Fisheries Division Research Program manager. “This is only the third detection of this non-native virus in Michigan waters, and it is known to kill large numbers of its host species at times. KHV does not affect any other fish species and has no implications for any other birds, mammals or humans.”

The July fish kill was reported by residents using the DNR’s Eyes in the Field website. The only species involved was adult common carp, and the number killed was between 300 to 600 mostly adult fish.

The DNR reminds the public that viruses and bacteria that affect fish typically are not human pathogens due to the differences in body temperatures between fish and humans. It is strongly recommended that all freshwater fish be fully cooked to ensure they are safe to consume. For more information on choosing and eating safe fish, visit Michigan.gov/EatSafeFish.

Where carp are invasive, this is a reminder what can happen when you try to release a “pet” fish into a public body of water.  Just don’t do it.