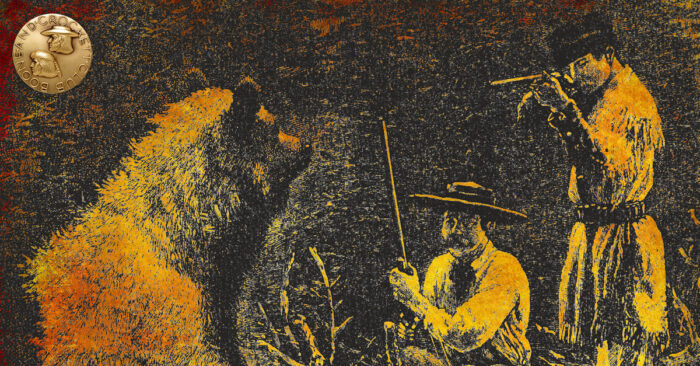 Here’s an Excerpt from Fair Chase Magazine, Summer 2013 by Valerius Geist about the second amendment, hunting and fishing.  Read what was posted on the Boone and Crockett Club website here:

Gone hunting! Gone fishing! That’s something we North Americans take for granted. Those before us went hunting or fishing—as did those before them—and it was never in doubt or a big deal. Nor was it a big deal to get the necessary equipment in the local hardware or sporting goods stores, though almost all the equipment was in the house anyway. Hunting and fishing were part of the seasonal activities of family, neighbors, and friends; one grew up with it, accepting it as an inevitable and delightful part of life. It was a cherished time when duck or deer season rolled around, and your folks and friends got ready to go. The hunting clothing and boots came out, the dog got excited, food was prepared, the guns went into their cases. It was all part and parcel of getting out and coming back with a deer, a limit of ducks, pheasants or whatever.

It is all taken for granted

Lucky Americans! Fortunate people! In other lands, as little as an empty shotgun shell in the house would land you in jail—or worse! The gun—as an everyday tool for hunting, for work around the farm, as a companion of a rancher or of someone heading out for a bit of plinking, trap and skeet or target shooting, as a cherished object of a collector—is very much a North American phenomenon. The weapon at home, the right to bear arms has been historically the mark of free men. It was always the right of the truly free within any state or nation, democratic or otherwise. Consequently, the bearing of arms is a potent symbol of freedom.

However, the right to bear arms has much more than symbolic value. The North American Model of Wildlife Conservation, one of the great cultural gifts of North Americans to global culture, could never have developed without the right of citizens to bear arms. The most fundamental basis of this model is that every citizen in good standing has the privilege, nay, the right of participating in the annual harvest of public wildlife. And that implies an armed citizenry. The miracle of North American conservation is that wildlife is thriving despite every big game animal being outnumbered about ten to one by people, about eight to one by firearms in private hands, and about a dozen to one by livestock.

Photo credit: Hunting and the right to bear arms has always been a part of North American heritage. In Hunting Trips of a Ranchman, Theodore Roosevelt (loosely depicted above), recounted his hunting adventures from 1885. Illustration by A. B. Frost.