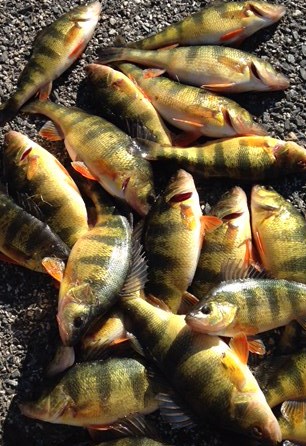 The Wyoming Game and Fish Department will crash a Perch Party in Saratoga Lake. Apparently, another Bucket Biologist stupidly dumped yellow perch into the lake. Evidence says that one person transported perch illegally and released them into Saratoga Lake so They could catch perch closer to home.   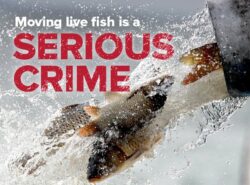 The perch boom was discovered last summer and the perch palooza party will end this September. This popular lake is managed as a trout fishery. Perch is an unwelcome warm water species. They could spread into the entire North Platte watershed.

The WGFD will apply rotenone this September to kill the entire lakes fish population. This will also kill all the rainbow, brown, and tiger trout that live in the lake. An annual Ice Fishing tournament for Ice Fishing will be canceled this, Winter. This will be the first time in 40 years that the popular tournament will not take place.

Currently, anglers can keep as many fish as they want, especially smaller perch. The WGFD plan to have the fishery restocked by April 2023.

The rotenone does not affect humans, pets, livestock, or wildlife. It causes the gills of fish to stop working. This will kill literally every fish that that comes in contact with the pesticide. Fish killed by the poison can still be eaten but at this time the WGFD has not determined if they plan to salvage dead fish, gather them up and dispose of them or…

Thanks to this illegal stocking, the fish fix is expensive and time consuming. Bucket Biology is against the law, but anglers seem to use minnow buckets, coolers, and boat live wells to play Biologists. Illegal transporting of fish can be devasting to wild and native fisheries. Many states including Montana and Idaho are discovering this contamination. Yellowstone Lake has been nearly lost due to someone stocking Lake Trout into the once wild and native cutthroat trout fishery. They next released Cisco minnows, also not native, into the lake.   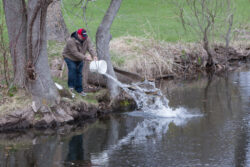 Pike, walleye, smallmouth bass, goldfish, tilapia, and other species are being randomly released by uneducated and selfish Bucket Biologists.

Please report any fishery violators. Cell phones take video and pictures discreetly and can give officials necessary evidence to remove these fishery vandals from the fishermen population. Honest anglers are the best defense against these abusers.