We all know the history of a “Shot of Whiskey”. Originally, a Shot was just a small drink in the 1700’s. Bartenders would trade a 45-caliber bullet for shot of whiskey. In the mid 1800’s that would be about 13 cents per glass. A “Shot Glass” was designed by a chemist named Friedrich Otto Schott in 1880. This heavy-duty glass was used for science and then as a durable Bar glass. A standing 45 caliber bullet next to the glass measured the estimated pour. Like a 1,2, or 3 fingered Shot today.   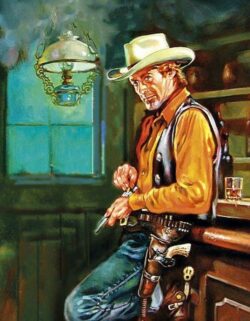 Before it was called a “Shot” the same drink was called a “Jigger” because of how a drinker would move after drinking the entire drink of spirits in one sip.

It is amazing how many Shots it takes to cause a death or wound to an enemy soldier. Historically, death was not as important as a wound. It would take 2 healthy soldiers to remove one wounded soldier from the battlefield. When we look at the bloody 3-day Civil War battle of Gettysburg, over 1 million pistol and rifle rounds were fired. 190,000 trained soldiers were involved. Only 7,058 fatalities were recorded. 3,155 Union and 3,903 Confederate soldiers. 14,529 Union soldiers and 18,735 Confederate soldiers were wounded. 10,790 soldiers were missing. This breaks down to around 75 shots per wound or fatality. More damage was done from artillery. Only a small fraction of wounds came from a bayonet or knife or gun butt. Only 30% of wounds were the result of rifle and pistols, or shotguns.

The Napoleonic Wars estimated 300-350 smoothbore rifle rounds were needed to cause an enemy wound.

In 1776, during the Revolutionary War, it was estimated that it took about 250 rifled barrel and smoothbore rounds to hit an enemy. These soldiers had smoothbore weapons that could only fire maybe 2 shots a minute in volley.

Today, in Afghanistan War and other antiterrorist actions, around 250,000 bullets per wound are needed.

Keep in mind that these shots are being taken by trained, expert marksmen, of their time with the most modern weapons available. Snipers are excellent shots but require many more rounds of practice and sighting in time.

At Custer’s Last stand, calvary soldiers carried maybe 2 bandeliers of rifle ammo and maybe 24 pistol rounds. Half of this ammo would have been in their saddlebags and half on their person. Each rifle round weighed over 1 ounce. Once their horses were lost, so was half their firepower. It took around an hour for Custer’s command to run out of bullets and resistance.

Semi-automatic rifles have been available since WW1. These rifles can shoot just as fast as an AR-15 of today. It is surprising that some folks can stockpile so much ammo! Advertising “gun free zones” invites cowards that want to cause harm and maybe get away with it. Perhaps these shooters need to take a shot at the bar to settle their disputes. It’s sad when an 18-year-old has more ammo than most gun owners. These evil shooters tend to be less offensive when their potential targets can be more defensive.  

With our world and country more unsettled, gun and ammunition sales are exploding. Dangerous and deadly incidents happen in seconds, but our more limited Police are minutes away. The right of self-defense may be the only defense you have.   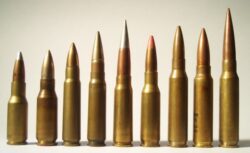 As a hunter, I was taught one shot one kill.