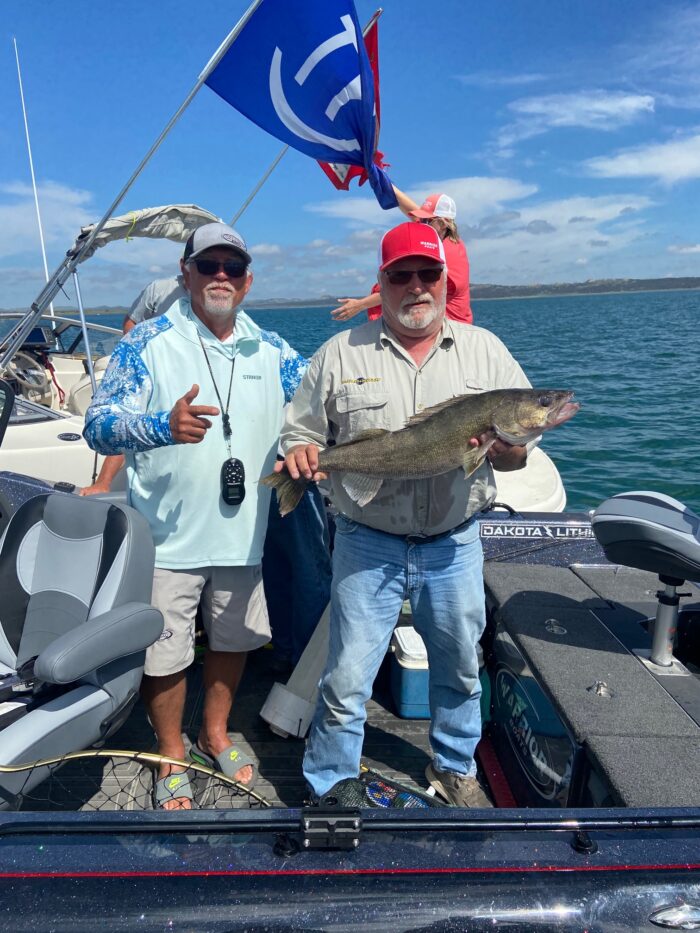 The top two teams  leading at the end of Day 1 of the 35th annual Montana Governor’s Walleye Cup on Fort Peck Reservoir were separated by only .2 pounds at weigh in Friday night. The tournament has 201 teams competing, including Governor Greg Gianforte.

In first place at the end of Day 1 was Nate Chappell of Miles City and Mike Chapell of Glasgow, with 46.12 pounds.

Just behind, in second place, were Joshua Johnson of Williston, North Dakota and Cody Roland of Crosby, North Dakota with 45.92 pounds.

In third place were Jake Monroe  and Jake Ingram of Helena with 41. 96.

In fourth place were Mark Ferrell and Dalon Dyke of Baker with 41.12.

In fifth place were Whit and Carly Rush of Wolf Point with 40.52. 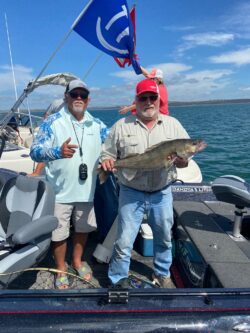 Photo is of Minnesota anglers Chuck Barth and Perry Dreyer. 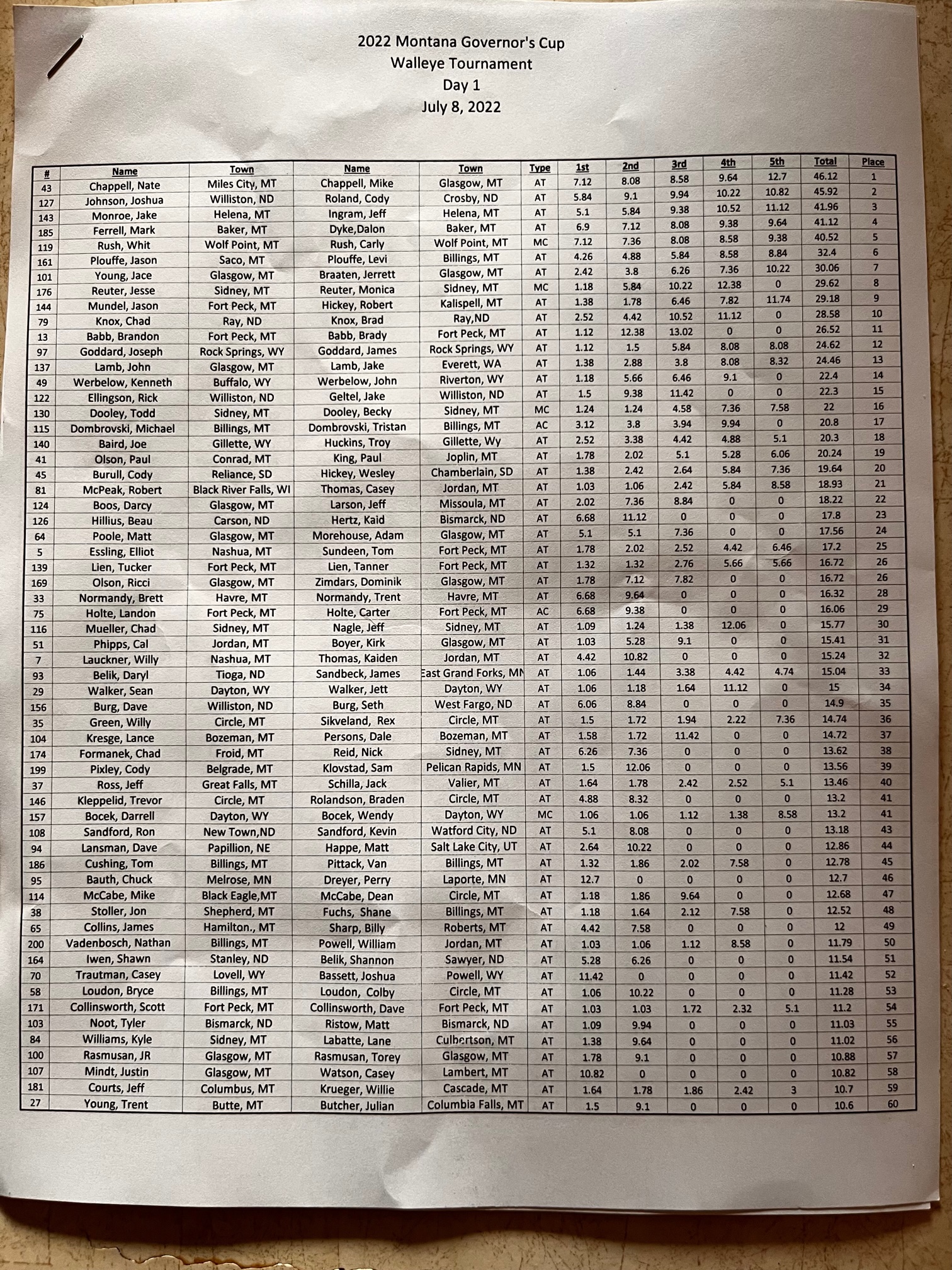 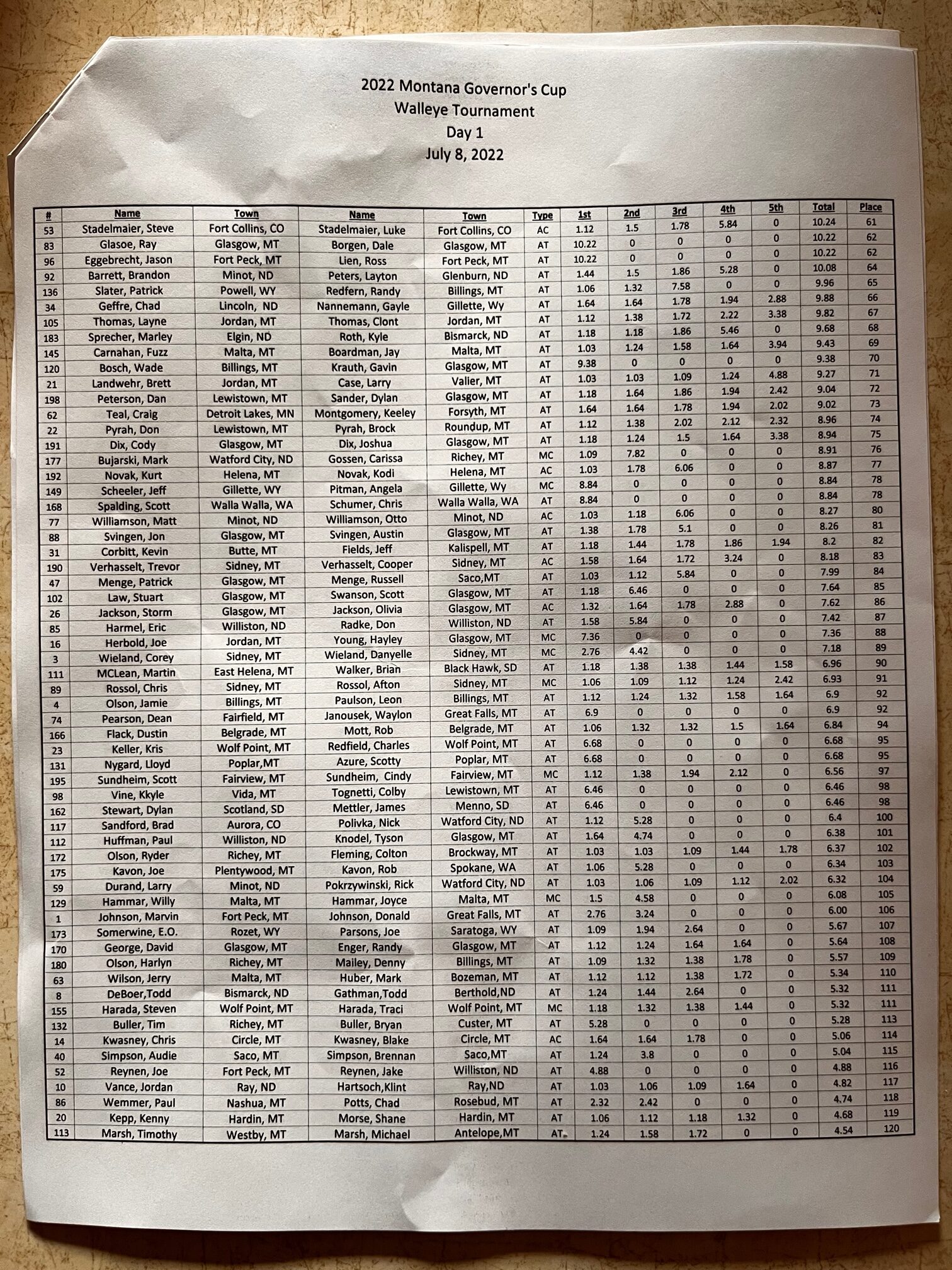 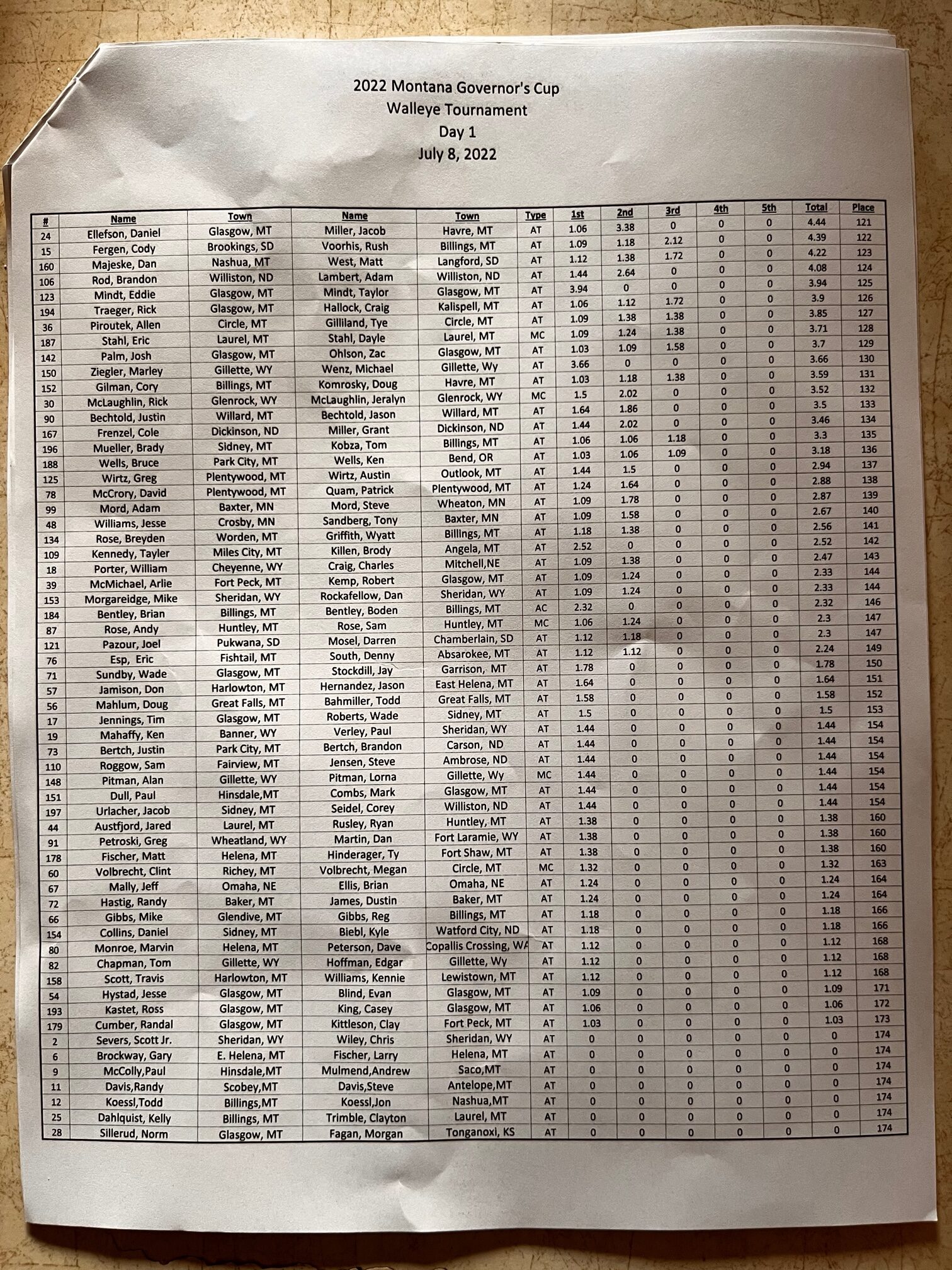 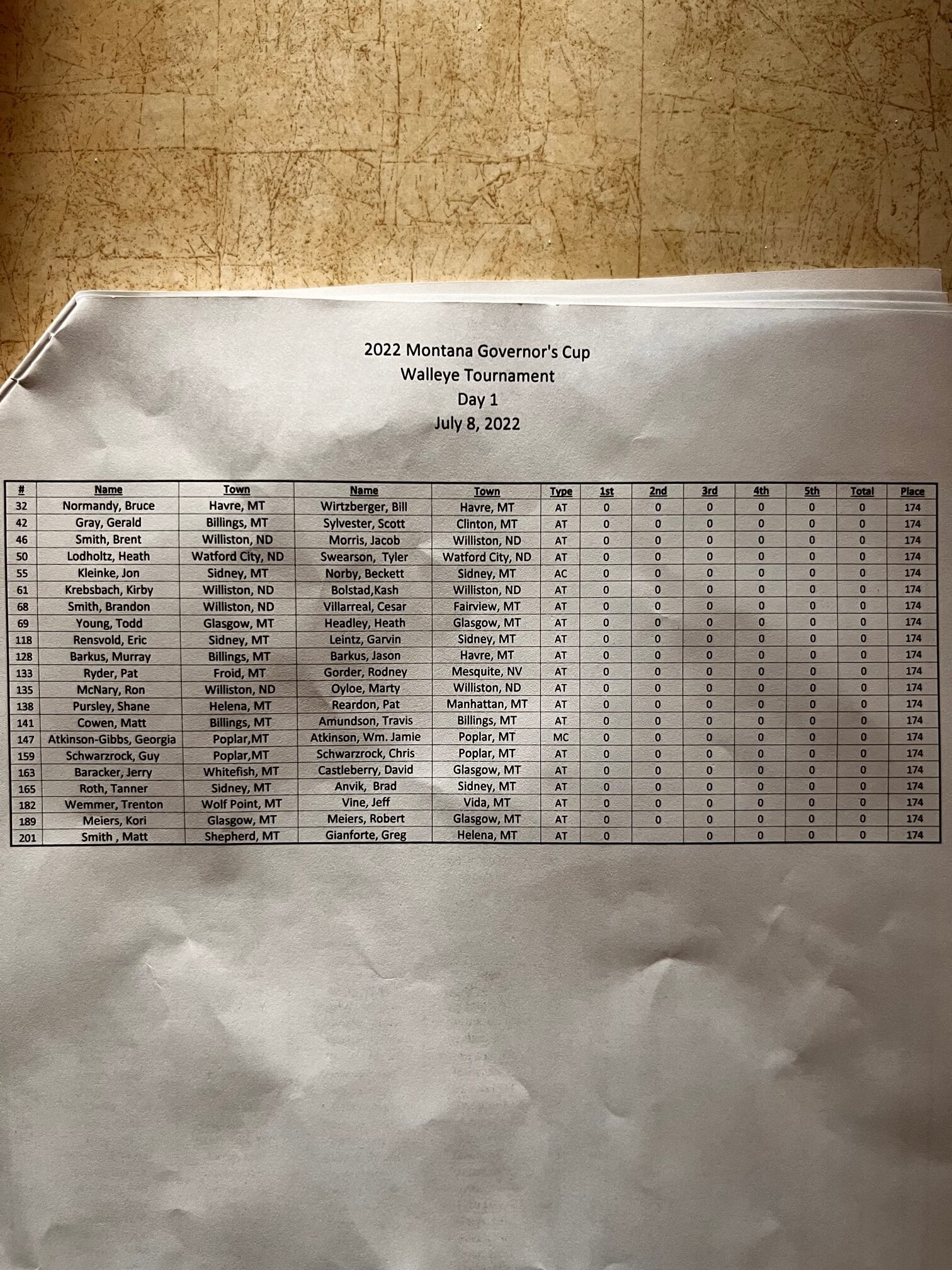