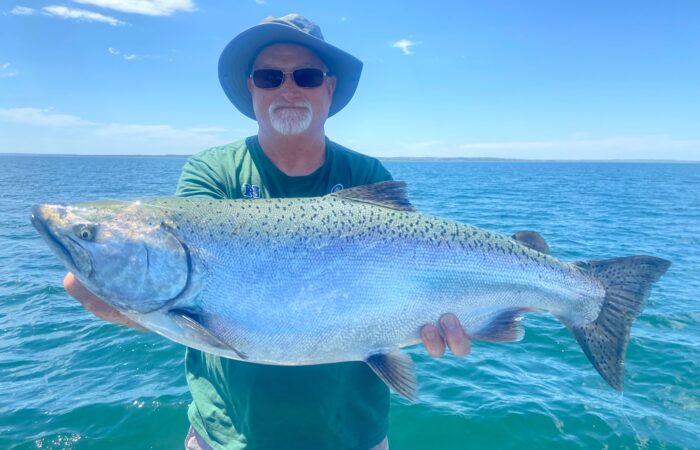 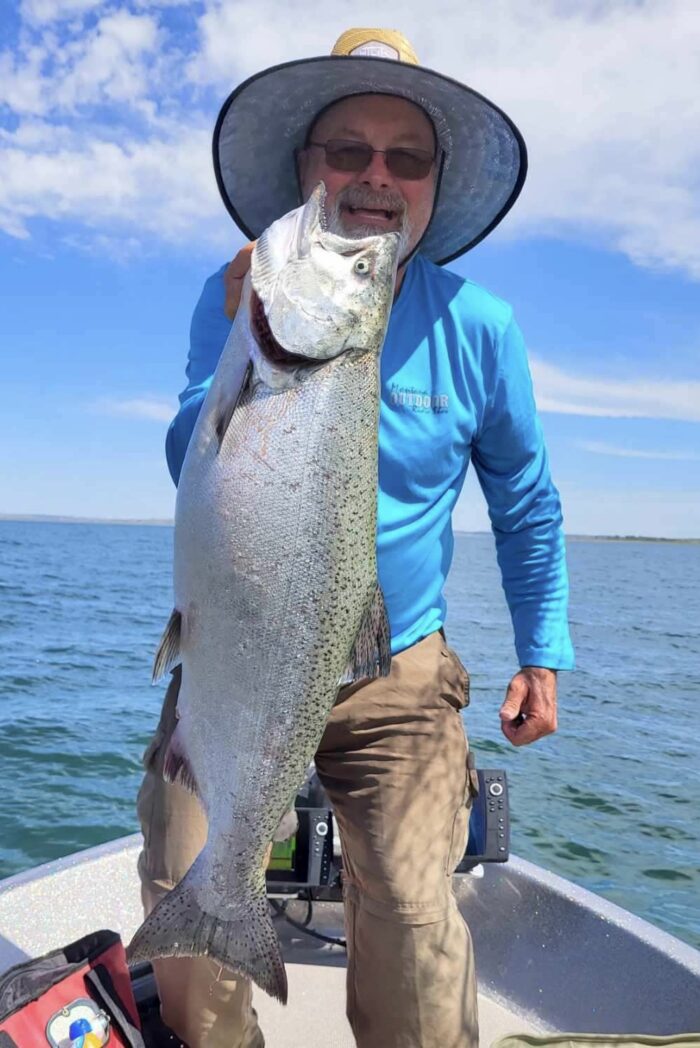 Gary Rueb and the Captain hit the salmon trail again on Fort Peck Monday!  They tried to beat the storm coming in later that day and hit an area west of York Island.

By all accounts, they were successful.

They caught one salmon in the morning, early, and then ended up hooking three salmon after 1:00pm with two of those salmon being the biggest of the day. The two biggest salmon were caught on a blackjack and green magic cut bait with nothing in either cut bait.