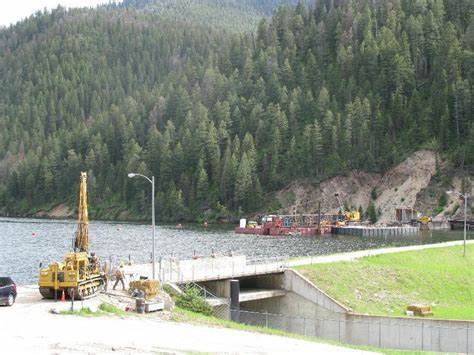 Northwest Energy has announced that it will finally repair the damaged dam that holds back the Madison River. Previous malfunctions have caused dewatering and flooding on the Blue Ribbon trout river.   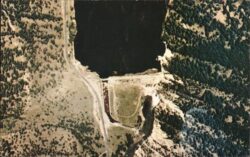 The dam is 108 years old, 85 feet tall, 721 feet wide, and survived a 7.5 earthquake, and other challenges during its lifetime. A review of the most recent dewatering event said that the cause was a broken coupling. This part apparently degraded due to the environmental conditions. When the part failed, the gate was unable to open properly to release water. For 46 hours, the Madison River was nearly dry. All the couplings will be replaced with more durable parts.

The dam was named after a Butte resident that was the vice general manager for the Montana Power Company. Max Hegben was a miner and engineer originally from Wisconsin. It was said that “Electricity ran through his veins”. He died in 1915.   Trout redds and fish were trapped in puddles or dried up. This year’s brown trout class was nearly wiped out. Other small trout and trapped trout were also killed. Small trout, rescued in shallows, were then released into remaining channels where big trout were congregated. Since the river is not stocked, the population will take years to recover. Without cool and consistent water flows of a minimum, the trout habitat would not co-exist with the dam.

The Energy company is now installing a dam alarm system, cable backup support, and couplings suited for their need. Water flows will remain consistent during the repairs. Divers, mechanics, engineers, and workers will be making the repairs during 3 weeks in August. Future mitigation projects are also planned.

Ironically, the 7.5 earthquake that devastated the Madison River area happened in Mid-August 1959!

There is no hydroelectric equipment at the Hegben Dam. The dam is used to store water for release to the Ennis Lake powerplant for power generation.

The area will be closed to the public for safety reasons.