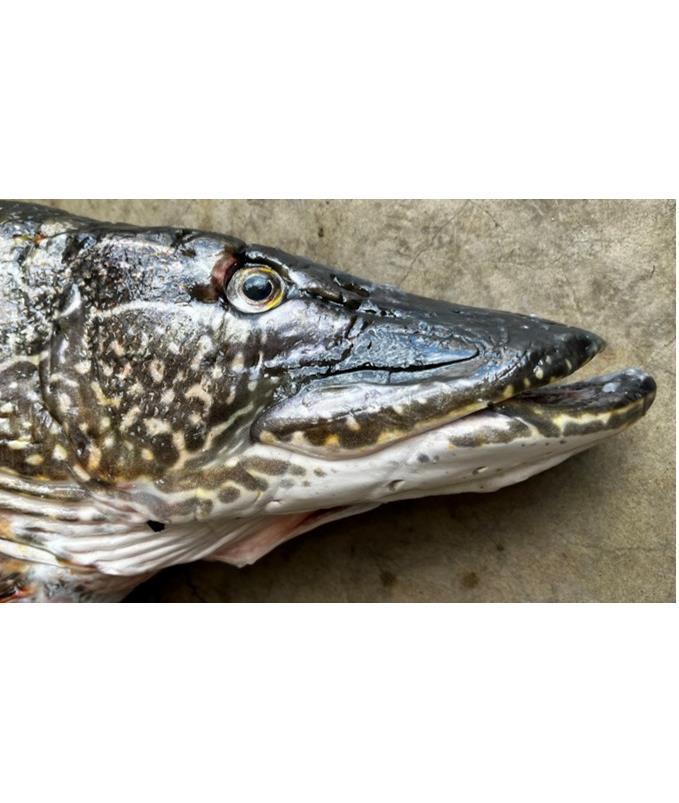 Northern pike are non-native everywhere in Montana besides the Saskatchewan River drainage on the east side of Glacier National Park. Northern pike feed almost entirely on fish and can eliminate their food supply in only a few years, leaving stunted fish populations.

“Illegal introductions have negative consequences and are a threat to fishing opportunities,” Regional fisheries manager Mike Hensler said. “Due to their predatory nature and ability to successfully reproduce in vegetated ponds and lakes, northern pike can do great harm to a fishery.”

FWP is halting future stocking efforts in the pond until a management response is developed. The fish that would be stocked in Shady Lane Pond will be stocked elsewhere in the region for the time being.

“Those fish would be better used elsewhere until we determine how to address pike in Shady Lane,” Fisheries biologist Kenny Breidinger said. “Continuing to stock trout would simply feed the pike population.”

One of the most popular and productive fisheries in the region, Lake Mary Ronan contains kokanee salmon, largemouth bass, rainbow trout, and illegally introduced yellow perch. These populations will be negatively impacted by a growing, naturally reproducing northern pike population.

Pike were first detected in Lake Mary Ronan in 2014. Recent surveys have identified numerous pike in the lake, causing heightened concern for the important kokanee salmon fishery. Lake Mary Ronan is the sole source of eggs used for kokanee stocking in the state.

As a result of the increasing pike population in Lake Mary Ronan, FWP is assessing other lakes in the region that could provide the hatchery program a backup spawning site for kokanee.

“We have not seen impacts to the Lake Mary Ronan fishery yet. However, the number of northern pike we caught in our spring monitoring survey is alarming,” Breidinger said.

Anyone with possible information about an illegal introduction is encouraged to visit https://myfwp.mt.gov/fwpPub/tipmont to provide details or call the FWP violation reporting hot line at 1-800-TIP-MONT. You may be eligible for a cash reward.