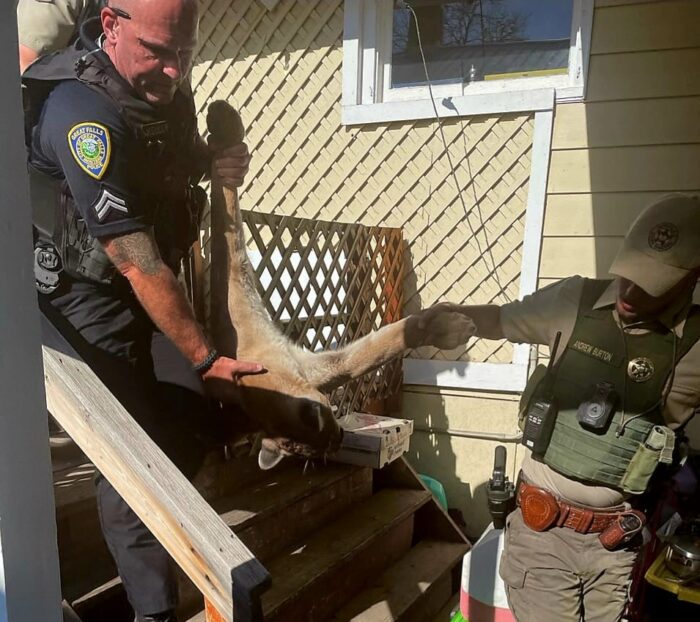 Fish Wildlife and Parks game wardens and local law enforcement responded to a report of a mountain lion under the deck of a home located in a residential area within the city limits of Great Falls on the morning of Sunday, July 31.
Shortly after wardens arrived, the lion inadvertently broke a window and entered the basement of the home. Wardens then tranquilized the lion while it was inside the home and removed it. No humans were injured during the incident, although the lion was injured by broken glass from the window.
FWP policy does not allow for relocating mountain lions, and due to that policy and also because of its injuries, the adult female lion was euthanized shortly after the incident. Wardens believed that the lion was alone, and said it did not have kittens, and was not currently lactating.
Lions are solitary and secretive animals which avoid humans and are not normally found in urban areas. However, it is possible to encounter a lion anywhere in central and western Montana, and other lions have been seen within Great Falls and other cities in past months.
FWP reminds people that if they encounter a mountain lion to not approach it, but also not to run away, which could trigger a predatory response. Instead, they should make noise and try to make themselves appear larger. If you encounter a lion within city limits or near a residence contact FWP or local law enforcement.