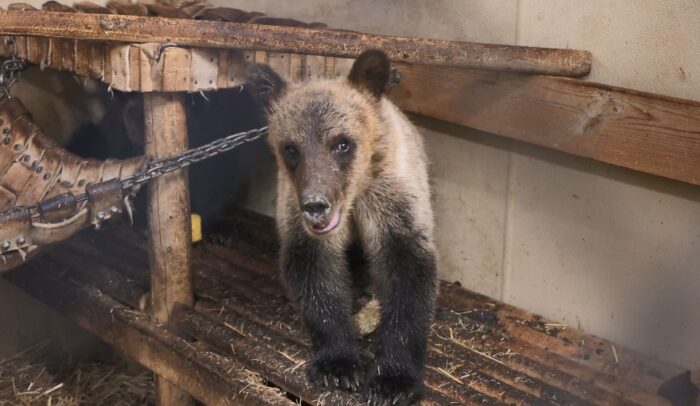 KALISPELL — Montana Fish, Wildlife & Parks, in consultation with the U.S. Fish and Wildlife Service, is sending a pair of orphaned grizzly bear cubs to a wildlife sanctuary in Pennsylvania.

FWP captured an adult female grizzly bear and its two cubs near Lupfer Meadows north of Whitefish on July 10. The adult female was previously captured in 2020 and moved to Glacier National Park after getting into unsecured garbage and chicken coops in the Columbia Falls area. Over the last two years, FWP received numerous reports of the adult female breaking into sheds seeking unnatural food sources, including garbage, domestic rabbits, and livestock feed in the Olney area. Bear specialists actively tried to capture the adult female last year but were unsuccessful. This spring, FWP received reports of the bear getting into garbage, and partially tore open a residential garage door, displaying the bear’s escalating efforts to find unnatural food sources.

FWP consulted with the U.S. Fish and Wildlife Service and determined it was necessary to euthanize the adult female because of severe food conditioning, which occurs when an animal loses its natural foraging behavior and continues to seek unnatural food sources, creating a public safety risk.

FWP captured the adult female’s two cubs and transported them to the FWP Wildlife Rehabilitation Center in Helena for temporary placement. Both cubs will be going to Rivendale Wildlife Sanctuary in Bulgar, PA. Located 20 miles outside Pittsburgh, Rivendale Wildlife Sanctuary provides lifelong homes for orphaned or rescued animals while promoting conservation through education and research. The facility is accredited by the Zoological Association of America and recently built bear enclosures that will house the Montana cubs.

“While we’re grateful that the Rivendale Wildlife Sanctuary had the appropriate space and accepted these two cubs for permanent placement, we’d much rather see them in the wild avoiding conflict with humans,” said Lee Anderson, Region 1 supervisor in Kalispell. “I can’t stress enough the importance of securing food attractants in bear country, it will keep people safe and bears wild.”

Additionally, on July 10, FWP captured a pair of male grizzly bears north of Columbia Falls in the Blankenship area. The bears, estimated to be 2.5-3.5 years old each, were both previously caught in conflicts in the Flathead Valley after getting into garbage, outdoor freezers, and chicken coops. Most recently, FWP received numerous reports of the bears getting into chicken coops and garbage in the Coram area. Due to the bears being severely food conditioned, the decision was made to euthanize both bears on July 11 in consultation with the U.S. Fish and Wildlife Service.

“We appreciate residents reporting these conflicts to FWP bear managers because we need to hear about these conflicts as soon as they occur to try and address the situation before it worsens,” Anderson said.