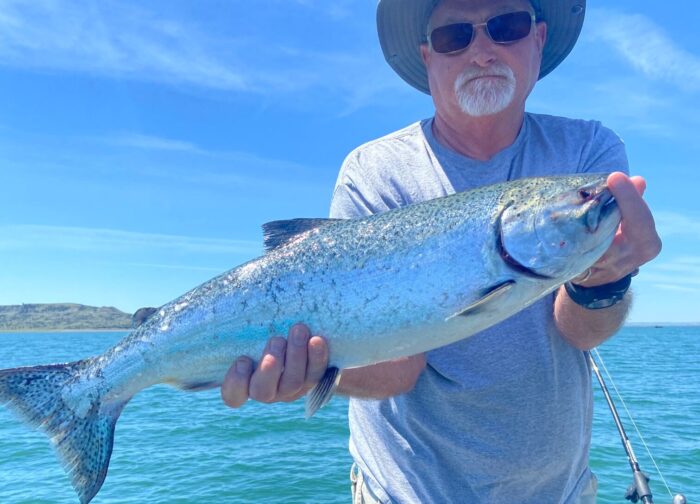 Salmon Fishing with Captain on Fort Peck
By angelamontana

The Governor’s Cup Walleye tourney ended Saturday, so, the next day, the Captain took out the salmon gear and transformed his Warrior boat from a walleye boat into a salmon boat.
On Sunday, Fred Stingley joined the Captain.  They caught two salmon.

On Monday, the Captain went solo and hooked six salmon and boated five.   The big one laying on the boat live well (below) was the biggest at about 15 pounds.  He also just about lost it when he looked at his Black Jack bait which was about to come loose from the flasher (pictured)!  The Captain also got into the trees and snagged a nice branch with his Downrigger, which is also pictured below.

Gary Rueb joined the Captain on Tuesday, and they caught two salmon with the biggest one being held by Gary above. They also caught and released a lake trout.

Overall, it sounds like there was some good fishing that happened over the past few days at Fort Peck.  Good work, guys! 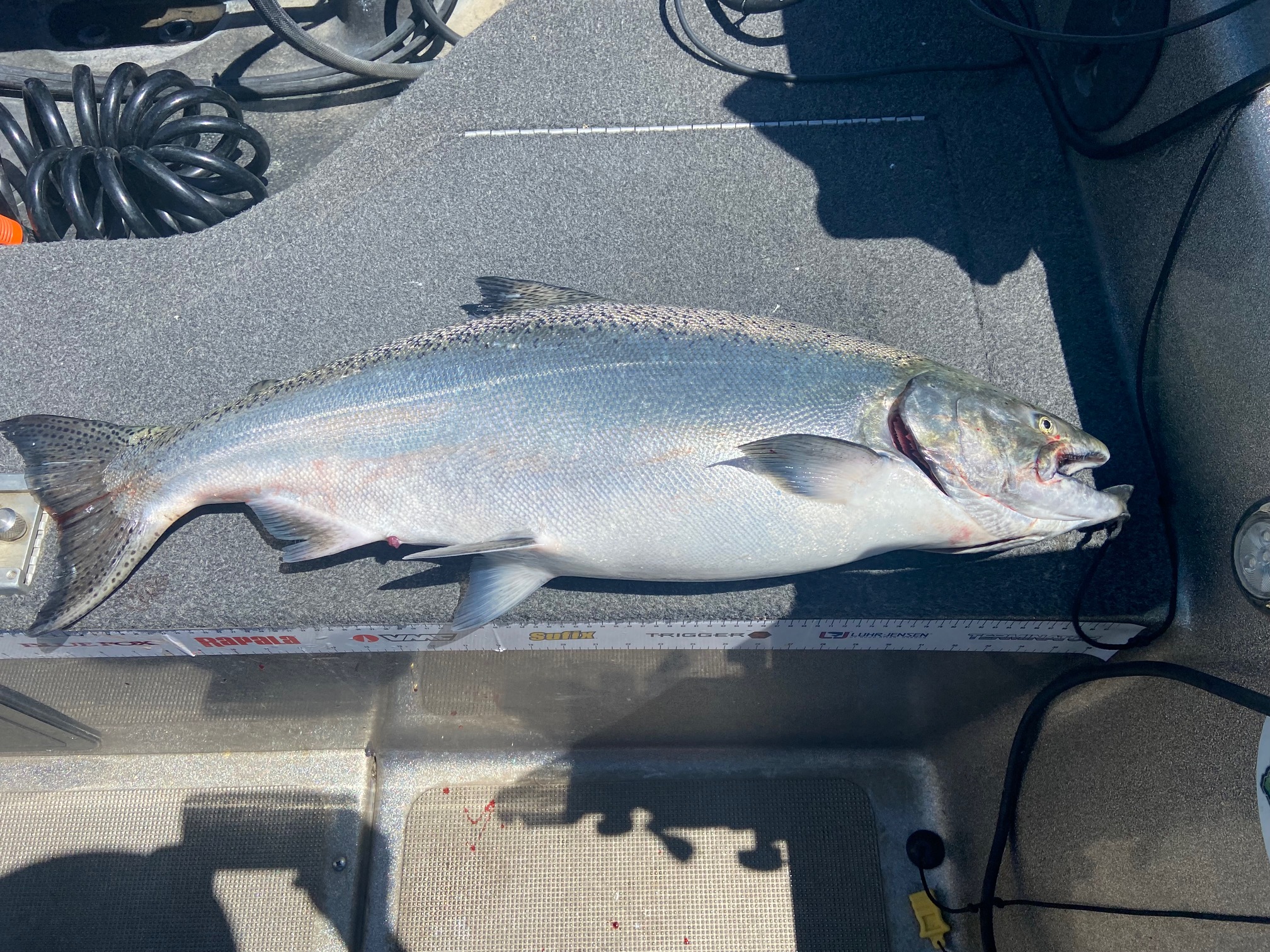 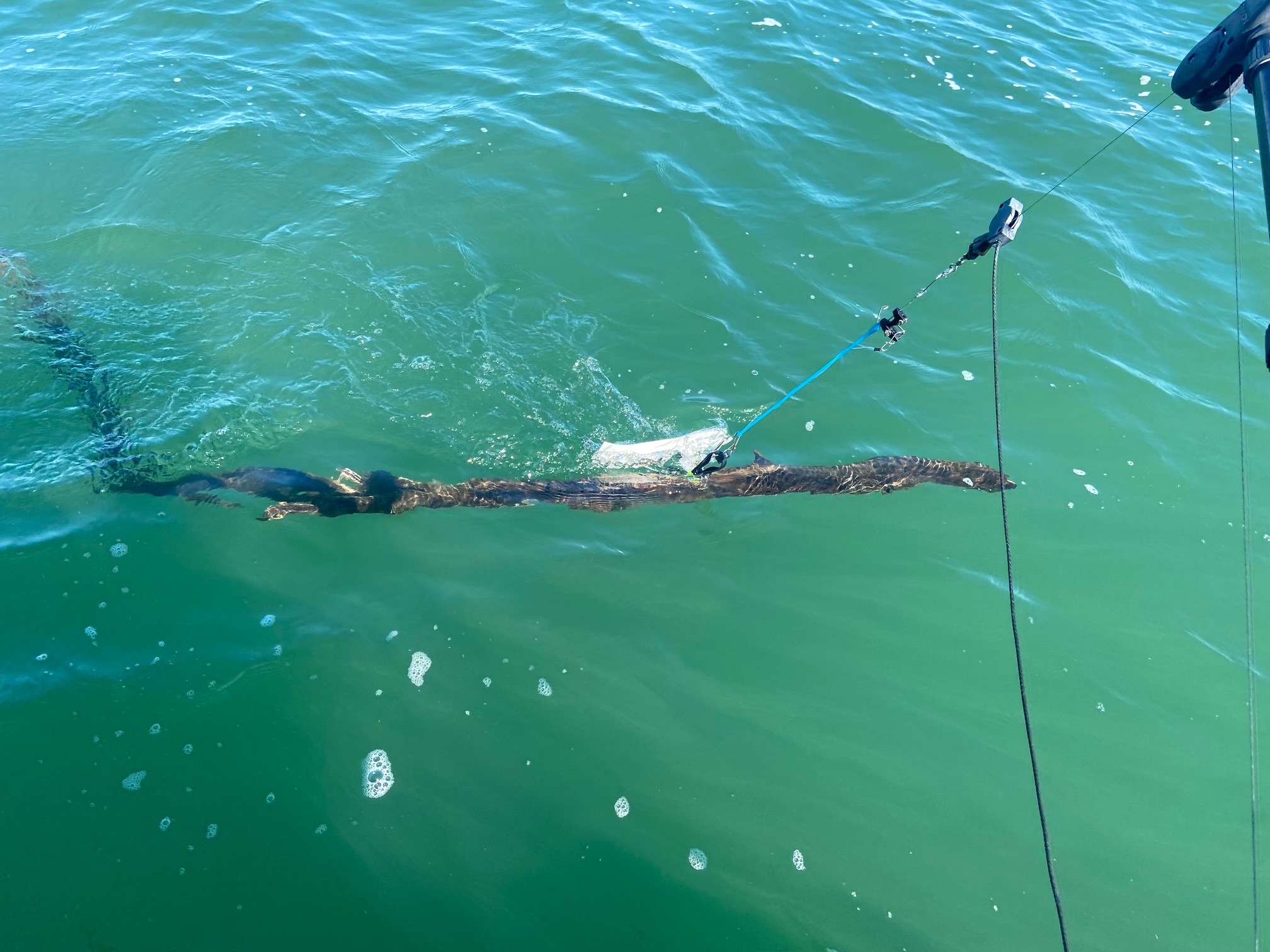 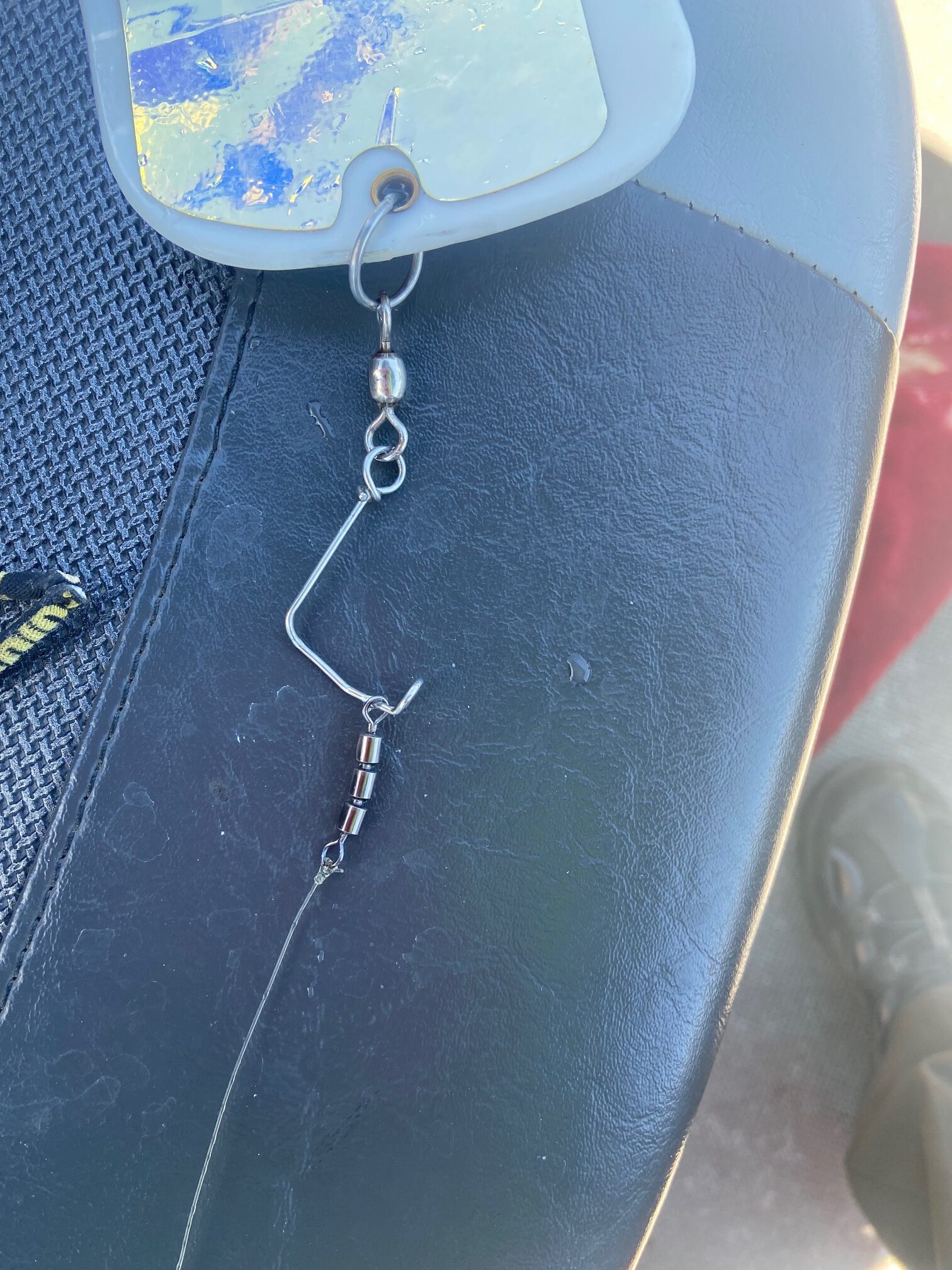