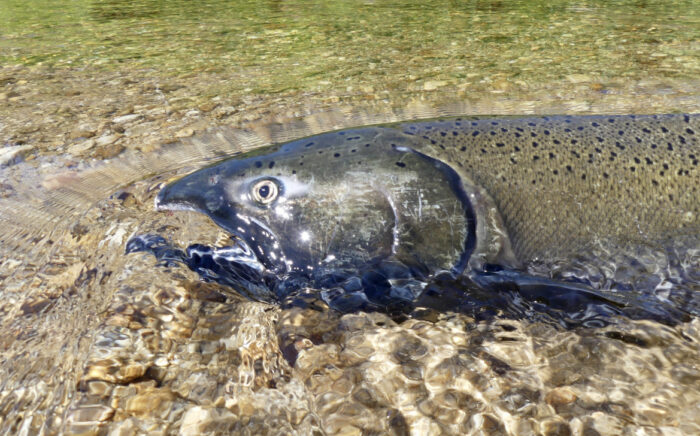 Hi everybody, I hope you had a chance to get out and fish the upper Salmon. As expected…it turned on!  Lots of fish showed up over the past week and some lucky anglers were there to catch them. Below is the weekly upper Salmon River Chinook update:

Angler effort increased compared to the previous week, and anglers reported harvesting Chinook salmon in all location codes open to Chinook angling in the upper Salmon River, except for the lowest section (North Fork Salmon River to the Lemhi River). Catch increased below the Pahsimeroi, but overall this area was slow throughout the week. Deadman Hole in location code 18 remained slow with anglers reporting that the river was still too high for that spot to fish well. Catch rate between the East Fork Salmon River and Sawtooth hatchery were some of the highest documented in recent upper Salmon River fisheries at 9 hours per fish. Below is the breakdown of angler effort and catch by river section in the upper Salmon River fishery, courtesy of Brent Beller: 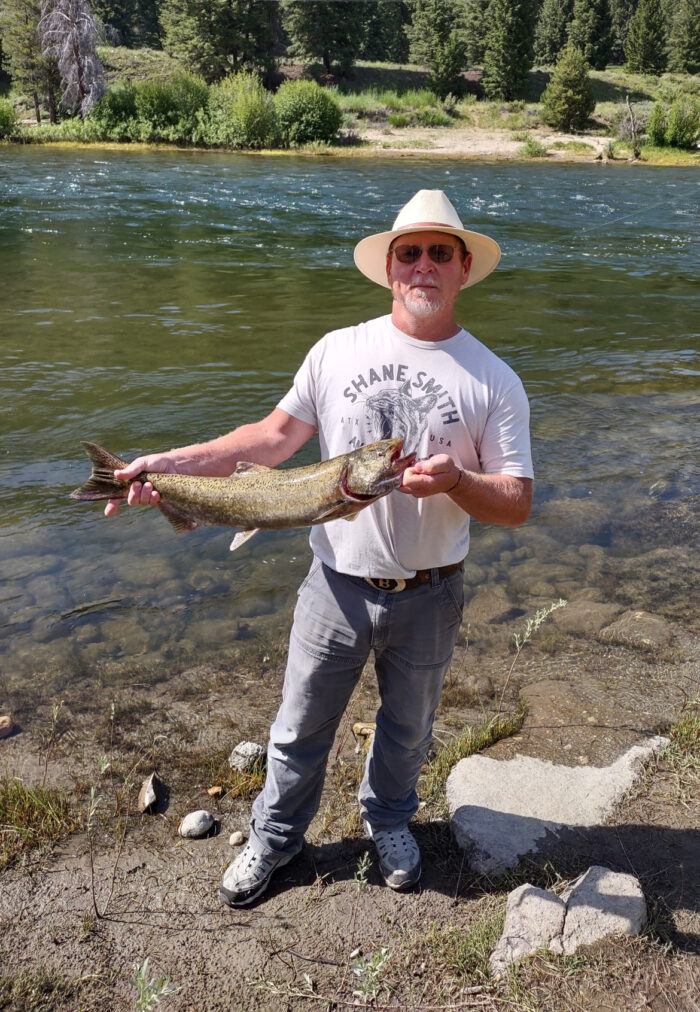 As mentioned above, fish showed up in relatively big numbers over the past week and a half, which resulted in good catch rates and quite a few fish being trapped at both hatcheries. Fish returning to the Pahsimeroi and Sawtooth hatcheries in the upper Salmon River have survived at a level higher than average on their upstream migration through the Columbia and Snake River systems, which has helped our harvest shares.

With the higher than normal survival throughout their upstream migration, the harvest share for the Sawtooth portion of the fishery has increased to nearly 700 fish. This is a combination of adults returning to Sawtooth hatchery and the Yankee Fork Salmon River. As you can see from the table above, the majority of the harvest last week came from location codes 18 and 19 (which would be Yankee Fork and Sawtooth stocks). For the entire season, we have harvested 300 adult hatchery Chinook from the upper portion of the fishery, so we’re almost half through the harvest share. If catch rates continue as high as we saw last week, we could hit harvest share and be looking at a closure sometime next week.

Through 7/11, Sawtooth hatchery has trapped 486 adult Chinook, with the majority of them being trapped over the past 3 days.

Harvest share for the Pahsimeroi hatchery return has now increased to over 600 fish, and with the limited amount of harvest we’ve seen in the lower portion of the fishery to date (46 adults harvested), I could see this section of the fishery remaining open for a while.

Similar to Sawtooth, the Pahsimeroi hatchery has trapped 432 adult Chinook through 7/11, so both hatcheries are seeing a large push of the fish. For the most up to date hatchery trapping numbers, check IDFG’s Hatchery Returns webpage.

And again, please keep an eye on the Chinook Salmon Seasons and Rules webpage for details on the current seasons and rules information

Best of luck out there everyone – it’s supposed to be hot over the next week, which might slow down the bite, but bring plenty of sunscreen and fish early if you can.