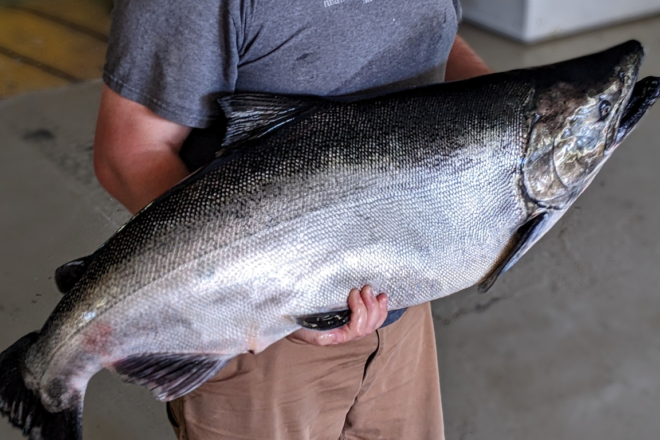 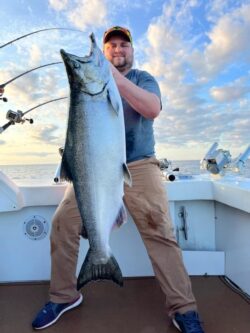 While anglers at Fort Peck here in Montana are coming down with a case of Black Jaw Fever, anglers fishing Lake Michigan are going through the same thing!

Brian Sollars, of Minnesota, had a great day of fishing with Kinn’s Sport Fishin, according to Kevin Naze via the Door County Post: 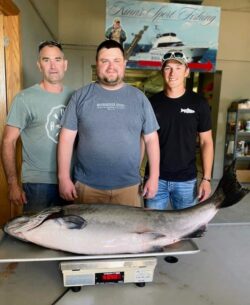 Sollars’ first fish that day escaped, but a second chance produced a 44-inch, 40.40-pound Chinook salmon – thought to be the heaviest on a state-certified scale since a Wisconsin-record 44.92-pounder was landed near Sturgeon Bay in 1994. Troy Mattson, co-owner of Kinn’s Sport Fishing, said it was the heaviest salmon ever caught in an operation that’ll be celebrating its 50th season in 2023.

On this day, the heavy salmon was caught with a Moonshine spoon set about 50 feet down in about 160 feet of water.

The increase in Lake Michigan salmon size is likely the result of fewer fish stocked from 2013 to 2019, which allowed the alewives to rebound. The cuts began after coded-wire-tag research showed that more than half of the salmon in the lake were naturally reproduced. Wisconsin has since increased salmon stocking 50%. 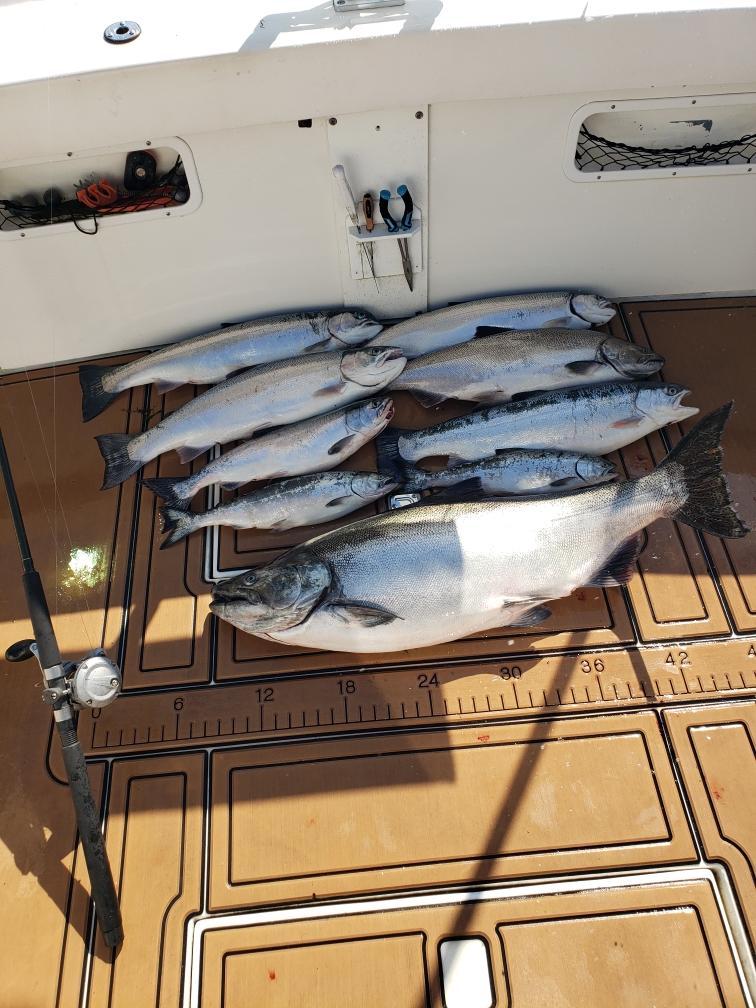