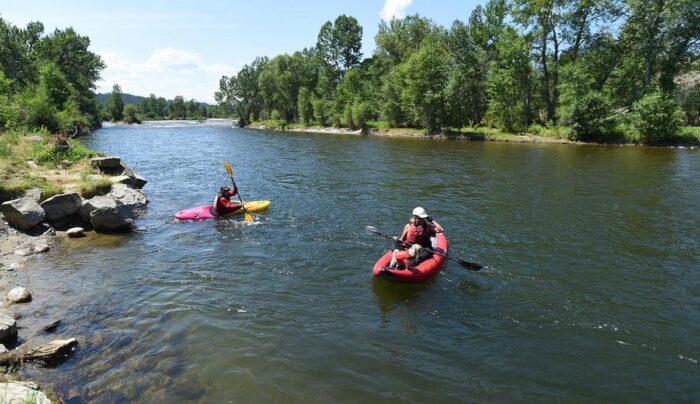 With the Stillwater River now running at around 1,000 cubic feet per second, it’s hard to imagine that only seven weeks ago it was a raging torrent. In mid-June the river recorded its highest flow at about 20,000 cfs. The flooding destroyed bridges, homes and roads. It also substantially changed some sections of the river, especially the lower stretch below Absarokee. In talking to rafting guides and kayakers, one of the most feared rapids on the river, known as the Beartooth Drop, has disappeared. In its place, several large wave trains have appeared above and below the rapid which, at higher flows produce a wild ride. The flood also scoured out portions of the channel, making it deeper and allowing boaters to extend when they can float on the river. To learn more, check out my story at https://billingsgazette.com/news/state-and-regional/boaters-amazed-at-changes-to-stillwater-river-following-june-flooding/article_e0d03e0c-1280-11ed-b4f9-0348e2c28af0.html.