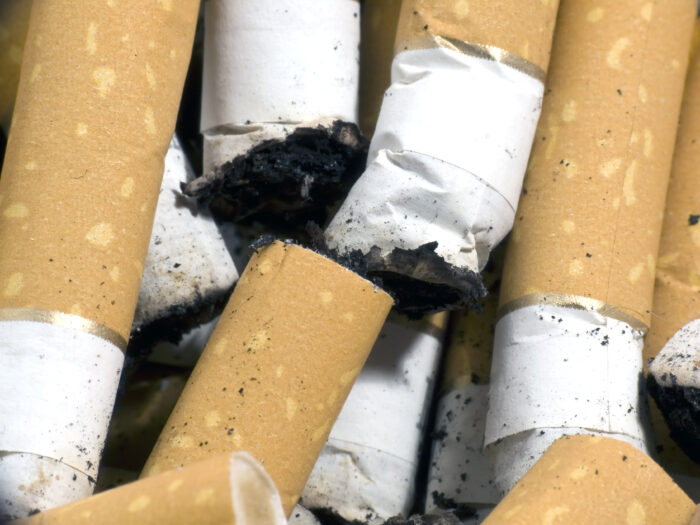 Humans will have an inevitable impact on the environment around them, as every living thing does. This impact can be positive, or devastatingly negative. One small thing that human beings have plagued the Earth with, is littering. I’m not talking trash, although that’s a big contributor to ecosystem damage across the planet. All garbage that gets into our oceans and wilderness is terrible. However, a particularly damaging little bit of trash is cigarette butts. This is because not only are cigarette butts made from non compostable plastic, they also carry chemicals that seep out of them and poison the environment around them. 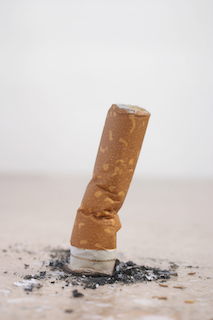 Compounds like nicotine, pesticide residues, and metal, (all of which are found inside of cigarette butts, are toxic to fish and microorganisms. According to Truth Initiative, a laboratory study was done where they leached chemicals from a single cigarette butt by soaking it for 24 hours in a liter of water. This released enough toxins to kill 50% of saltwater and freshwater fish exposed to it for only 96 hours! That kind of impact ratioed to a larger scale with more water, fish, and of course cigarette butts is deadly.

As far as how many cigarette butts are actually recovered in trash clean up, it’s significant. In an annual coastal/urban beach clean up, you’ll typically find that 30%-40% of the total trash collected is in fact, cigarette butts. That’s a huge percentage of total trash to be made up of these toxic little plastics. They’re the most littered item in 2019, according to Truth Initiative. Smokers are reported to litter as many as 65% of their cigarette butts! That’s a crazy amount of micro plastic filled with toxins being scattered around the environment.

Okay, so by now I hope you’ve gotten the point that these seemingly small offenses add up into something pretty devastating to the environment. The problem isn’t just cigarettes, especially with the massive increase in E cigarettes and disposable vaporizers these days. However, with cigarette butts being the most littered item by far out of American trash, we can start by addressing how to dispose of them in a way that’s less damaging to the environment.

Listen, just because you’re willing and able to poison yourself with cigarettes, doesn’t mean the entire planet should suffer the same fate. Let’s dig into some ways you can properly dispose of your cigarette butts to keep the environment safe!

SOAK EM BEFORE YOU THROW EM

A good way to get those nasty chemicals out of the filters and ashes, is to soak them before you throw em out. This will make sure that you’re not directly implanting those chemical bombs into the environment. You can dump this excess water into your houseplants or backyard to be filtered through the dirt. 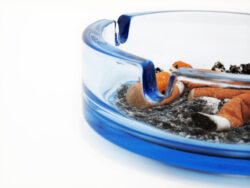 KEEP A CUP IN YOUR CAR

If you’re a car smoker, a great alternative to throwing them out the window is keeping a fast food cup in your car. Keep the lid to the cup, so you can close it up and hide it when you need to. This will conceal some of the scent, and be much better for the environment.

At the end of the day, how you dispose of your trash is your choice. It’s illegal to litter in most states, but cigarette butts can often go undetected in the offenses of littering. This is why it’s up to you, the civilian, to protect the environment and dispose of your butts in a better way. Thanks for reading! Until next time, I’m Krawdaddy Jones and this is our world to protect together. For more reading on the damaging affects of littering, check out Angela Montana’s article on littering at Tiber!