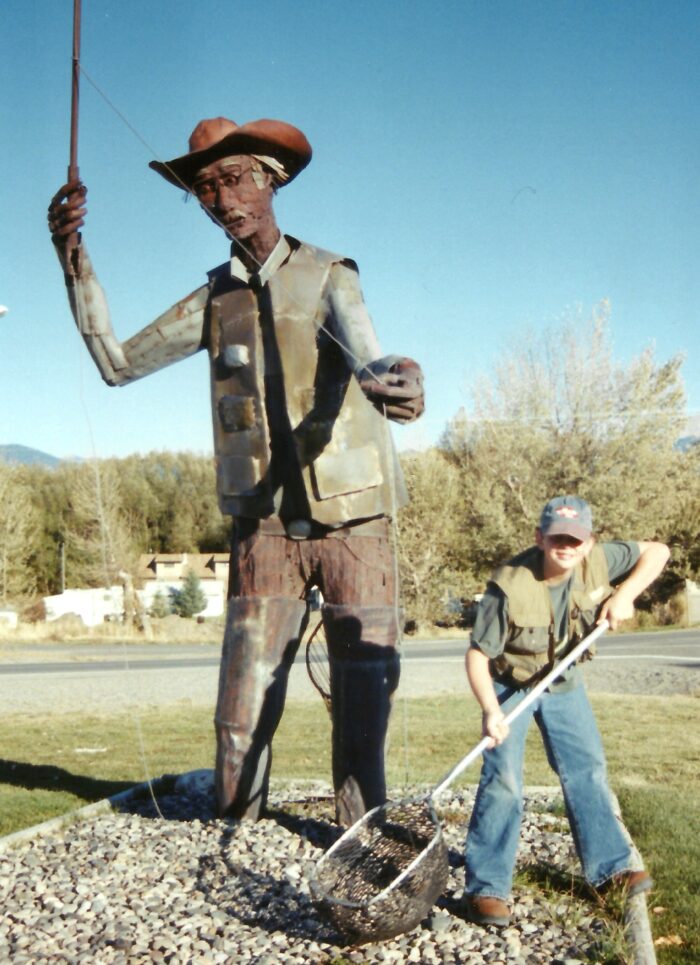 Fly casting has been around way longer than spin casting. The problem is that many new, or poor casters, are trying to cast the fly and not the line.   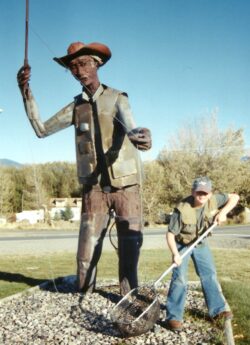 K.I.S.S casting is important. Keep It Simple Stupid. When you spin or use other bay/ boat/ bass rods, the weight of the bait or lure allows the line to come off the reel. Flipping the rod adds energy and distance.   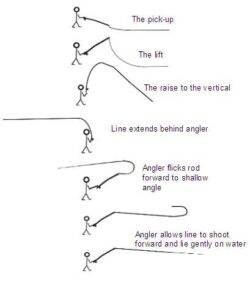 Fly fishermen need to think and work opposite. This means that you are casting the fly line, not the fly. Even a big and heavy tied fly will not travel very far. The leader is also very light in weight. The heavy fly line has more weight and can carry the leader and fly along for the ride.

What makes fly casting even more simple is how long the rod is. A standard fly rod is a 5-weight line on a 9-foot rod, or lever. The longer the lever, the easier it is to cast and land fish. Shorter spinning rods/ reels depend on a good drag to play a strong fish. Fly fishermen can use the rod and a less significant disc drag.

The other problem with most fly casters is distance. There are some cases when distance matters but generally, most of your fly fishing can be within 30 feet or less. Instead of making super long casts, wear camo, use stealth, and practice making accurate casts. The first cast is the most important, Once the fish is spooked, the bite is off.

Some fly lines are designed to be heavier in the front. These “weight forward” lines help throw the fly. When the end of the cast happens, you want the fly to be off the water, and then gently land. Don’t slap the water.

The front of the cast is when you aim. Consider the thumb, on the top of the rod handle, as your gunsight. Simply point the rod at the fish. Also consider feet placement. Your body needs to balanced and steady.  

Back cast is the most important part of the cast. If your back cast is lousy, the rest of the cast is wasted. All the casting energy comes from the line extension, and rod loading that happens on the back cast. The rod position needs to be elevated to no lower than a 10 o’clock position. If the rod drops, the line drops, the fly and leader drop. The rod does not load, the leader and fly end up in the weeds, and you never get to hit the water. Good loops happen when you make good back casts and load the rod completely.

You need to let the rod do the work and allow time for the back cast to happen and load the rod. Think of a timed phrase that lasts the time you need. For many new casters I suggest something that they will relate to and remember. Say, “I like wearing cowboy hats!”, or a sentence that takes the same length of time to say. Finish the cast and bring the rod forward on “hats”.

Kids and some inexperienced anglers get these simple ideas. When I teach casting classes, and seminars, at outdoor shows and club events, little kids step up and often cast perfectly.