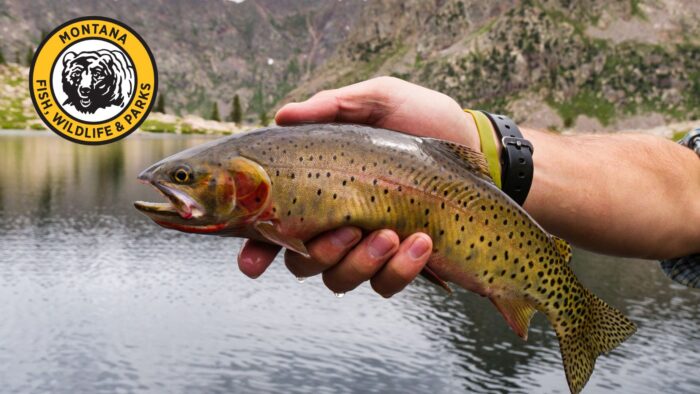 As outlined in a draft environmental assessment, the objectives of the proposed action are to:

Westslope cutthroat trout have experienced marked reductions in numbers and distribution throughout the species’ historic range including the upper Kootenai Basin. Securing a population of nonhybridized westslope cutthroat trout within the upper Kootenai drainage upstream of Libby Dam would secure an invaluable component of this special area’s natural heritage for future generations to enjoy. Moreover, conservation of native fish brings a range of benefits to local communities and is required under state and federal law.

The proposed action would have short-term, minor effects on wildlife, recreation, and vegetation. Proposed activities would be limited to Rainbow Lake and approximately 1 mile of outlet tributary directly downstream of the lake. The project would require closing public access to the lake via USFS road 7091 and trail 89.  These access closures would last about one day. Public access to Rainbow Lake would be closed during the period of rotenone and the deactivating agent persistence.

FWP expects the project to take 4-7 days. FWP would coordinate all closures with the USFS Rexford Ranger District at least one week prior to the project implementation to ensure adequate public notification of the anticipated access delays and closures.

FWP welcomes and encourages public involvement and comment on the proposed actions described in the draft environmental assessment, which is available online at https://fwp.mt.gov/news/public-notices or at any FWP office.

The public comment period will extend from Aug. 11-Sept. 8, 2022. Interested parties should send comments and questions to: