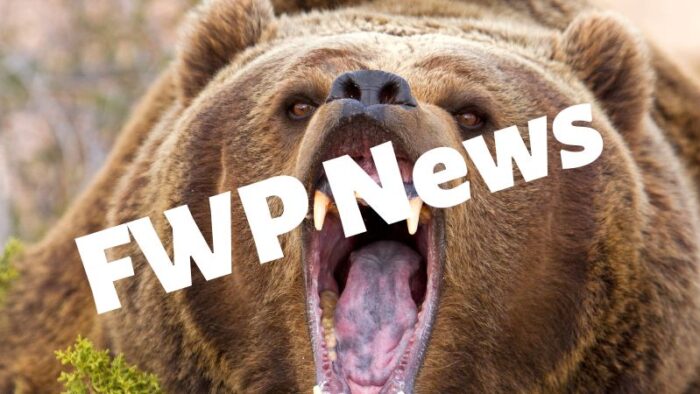 MISSOULA – Several grizzly bears are spending time in the northern Bitterroot Valley this month, with verified sightings of two bears most recently on the east side of the valley, in the river bottoms and edges of the Sapphire Mountains near Florence and Lolo.

Montana Fish, Wildlife & Parks bear specialist, Jamie Jonkel, said the recent sightings serve as a reminder of the bears’ natural expansion and possibility to be present in more places.

“We have established populations of grizzly bears to the northwest and southeast of us, so seeing bears moving through the greater Missoula area and Bitterroot is becoming more common,” Jonkel said.

After moving out of the Blackfoot, the pair began venturing further south, where it is less common to see grizzlies. FWP linked together a series of sightings, photos, and video, which showed they first crossed Interstate 90 just east of Missoula, near Turah, around Aug. 4. They then traveled south into the Sapphire Mountains and were sighted again near Florence, in the northern Bitterroot Valley, a few days later.

The bears are believed to be around two years old, which is a natural time for some bears to begin venturing out and exploring new territory.

Although the bears were reported to cross U.S. 93 and spend a little time on the west side of the Bitterroot, they are now believed to be back on the east side of the valley. The grizzlies were most recently seen in the Bitterroot River bottom, just south of Lolo, on Aug. 18. The tracks of a possible third grizzly bear have also been reported in the same area.

Jonkel says that although the bears are active and near human activity enough to be noticed, he hasn’t heard of any conflicts with people or livestock so far. They seem to be exploring but naturally trying to keep their distance.

“We’d like to do all we can to keep it this way,” Jonkel says. “This time of year, our valleys draw bears looking for berries and other food sources. If we can keep them away from unnatural foods like garbage, bird and pet food and other attractants, they’ll hopefully keep on moving along and exploring their natural habitat.”

Black and grizzly bears can be found throughout much of the western half of Montana, so it is important to review bear safety tips and keep the areas around your home free from bear attractants to prevent issues for bears and people. Consider these tips:

Keeping bear attractants secure, out of a bear’s reach, is especially important. When out, keep clean camps, store food and any other scented attractants securely away from sleeping areas and follow all food storage regulations.  Around home, be sure to keep garbage indoors until the day of collection; remove bird feeders when bears are out and active; consider using electric fencing around chickens, garden areas and compost piles; and move other attractants such as pet food, dirty barbecue grills and ripe fruit indoors or into a secure building.

To report a new sighting of these and other grizzly bears in the greater Missoula area and Bitterroot Valley, please contact the Missoula FWP office at 406-542-5500.