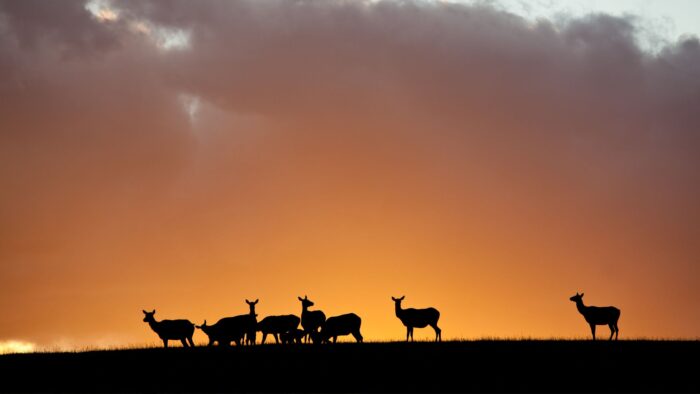 On a tight-vote, the Montana Land Board gave conditional approval this morning for the state to acquire a small private parcel to be managed as part of the Mount Haggin Wildlife Management Area.

Acquisition of the 829-acre Willow Creek parcel was a priority for hunters and anglers who were worried private development would spoil critical big game winter range.   They say today’s vote will protect wildlife habitat, increase public access, and provide new hunting and other outdoor opportunities for Montanans.

“This was the only responsible outcome for Montana and for our wildlife,” said Gary Ouldhouse, president of Anaconda Sportsman’s Club. “We thank Governor Gianforte for his leadership and are encouraged that the majority of our Land Board members agreed to create new public access and protect high-quality habitat that would have otherwise been developed and closed off to future generations.”

“We’re incredibly thankful this addition was finally approved. FWP, RMEF and the landowners deserve all the thanks and praise we can muster, yet today’s narrow and conditional approval for a project overwhelmingly supported by the public and paid for with sportsmen’s dollars reminds us we need to continue to show up and engage when it matters most,” said Scott DeSena, a board member of the Montana Chapter of Backcountry Hunters and Anglers. “We’d like to thank Governor Gianforte who showed leadership today in repeatedly expressing his support for this project with sound and reasonable justifications.”

According to Montana Fish Wildlife and Parks, the Willow Creek property was likely to be subdivided and developed had the state not stepped in.

“Given current interest in Montana real estate, the recreational value of the property due to bordering the WMA, the easy access from Interstate 90 and MT Highways 1 and 569, and the proximity to the amenities of Anaconda, this property is prime for subdivision. The current landowners have recently been approached by developers showing interest in acquiring their property for this purpose,” reads the State’s environmental analysis.

Funding for the $2.7 million purchase will come from Montana’s Habitat Montana program with in-kind support from Rocky Mountain Elk Foundation and the Montana Fish Wildlife and Parks conservation trust.

Hunting and conservation advocates say they are hopeful today’s majority vote signals continued interest in additional fee title acquisitions later this year.  At the top of that list is the creation of a new 5,677-acre Wildlife Management Area in the Big Snowy Mountains.

The Montana Fish Wildlife and Parks Commision is expected to vote on the Big Snowy proposed acquisition next Thursday.  That vote would clear the path for approval by the Montana Land Board.

“We are hopeful the majority of our Montana Land Board will continue to support strong proposals like the Big Snowy Mountains WMA, which are fiscally responsible and have overwhelming support from hunters and landowners,” said Marcus Strange, Director of State Policy and Government Relations for Montana Wildlife Federation.