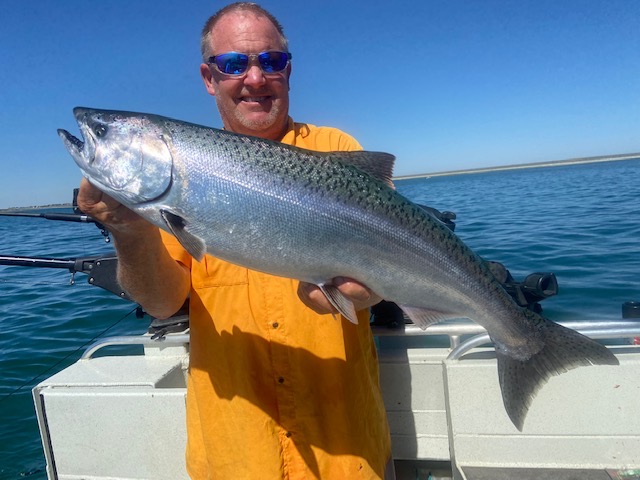 Sunday with the Salmon Slayer at Fort Peck
By angelamontana

The Captain had the opportunity to spend Sunday with Bill Zahradka, the Salmon Slayer, on Fort Peck Reservoir.  After interviewing Bill on MORS on Saturday when he hooked a salmon live on the air, it was time for the Captain to jump in with him early Sunday morning.

It was a slow day by Slayer standards, but the salmon gods gave them enough action to pull out three mature salmon and a smaller one!

They also caught two lake trout trolling a spoon 110 feet deep with no flasher.  One of the lake trout weighed 19 pounds!

That’s what we call a Sunday FUNday! 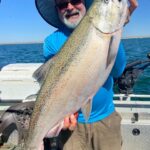 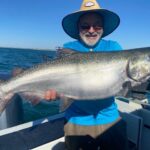 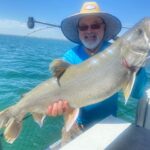