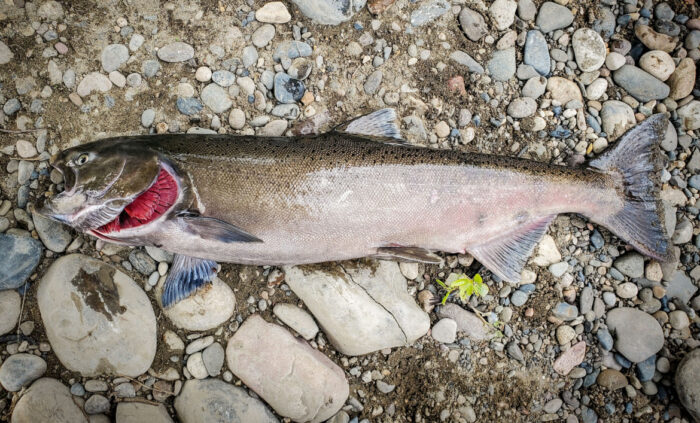 Before we get into the harvest numbers for the previous week, I wanted to let everyone know that the upper Salmon River Chinook Salmon fishery will close at the end of fishing hours on Sunday, August 7th.

It’s been a good season, and I’d imagine that almost everyone that wanted to get out and try their luck salmon fishing already has, but if not, then this weekend is your last chance.

Below is the weekly upper Salmon River Chinook update:

Angler effort during the past week continued to drop in all areas, but harvest rates were good in both location codes 17 and 19 at 13 hrs per fish kept for both areas. The majority of angler effort remained upstream of the East Fork, with most of the fishing taking place close to the Sawtooth Hatchery. Harvest rates near the Pahsimeroi River confluence picked up compared to the last two weeks, and we estimated that 51 adults were harvested (season total of 118). Moving upstream, we did not document any catch between the Pahsimeroi River and the East Fork. Upstream of the East Fork, we estimated that 41 adults were harvested (season total of 478). Hatchery jacks continued to make up the majority of the harvest upstream of the East Fork, and we estimated that 58 were harvested during the previous week.

To date we’ve harvested an estimated 478 adult hatchery Chinook from the Sawtooth return, which is still under our harvest share of nearly 700 fish. Since we have harvest share remaining, this portion of the fishery will remain open until the end of fishing hours on Sunday, August 7th.

To date, we’ve harvested 118 adult hatchery Chinook downstream of the Pahsimeroi. This portion of the fishery will also close at the end of fishing hours on Sunday, August 7th.

The Pahsimeroi hatchery has trapped 1,102 hatchery adult Chinook through 7/29.

For the most up to date hatchery trapping numbers, check IDFG’s Hatchery Returns webpage.

As always, keep an eye on the Chinook Salmon Seasons and Rules webpage for details on the current seasons and rules information, as things can change quickly.

As was mentioned in the last couple of updates, the Moose fire is burning northwest of Salmon. For anyone wanting to fish the areas between North Fork and Salmon, watch out for increased firefighter traffic and smoky conditions.  More information on the fire can be found here:  https://inciweb.nwcg.gov/incident/8249/