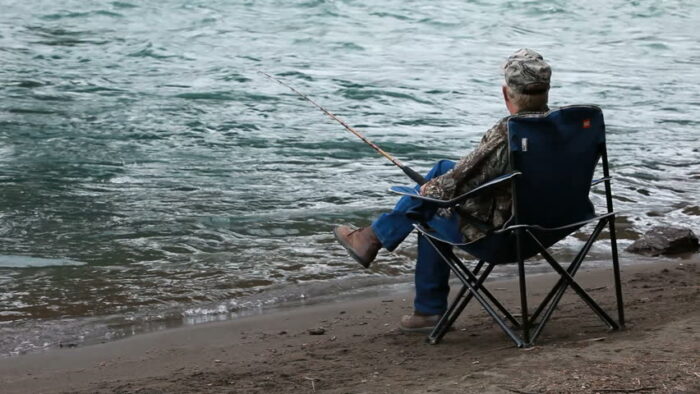 ALONE ON A LAKE!!!
By Montana Grant

Sportsmen love and celebrate their Me Time! When we are Alone on a Lake, we enjoy the quiet, private, and peaceful solitude. All Sportsmen love their private time. Maybe they are recharging, relieving stress, or just resting. No sportsmen’s time is any more or any less important than anyone else’s.

Is it me or are we asking too much to just be Alone? The other day I went to Hyalite Lake, near Bozeman. I hiked in a mile so I could get away from the crowds and exercise my legs. I bushwhacked toward the lake’s shore and found a favorable spot.

The wind was blowing directly into my face and that meant so was the food. I used a slip bobber with no stop. Once I cast upwind, I could wait for my jig to drop. When it hit the bottom, the post would stand up. Now I could modify the depth as the rig floated toward me and the shallow water. The fishing trick worked, and I was quickly filling my stringer with brook and cutthroat trout.   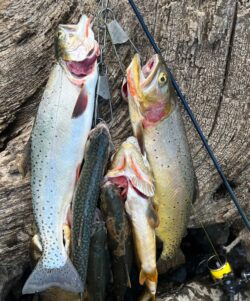 My solitude, alone time, and privacy was soon disturbed. A flotilla of drift boats, kayaks, surfboards, rafts, and hikers were all headed my way. Normally you would think they would be courteous and avoid crowding other people’s outdoor space. The conversations were all the same. “So, are you catching anything?” I would hold up my stringer and say a few words back. Next, they would apologize for getting too close and spooking the fish. It was like they were intentionally protecting the fish. Honestly, I think that they were just curious and didn’t know any better.

Next the whirl of drones became apparent. Twice they hovered overhead as I reeled in a fish. Other fishermen in their trolling boats saw that I was catching fish and suddenly veered to troll along my shoreline. They had access to the entire lake, but my tiny place was where they wanted to fish. No howdy, information, or conversation, just a wake, a wave, and trolling over my lines.

A flock of ducks also seemed to be excited about my spot. They kept swimming by feasting on algae. I lifted my lines to allow them to swim by but finally gave up. I was surprised that their little feet did not tangle my line. An Eagle also waited for a free meal in a tree just over my head. He flew on patrol every time I released a small.

It is important to respect other outdoor recreationists spaces. Your space and sport are as important to you as others. Enter other campsites by asking permission. If you can hit a fisherman with a stone’s throw, you are too close. Do unto others as you would want in return.

After several hours of catching trout, relaxing, and socializing with my new friends, it was time to leave. A thunderstorm was blowing in and was blowing me out. The hike back to the truck was a little harder carrying a stringer full of fresh trout.

Human Nature is what it is!