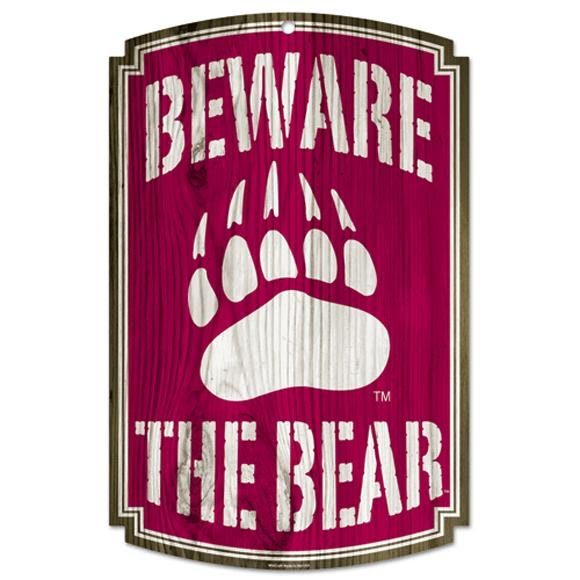 The bull elk was coming to the call. My buddy was behind me and to my left maybe 20 yards away. As Darryl called, I was on one knee with my bow ready. I knelt in front of a small pine and was hidden. As the bull came within 20 yards, Darryl suddenly yelled “BEAR”!  As I stood up, a large Black Bear was just a few yards behind me. The Black Bear quickly spun around and sprinted into the forest.

Bears have learned to come into calls and gunshots. Both signal a fresh gut pile. Had I been hunting alone; the bear would have been close enough to attack. Both of us would have been surprised and an attack could have occurred. A large Black bear can kill or injure a human as quick as a Grizzly.

Don’t hunt alone    4 eyes and ears are better than 2. Hunt with a trustworthy buddy.

Hunt into the wind     You will smell most bears before you see them. You will also smell any gut piles or carcasses.

Look for sign    Fresh sign means a bear is nearby. This means scat, scratching trees, turned over logs, and footprints.

Carry a handgun or bear spray.   If you are not hunting but just helping, a home protection style shotgun loaded with OO buckshot and slugs is a good idea. You can remove the plug and carry 5 rounds. This weapon makes for an awesome camp protection weapon as well. Remember that in most Bear Spray cases the person pulling the trigger gets sprayed too.

Consider a revolver over a semiautomatic handgun     Revolvers carry 5-6 rounds. They will fire when you pull the trigger and not jam. If you can get off more than 3 shots at a charging bear, you are better than me. If you must shoot, you need to hit the bear in the head or face. This a relatively small and moving target for a pistol round or bear spray. Large clips and calibers mean nothing without accuracy. Consider a 357 magnum with hot bear loads. This is more accurate, compact, comfortable to carry, and powerful enough to do the job. Your buddy also will have a gun.  

Avoid dead carcasses    Ravens and bird congregations will also warn of a feeding site. Bears are surely nearby. Steer Clear!

If you see the bear, back off    Make yourself look big. Be gun or spray ready. Make noise and slowly back up. Don’t Run! Leave the area.

Keep your camp Bear free     Bears will enter your camp because of food, scent, and curiosity. Have campers distribute human urine around the perimeter of the camp. Place solar lights on the perimeter. Don’t venture to the perimeter at night. Use a pee jug or wait until morning. Cook away from the sleeping area. Dispose of food wastes and attractants appropriately. Some campers use strings of lines and cans for a noise alert. Electric fences are also an option.

Make Noise     Bears are shy. A noisy camp is not comfortable for them. Smoke from a fire will also keep bears away. Play a radio and feel free to talk. A quiet camp can be more curious to bears.

You are in the Bears living room    Always be bear aware. Carry protection and stay alert. If you camp close and quietly to elk, you are in the bears buffet line. Always assume that the bear is home.

Bears are just as afraid as you are     Almost all bear encounters are by surprise. Boars will generally run off or at worst bluff charge, grit their teeth, or slap the dirt, then walk off. Sows with cubs cause most attacks. If you are between the Mama and cubs, the chances of an attack are at their highest. Mamas will defend and protect her cubs. The second worst moment if a bear feels competition over food or a carcass.

When you return to a kill site     it is likely that a bear is near. They can smell blood from many miles away. My experience is to quarter the critter and move the bagged meat away from the gut pile and carcass. For an elk this means 6-7 sacks of near 100 pounds of meat. Shuttle the meat in the direction of camp. Suspend the meat in a tree if you need to come back to carry out the rest. This way you will not need to get near the gut pile or carcass area again. Caution and alertness are still important. Observe before getting close.

Don’t Run    Running mimics wild game getting away. These means the food is on the move. Old hunters can’t run anyway. Where will you run too? If you drop your bow or gun while on the run… Chances of falling increase with each step. Hold your ground and prepare to defend yourself.   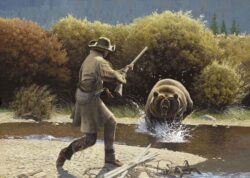 Climb a tree?    This is a good idea if you are a squirrel, but most hunters are burdened with gear. You will not have time to get out of your pack and other slings and straps. You can’t outrun the bear but if you must, run downhill. The larger back body of a bear tends to make them tumble. This may give you some time to climb a tree.

The Scare becomes real!     Your shots missed, the spray is empty, and the bear is on you. Let the bear have your pack. Turn your back and pull the pack toward your head. Ultimately, the bear will try to bite your head or throat. Protect these areas. Go into a fetal position. If the bear continues the attack fight for your life. Use a knife, rock, fists, or… Attack the bears face, eyes, nose, and mouth.   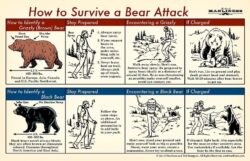 When do you pull the trigger?   Once bear spray is discharged it is everywhere. You will end up getting the spray too. This means you become blind. Bear spray in camp becomes an attractant once discharged. Move camp.  If the bear is charging head on, and within 20 yards, shoot to kill. Make the first shot count, no warning shots, especially if it is a female. Your target is the face, eyes, throat, and mouth. This means a bouncing 12-inch target that is getting closer. A male may make a bluff charge but a female with cubs will make contact.

The good news is that bear attacks are rare. Most of the time the bear smells or sees you first and has already left. Sometimes it is just a mutual hi and goodbye moment. Encounters are more likely when food and cubs are the issue, not when you randomly meet in the forest.