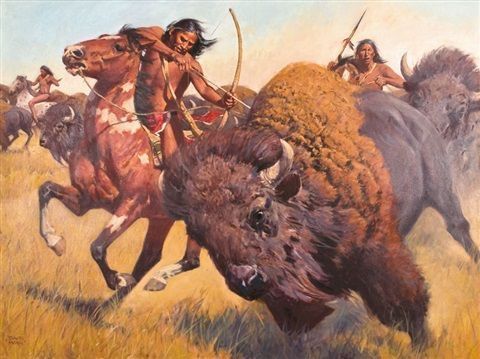 When hunters harvest a deer, elk, or big game critter, who gets the first meat? What cut of the meat is first? What meat should be eaten first?

Traditional hunters often feasted on the critters heart. The hunter that kills the critter gets first bite. This has been a ritual and tradition for centuries. It is also a way to get the most protein the quickest.   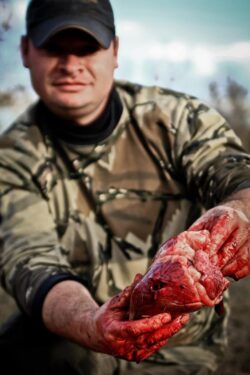 Early hunters were not trophy hunters, they were shoppers. Fresh meat was healthy and important. These early hunters had no freezers or instant ways to process the meat. Insects, heat, and bacteria would ruin their hard gained food. The dinner bell was rung when the meat was hung. Primitive hunters wasted little. The harvest also meant food, weapons, tools, and clothing.

Raw meat can be eaten. Tartare is a French way of preparing fresh, ground beef. This delicacy provides palatable and fast food. All hunters in the group can partake, based on their rank in the tribe.

Organ meat and entrails can also be eaten before they get spoiled. Intestines are rinsed and filled with chopped raw meat, roots, veggies, and herbs. This becomes a coiled sausage on the fire. Liver can also be eaten fresh but is often one of the cuts to be cooked first. Lungs, kidneys, and most other entrails provide protein and fat for soups and other dishes but must be used before spoiling.

The main cuts of meat can be smoked and salted for storage and later meals. This means jerky. Chunks of this meat were often stabbed onto a stick and baked over the fire. Modern hunters transport these cuts home for later use. This means that they are double wrapped and frozen.

The hide, hooves, bones, and skull have other uses. Brains are delicious but are also needed to tan the hides. Bones can be baked and broken open for the marrow, which is healthy and nutritious. After the eating is done, bone, antler, and hide can be used for other things.

The first meat that I backpack from a kill site are the loins and fish. The inner loins, or “fish”, are the most tender cut on the critter. The heart can also be important when making sausage or grind. For many hunters, grilled or stuffed hearts are still a delicacy. Liver, heart, lungs, and other organ meat need to be first to camp to prevent spoilage. Place them into a cooler or process them first.   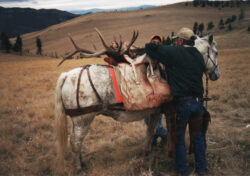 The “Fish” are cooked for the successful hunter at camp. I usually marinate them in milk, place in a bag with a dry rub, or cut them into bites with a red wine, olive oil, and seasoning marinate. These flavored treats will be dinner or appetizers for the camp. I usually brown them slowly in cast iron and cook until medium rare. You can make a gravy and serve over noodles or rice or…