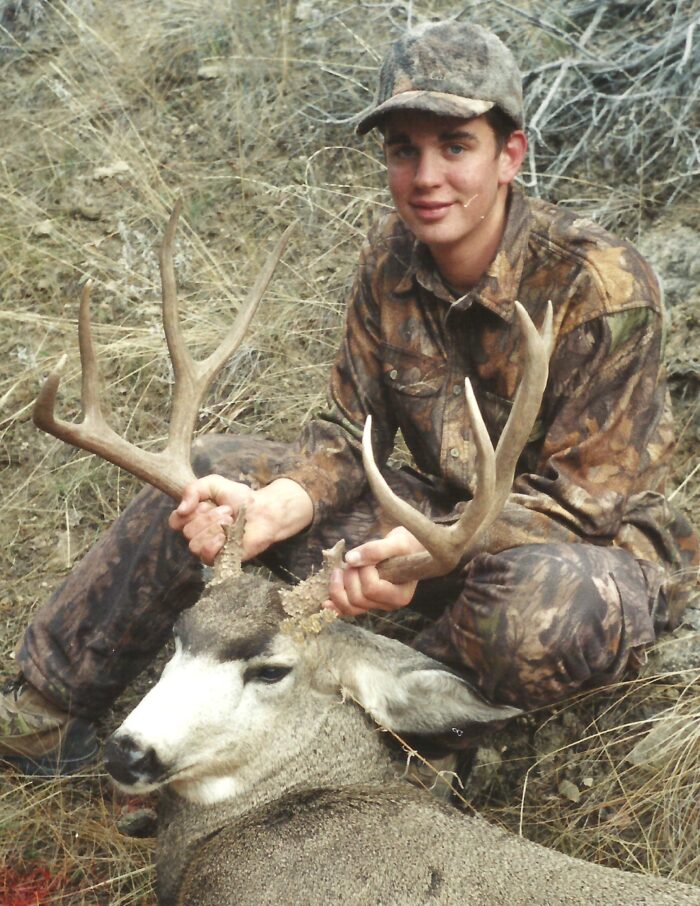 Mule deer are named for their large mule like ears. Unlike mules, they are not dumb, stubborn, or lazy. Mulies have been a mainstay for hunters throughout time. They can grow to very large sizes with huge racks.   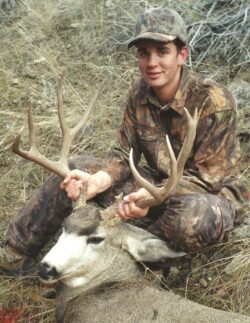 Some hunters prefer Mule deer over Whitetails. In fact, whitetails have been around longer than mulies. Both can live in the same areas. These different species of deer have also been known to mate and produce hybrids. This is most notable when looking at the racks. White tailed bucks grow tines off a main beam. Mulies grow antlers that uniformly branch. Occasionally, you will see a Mullie buck with whitetail antlers.   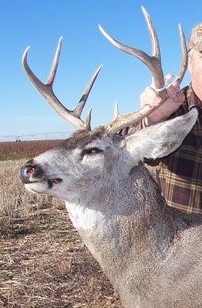 Mulies are famous for magical moments. They will often stop and look back at the hunter threat just before reaching safety. I would not count on this to happen, but I have seen it many times. These ridgeline shots are also dangerous since the bullet can arc well beyond where the hunter can see.   It is also crazy how nearly every time you shoot a great Mulie Buck, you see a bigger one within 5 minutes.

My son drew a special Mulie tag in central Montana. We saw tons of bucks and he finally picked a winner. One shot later, we were filling out his tag when a HUGE buck stood up 20 yards away. Oh well! On another hunt, I had stalked and set up on a great mulie. He was down slope of my ridgetop position. I had been scoping this buck and others for hours and finally took the shot. Just as I began to walk down to place my tag on my mulie, another monster mulie stood up between me and the downed buck!

Mule deer can show up nearly anywhere. 6 nice bucks live in my Belgrade, MT. neighborhood. They range far into Mexican deserts and high into the Rocky Mountains. The biggest buck I have ever seen was at 10,000 feet. A pair of huge bucks were walking down a rock outcropping. My buddy and I thought they were elk. We put the sneak on them but never saw them again.

Mule deer populations fluctuate more than White tails. Weather and precipitation are most important. CWD and other diseases can also impact herd health. Older mule deer can get massive but so can White tails. The hide on Mule deer is generally thicker, which makes them appear larger than White tails.

Like it or not, I still prefer to eat White tailed deer over Mule deer. Every mule deer I have harvested has a smell to it. They can stink from sage or whatever they eat. Even Mulie deer feeding on wheat or grass have a noticeable odor. Adding spice and marinades helps but if I served you both types of deer meat, you could pick out the Mule deer smell.

Mule deer are a wonderful trophy and should be enjoyed by all hunters.