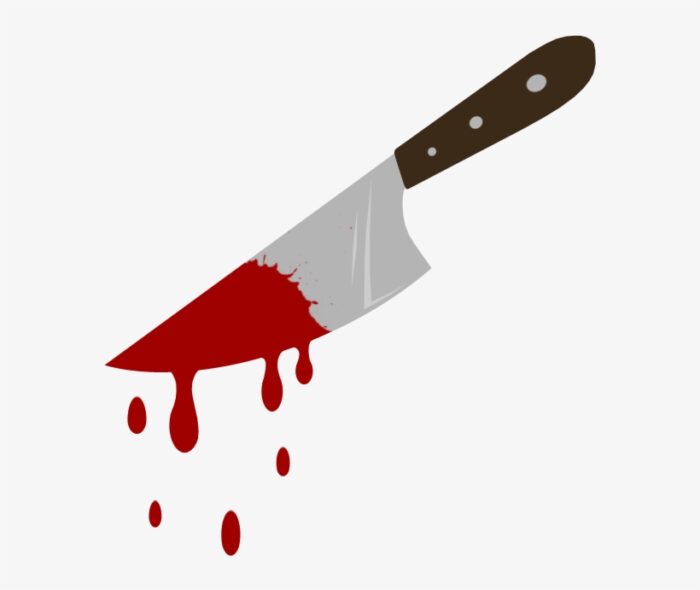 What kind of man or woman carries a pocketknife? Questions may arise about the type of knife and if it is really needed.

You can learn a lot from those that carry a blade around. Look at the worn spot on their pants. This is the first place that a carry knife wears out the fabric. You can guess the size, style, and whether the person is right or left-handed.   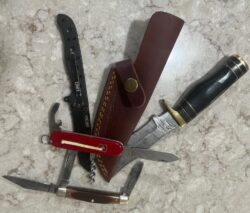 Size matters, when talking about knives. Crocodile Dundee carried a “knife”. His knife was carried in a harness worn over the back. His choice was perfect for fighting crocs down under or Grizzlies in Montana. It may be a bit big for daily needs. Cleaning your fingernails with an 18-inch-long blade takes some practice.

When I went back to Maryland to care for my parents, I had two strange cutting-edge encounters. We went to an Orioles baseball game one weeknight. The metal detector portal went off as I passed through. My small Swiss Army knife set it off. “NO KNIVES ALLOWED!” The gate attendants looked at me like I was carrying an assault rifle. They had no arrangements to store or secure my 2-inch deadly weapon, with, a toothpick insert. I was told to throw it into the trash. Instead, I hid it in one of the large plant pots and retrieved it after the game.

Later, when walking my dogs, my truck door was open, and the hilt of my Daniel Boone knife was visible in the door panel. Suddenly, a cop showed up and said that the knife was an illegal weapon. I told him that I was from Montana and always carried a knife and gun. Next, I was against the truck getting searched for more weapons. He only found my little toothpick loaded Swiss Army knife and pulled out my vintage Boone Blade. Luckily, I did not have my permitted carry pistol on my hip. Since the Boone knife was not on my belt, I had not broken the law. He warned me to store it out of my truck.

What really sucks is that as a citizen, I was not allowed to carry any protection in a city where crime and crooks are all armed to the teeth. It was nice to get home to a safer Montana.

When I set the metal detector off at a Montana Rodeo event, I was carrying a sheathed knife, and a pocketknife. The guard asked to see the blade to make sure that it was under 4 inches long. My Damascus blade started a nice conversation as he produced his sheathed knife. The line had to wait for a minute while we compared our blades.

Most knife carriers tend to be helpful problem solvers, and fixits. Farmers, sportsmen, hunters, fishermen, and gardeners are usually packing. These packers are not afraid to stand up against danger and are utilitarians that fix things. Despite having a knife for all purpose use, my most common use is cleaning my fingernails. You can tell a true knife carrier by the sharpness of their blades, and their manicured fingernails. They also tend to have less hair on the back of their hands from testing the sharpened edges.

To avoid any wear in your pocket, try carrying a blade that clips to the top of your pocket. A multi tooled knife is also a great way to pack. Leatherman’s come with a leather sheath and can transform into scissors, wrenches, saws, and other fixit gizmos.   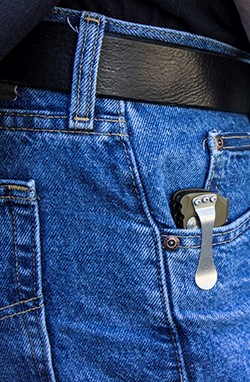 Knives are tools. You never know when you may need a knife. Opening boxes, cutting strings, or fixing something broken is when folks look at you and ask for a knife. Knives can be used as a weapon but so can a rock, stick, or fist.

My favorite knife is the classic Old Timer. It has 3 folding blades for different needs. I have gutted elk, cleaned fish, and dressed game birds with it. Many boxes have been opened and strings cut with this pocket blade. I also enjoy my Waiter model, Swiss Army knife. It was given to me by my kids one Father’s Day. The corkscrew has saved the day for many wine bottle opening needs. The flat screwdriver also works to pry open anything. My favorite accessory in the knife is the toothpick.

Criminals beware, don’t Pick on me!