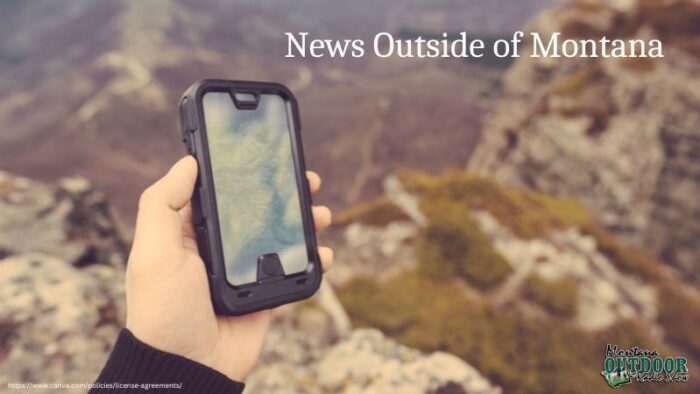 Okay, so this isn’t a Montana story, but it could very well be a Montana, or any state, for that matter, story.  It is a lesson to not be careless or reckless if you go out recreating.  Check out this press release about a couple of hikers endangering rescue teams by New Hampshire Fish and Game:

Littleton, NH – On August 9, 2022, two individuals pleaded guilty to Reckless Conduct Charges in the 2nd Circuit Court–District Division–Littleton Courthouse. Jason Feierstin, 22, of Lowell, MA, and Dylan Stahley, 25, of Windsor, NH, both entered guilty pleas in exchange for each receiving a violation-level Reckless Conduct conviction and $200 fine, plus $48 penalty assessment. The criminal charges resulted from a rescue that occurred on June 11, 2022.

At 2:15 p.m. on June 11, a hiker called 911 for help because he was “stuck” on the side of a mountain in a very dangerous position and was laying under a ledge, trying to keep from falling off the cliff. The hiker was unable to relay his position to dispatchers and was only able say that he could see the highway. Through 911 tracking, the hiker was determined to be on the east side Franconia Notch State Park, on a feature known as Hounds Hump, near the Eaglet. The hiker had been with a friend, both of whom had not followed a trail, but started climbing the steep ledges. The hiker told dispatchers, “We were exploring.” The friend had been able to continue ascending, but eventually called for help because he too could not find a way down from the cliffs.

Rescuers, who were professional guides for rock climbing, were unable to reach the location of the stranded hiker from the bottom of the cliffs, and instead were forced to climb above the hiker and descend to the area he was thought to be in. The stranded hiker’s friend was found by rescuers, but could not lead them back to his friend’s position. Even after several hours, the hiker still had not been located because of the dangerous terrain. At approximately 6:30 p.m., a search and rescue team member spotted the hiker from an observation position on I-93 and was able to utilize a drone to gather additional location information. This allowed the command team to talk the rescue climbers in to reaching the ledge with the stranded hiker. By 7:21 p.m. rescuers had been able to rappel down to the stranded hiker and placed him in a harness to be extracted.

The hiker and rescue team then conducted a challenging climb to the climber’s trail for the Eaglet, which was the only safe way to descend back to the Greenleaf Trail. The whole rescue party reached the command post at Exit 34B on I-93 at 9:37 p.m.

Conservation Officers learned from the two hikers they had no plan for a hike that day. They were not familiar with the area, did not stay on any trail, and did not have any equipment or even footwear for entering such a steep and dangerous location, much less ropes, harnesses, or climbing gear. Both hikers were issued summonses to court for Reckless Conduct. Their reckless actions placed the rescuers in danger of serious bodily injury.

“The safety of rescuers is paramount in the execution of search and rescue missions. When people put themselves into hazardous situations needlessly or by being ill prepared, and put rescuers in harm’s way, they need to be held accountable,” said Lt. James Kneeland of the New Hampshire Fish and Game Department’s Law Enforcement Division.

Conservation Officers want to encourage people to enjoy the White Mountains but also to understand that they are accountable for their decisions and actions. For complete information about the Recreate Responsibly Guidelines visit hikesafe.com.

You are responsible for yourself, so be prepared: