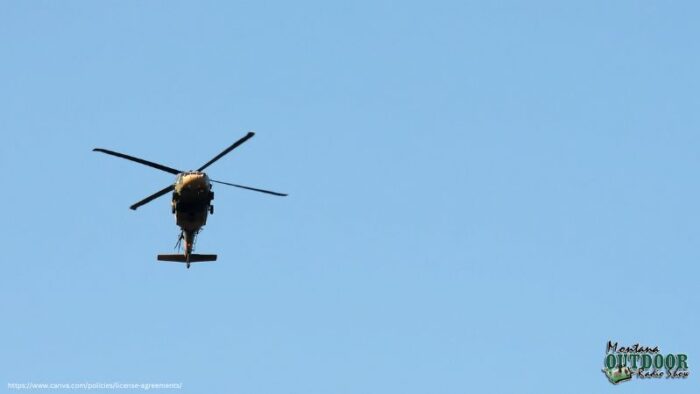 Oh, goodness.  When you’re out in the wilderness, it is very important you know how to signal properly.  You just never know if your rescue chopper will think you’re waving hello rather than showing you’re in distress.  It really is a thing, and check out what happened to a Colorado hunter recently.

Earlier this month, a group of hunters in Colorado called 911 when one of the people in their party didn’t return to camp the previous night.  According to CBS Colorado, Summit Rescue Group loaded up some hikers in a Blackhawk helicopter and got a ground crew out on the trail.  The chopper pilot saw a man that seemed to almost match the description of the missing hunter.  However, the person they saw apparently had the wrong color backpack, because they later found out he had it upside down.

Plus, the pilot thought the man just waved hello at him.  There were no apparent signs of distress.  So, they left.  However, not long after that, the ground crew found the man and rescued him.  They found him cold, tired and dehydrated–and they most likely gave him a lesson on signaling.

It just goes to show that regardless of the location of the wilderness you’re in, make sure you know how signal if you do get into some trouble and don’t have necessary tools to find your way out of an area.  A distress signal is aggressively waving with both hands repeatedly and not just throwing one hand up in the air as a wave. Close call for this hunter!