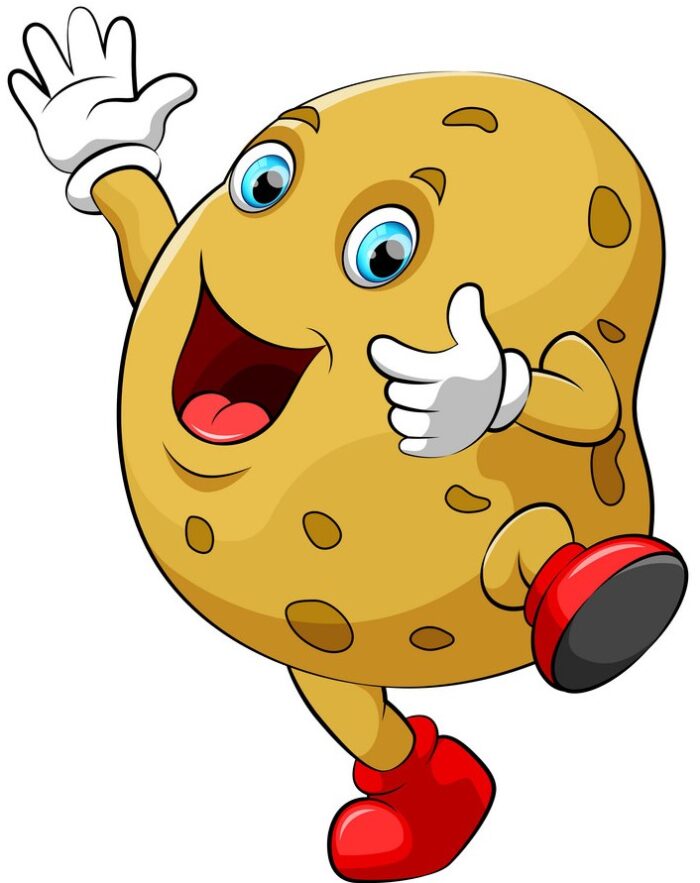 Fall is spud picking season. Taters are fat and full. Farmers have killed the overburden and ware now digging up their tater treasure. No hunting camp is without a sack of Tates! You simply can’t enjoy an elk, antelope, or deer steak without a tater on the side.

Taters are mainly water. Over 80% of the tate is moisture. They have been growing from seed potatoes since Spring. Irrigation has made them fat and happy. They also have other hunting uses. As a kid, we would bake a hot potato and wrap them in foil. These became our pocket warmers and later our lunch.

In Gallatin Valley, tates were truly gold. The gold rushes and military forts needed a regular supply of starchy tates. The miners used their hard-earned gold to pay for food. Local Dutch farmers mined their potatoes and other crops to sell to the hungry diggers.

When the Dutch farmers around here are done with their harvest, there are plenty of leftovers. They often allow locals to pick up what’s left. These may be small tates and decent sized tubers that the harvester missed.

Most of the tates in Gallatin Valley become seed potatoes for the future. Maine and Idaho potatoes come from Montana stocks.

If you can dig your own tates, leave the dirt on when storing. They will last for months in a cool garage. Just keep them above freezing. Wash them when you use them.

My favorite tater use is Potato Soup. Hunters and fishermen at camp can’t get enough. I make it thick and hearty. Here is a recipe that my mother used. It has warmed the guts of my family and friends for generations. Try it and see what you think.   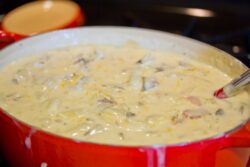 A tube of sausage or cut up bacon. Ground meat also works well

1 can of chicken broth or some bouillon cubes

The beauty of this recipe is that you can easily make it your own. Boil the peeled tates until starting to get soft. The tate water is good for the soup. Add less if you want the soup to be thicker. Brown the sausage, ground, or bacon and onions. Mix everything together and smash the tates into chunks. Let simmer. Before you serve the soup, add a pint of Sour Cream. This makes the gravy silky smooth.

Serve with fresh biscuits or French bread and butter.

Even the emptiest hunter bellies can fill up and warm up with this recipe.