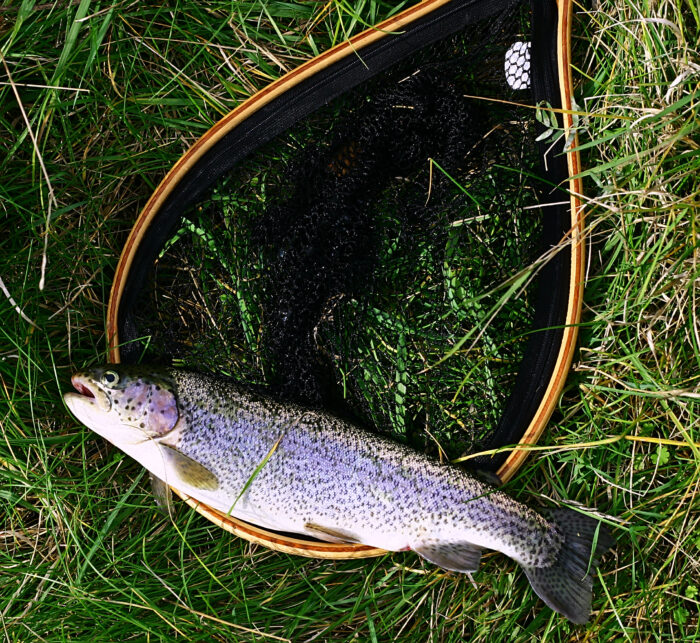 If you’re fishing in Montana, you’re sure to come across the most common fish in the lakes and rivers here. This fish is none other than the mighty Trout. Not only are trouts the most common freshwater fish in Montana, they’re also of a 6 species variety. This means that when you’re catching em, being able to quickly identify what kind of trout they are will be helpful! Let’s get down to it then, fishermen.

Likely the best known species in North America, the Rainbow trout are identifiable by a few aesthetic features. They’ll have a vibrant pink stripe that runs along their side, that’s where the rainbow part of their name comes from. Along with that, they’ll also have black spots on their body, and a wide, square tail. Off of this point, there’s a few different types of Rainbow Trout. They look a little different than freshwater Trout, because they’re the anadromous or sea-run type. 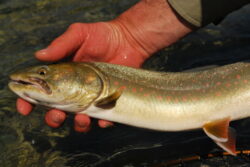 The rarest Salmonid in North America, this fish is going to be harder to come across than the other Trout. If you do catch one, it’s likely that you were looking for it. They’re mostly in Washington, Oregon, British Columbia and Alberta. The best way to tell if you’ve caught a Bull Trout is by their size, and the shape of their tail. They’ll be likely over 12 lbs, and have a non forked tail. 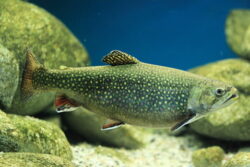 Tiny in comparison to the other Char fish, they average 1-2 lbs and barely ever reach into double digits size. They have squiggly markings on their spine and a red underbelly with bright white fins underneath. They’re native to the east of North America, and they live in all of the Great Lakes. Any body of water that’s cold enough, you will likely bump into these little guys. 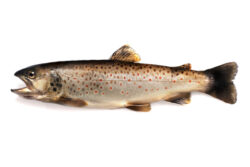 A European invader, the Brown Trout can be golden or silver in color, depending on the water within which they live. They’ll be easy to recognize from the red-orange spots with silver rings around them. They look more like salmon than any other species of Trout, and this is because they’re more closely related to Salmon than they actually are to Trout. They were brought to North America from Germany, and are an invasive species. 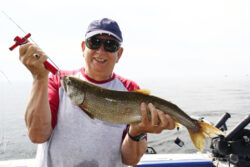 This particular fish can grow up to over 80 pounds! They’re large, cold water fish and the size of them is the easiest identifying factor by far. They also have creamy, blurryish spots all over them and a deeply forked tail. They have several names that depend on where you catch them, from Mackinaw, Namayacush, Grey Trou]t, Touladi, or Togue. 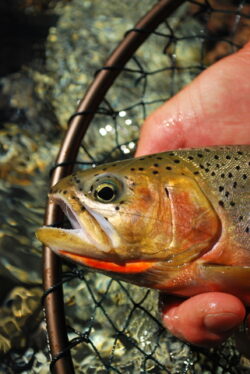 Most distinguishable by their dramatic red coloring underneath their jaw, Cutthroat Trout are smaller than their Rainbow Trout friends. They’ll also have small blak spots on the top half of their body. There are 11 different species of Cutthroat Trout alone, and each subspecies looks slightly different. Overall, the dead giveaway is the vibrant red underneath the jaw of the fish.

With any species of fish in the wild, you’re going to have crossovers and hybrids. With Trout and Char fish already having so many variants, new fish could be discovered! Keep an eye out for these key factors when fishing, and thank you so much to Fishing Booker for great info on these amazing fish! Check out Hook ‘Em Harry’s great video on Rainbow Trout Fishing  from a few years back! Until next time, happy fishing!